The hidden side of empathy

After a long hectic day, I look forward to telling bedtime stories to my son. One night I told him the story of the boy who cried wolf. But Vihaan wanted the ending to be changed! He didn’t want the boy to be eaten up by the wolf, because “then he would bleed and that would hurt,” he said, cringing with the felt pain of the boy. I smiled, proud of my son’s innate sense of empathy, a virtue I hold dear.

I have always believed that being in someone’s shoes, even as an actor, was not just a technical tool to perform myriad characters, but was to truly understand lives and choices that were different from mine. So when I attended a talk by Bill Drayton, the founder of Ashoka Foundation, I was deeply moved by his thoughts on empathy. He believed it should be as central to children’s education as math, science and history. He was certain that in the future, it would help them become change makers of the world. This resonated deeply with me, as I am struggling to find a school that would make such values their priority.

How easy it is to be moved by things that reaffirm one’s beliefs. But when they are challenged, it’s truly uncomfortable. Recently, in one of my classes at Yale, the psychology professor, Paul Bloom, started his class by announcing “I am against empathy”. He sure got everyone’s attention! 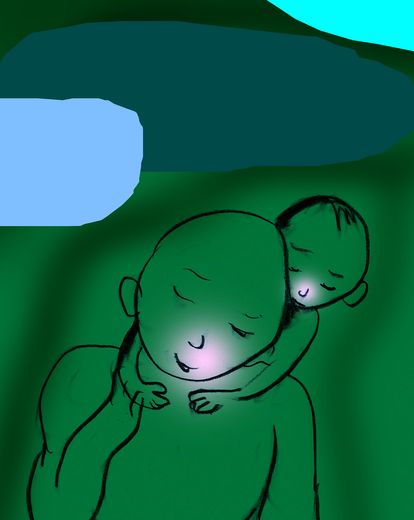 I wondered if he had a different definition of empathy, but it was the same as mine―“to put yourself in another’s shoes, to feel their pain”. He even agreed that when you empathise with others, you are more likely to help them. So, where was the problem?

In brief, his point is that “empathy is biased; we are more prone to feel empathy for those who are like us or share our ethnic, religious or national identity. It connects us to particular individuals, real or imagined, but it is insensitive to statistical data and the bigger reality.” A photo of one sad child will invoke more empathy than actual data showing millions dying of diarrhoea. We would feel more for victims of natural disaster near home than for those in a worse situation on the other side of the world.

Bloom argues, “In light of these features, our public decisions will be fairer and more moral once we put empathy aside.” But his most shocking argument was from a recent study, ‘The (non)relation between empathy and aggression’, which reported that only 1 per cent of the reduction in aggression is accounted for by empathy. This means that if you want to predict how aggressive a person is, and you have access to an enormous amount of information about the person, the last thing you would look at is the person’s empathy!

Through the talk I found myself resisting the arguments, but on reflection, I feel that there is more to empathy than we think. While for me it still remains a positive attribute, I would definitely look deeper into it. I can see how empathy for the familiar one can lead to the othering of those that are less “one’s own”.

There are lessons of instinct to be learned from a child and rigorous analysis from a Yale professor. After all, issues of ethics, morality and values are complex and prone to subjectivity, prejudice and bias. But I do believe to feel empathy is both human and good, so long as we question its motivations and implications. I think our own commitment to justice will benefit from a more nuanced understanding of even the most cherished of our liberal beliefs.