I am onto my third month at Yale and surprisingly my experience has been as much about motherhood as it has been about the fellowship. As I sit down to write after an evening of trick-or-treating on Halloween―a first for Vihaan and me―I feel a sense of joy and fatigue. We went house to house, with a bag, to be admired for Vihaan’s spotted cow costume and rewarded with mini chocolates or a plastic spider. While he soaked in this new experience, we both disliked the fake spider webs enveloping porches of the houses with jiggling skeletons, and wondered why most children were dressed as ghosts and scary beasts. He already began to ask amusing questions―Why are they scaring children? Why is it funny to look like you are dead? If chocolates are so bad, then why are they all giving us so many?

By no means I am diminishing the challenges of being the only Fellow who is temporarily a single mother of a four-year-old. My typical day starts at 6am, when I reply to urgent mails, get ready myself, then get Vihaan to speed after negotiating through excuses to laze around, and run to catch the Yale shuttle bus to the day care. From there I go to my classes, attend meetings, give a talk or screen a film, do whatever the day throws up. And when the clock strikes 5, I pick him up and we are back home where I cook, clean, bathe him, tell stories and put him to bed. Phew! Of course, this is what most working women do, in fact often with two or three children, and not all have stimulating days to offset the fatigue. 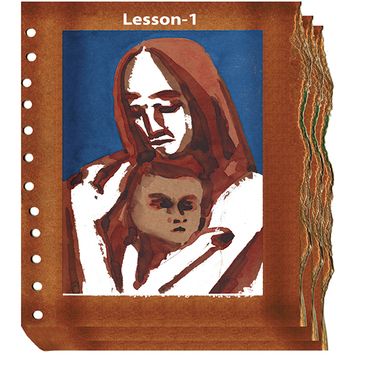 This routine for me, having been spoilt back home with the privileges of help, was especially exhausting. But slowly in those mundane chores, probably because of the newness of this situation, the joys, too, crept in. Now bath time has transformed itself to a time for spontaneous conversations and healing of fears, like that of water poured over his head. When I cook and Vihaan sits on the table, peeling sweet potatoes or drawing ducks, he tells me all that is on his mind. I am getting to know how he thinks, forms ideas and processes new words. Here, he also helps me a great deal more, like setting the table, putting away things and eating on his own.

A few days ago, Vihaan got a bit cranky in the day, but didn’t want me to talk about it then. So at bedtime, I told him we will do “sorrys and thank yous” for the things we have done through the day. If I bumped into him while turning around, he would remind me that I need to add that to my list of sorrys. And if he was whining about something, I would tell him the same. A game we both look forward to! But two days ago, after we thanked each other for small gestures of goodness, we had nothing to apologise for. So he said, “Can we do funnys instead of sorrys on days like this?” This brilliant idea has not only helped decrease our list of sorrys but has also made us store away funny stories of the day to exchange at night.

No way do I wish to glamorise or simplify the challenges women feel in doing all they have to do. In fact here, I have more deeply thought about the struggles, dilemmas and the burden of guilt―a common thread among most working mothers. Initially, I felt miserable, on one hand, leaving Vihaan in a day care for eight hours at a stretch and, on the other, not doing things that were beyond the mandatory in the Fellowship, like interacting with the group outside the formal spaces. There are no easy solutions, and we have to find our own balance.

Today the two of us are learning almost as many lessons at home as in our respective schools. So the deeper learning for me has been that any new experience is more complex than it poses to be. And often in its crevasses are more hidden gems than those that initially glitter.