No Shyam in sight

In less than three months, I will start shooting my film, Manto, based on the life and works of one of the greatest South Asian short story writers, Saadat Hasan Manto. This being my second directorial film after Firaaq, I knew that filmmaking was a long and arduous process, even more so when it is a period film. Recreating the 1940s and journeying with a complex protagonist surrounded by motley historical characters is exciting, but also hugely challenging.

Between finding less conservative producers and relentless location scouting, there was one problem that I hadn’t quite anticipated—the casting for the charismatic actor and Manto’s closest friend, Shyam. Today an unsung hero, he was at the time a huge star with his super-hit film Dillagi. He fell off a horse at 36, ending his life and career at its peak. Shyam is pivotal to the film and to the turn Manto’s life takes during the religious strife of partition.

Manto described himself as a ‘walking talking Bombay’ and so it remains a mystery why he left his beloved city for Lahore. His writings suggest that it might have been the sense of perceived betrayal by Shyam that forced him to make this difficult choice. Shyam, however, remained a loyal friend to Manto till the very end. His impulsive anger and later his guilt had a direct impact on Manto’s life. We will get to see a complete arc of Shyam’s character in the film. 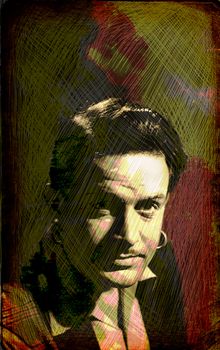 Naively, I thought that known young charming actors, wanting to play the layered character of Shyam, would be in abundance. Intriguingly, all the “stars” I approached said no without even reading the script or asking any questions about the role that was being offered. Their sole reason for declining was that Shyam would be seen as the “second lead”. As Nawazuddin Siddiqui, an accomplished actor, is playing Manto, I want to ensure that Shyam is no less.

With every potential actor that I approached, I understood the connection between the roles they choose and the perception of their “worth in the market”. In simple terms, the road to stardom is to play the lead, have the girl and be heroic in the climax. I thought I could work around this by offering a credit of “special appearance” or “many thanks to” kind of status, elevating it from what they call a second lead. But to no avail.

The logical question would be, why not just take a talented and committed newcomer who resembles Shyam? Not an easy option as the financiers of the film want to reduce their risk by casting stars, who draw big crowds, ensuring at least a good opening at the box office. After 40 films and 20 years of being on the fringes of the film industry, I realised how little I knew about market forces and what drives them. I never saw acting as a career, freeing me from insecurities and image building. For me, the excitement has always been about being part of stories that must be told and the promise of them being well-told. Guess I can only think like myself.

Elsewhere in the world, too, filmmakers face similar challenges. Yet, for every superhero film made, there is also a film like Boyhood and mega-stars like Brad Pitt and Leonardo DiCaprio who are committed to doing indie films. Today, in India, the perception is that good stories are finding producers and audiences. Are they really? For every unconventional story that does become a film, there are scores that don’t. They just can’t keep up with the commercial requirements and marketing demands.

The whole edifice depends on this system, making conformity the only choice. This is especially true when the film is relatively expensive, as is in my case, because of its premise. This is no rant. I just wanted to share, with sadness, that in times when both the desire to tell and the need to hear diverse voices is imperative, my difficulty in finding Shyam seems like a parable of larger happenings around us.