Dhaniben faced the surveyor with some trepidation, playing with her infant nervously. They were in a semi-built slum deep into the labyrinth of Vasna in Ahmedabad. The surveyor had a long list of questions to understand Dhaniben’s levels of health and hygiene and the current practices regarding maternal and infant health, menstruation, hand washing and similar issues.

We were about to embark on a controlled study in two Ahmedabad slums to assess the success of performance-based interventions to educate the public on these issues.

Dhaniben’s community, the Devipujaks, are poor and barely educated. The women mostly sell vegetables and the men are house painters or do other odd jobs. Their homes are unclean and goats live with the family. Garbage and child faeces are chucked outside the house. The women do not breast-feed newborns for the first three days and believe that newborns must be given water from birth. Their goddess forbids the wearing of white during menstruation so sanitary pads cannot be used. They do not connect dengue with mosquitoes or mosquitoes with puddles of water. The children and mothers are malnourished and young kids chew on readymade fried foods and biscuits. Kantaben, who is in a similar slum far away, has the same views and opinions. Most people think home deliveries are best and throw away food given at the anganwadi as the packages are mostly rancid. All along the slums are cows eating the anganwadi food. 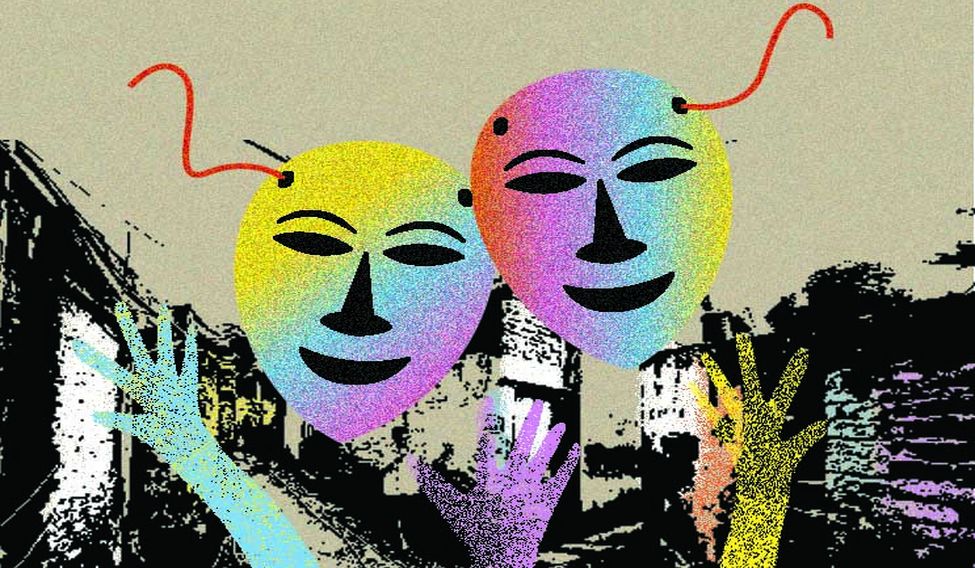 Over the next six months, Dhaniben, her neighbours and the children of her slum witness a series of performances that talk about―through theatre, puppets and catchy music―their misconceptions about health practices. Kantaben’s slum does not. Some of the interventions used the Boal technique, developed by Brazilian director Augusto Boal and also called the Theatre of the Oppressed. Actors perform a piece where characters pointedly say things that are incorrect, or a doctor gives wrong information on a topic where an earlier performance had given the correct details. The audience is invited to intervene if they feel the characters are wrong or need to be corrected. At first, Dhaniben is reluctant to bring attention to herself. The children, however, are bolder. As soon as a character misleads the audience, they shout, “No, you told us last time that is wrong. You must wash your hands before every meal and you must clean with soap, and under your nails.” By the last intervention, Dhaniben and many more women are emboldened to speak, though they will still not come onto the makeshift stage. To facilitate this interaction, the actors take mikes to the audience. And the women give out correct health tips―infants should be fed only breast milk for the first six months, pregnant women must take iron tablets throughout their pregnancies and much else!

While surveys are yet to be conducted to assess exactly where Dhaniben and Kantaben are in their understanding and practice of healthy behaviour, the audience reactions indicate that the messages have certainly been understood well. Not only by the women but by the children, who now correct their mothers.

We at Darpana have been doing work using the arts for social change and transformation for three decades. We are sure the results of this study will prove what we believe, that the arts are a persuasive language to transform the country. Our hope is that the people who control corporate social responsibility funds understand that until the mentality of people changes, no real change happens. And art, if properly used, does just that.