Have you ever wondered when and how the institution of marriage started and for what? Or have you never thought of it? Did you assume that it was always there? The recent Supreme Court judgment against considering marital rape as rape that is punishable by law got me thinking about the institution in today’s context, and that got me delving into its history.

The definition of marriage varies according to different cultures, but it is principally an institution in which interpersonal relationships, usually sexual, are acknowledged.

In most ancient cultures, marriage was a way for two families to unite strategically for safety, prosperity or for furthering economic progress. The bride and groom, especially the former, were mere cogs in the wheel, chess pieces in a much larger game.

In her book Marriage, A History: How Love Conquered Marriage, author Stephanie Coontz says of marriage: “It was a way of getting in-laws, of making alliances and expanding the family labour force.” But with it came certain expectations of roles, of protecting and providing, of being available and labouring in the house.

With prevalent patriarchy, the roles became gendered, with the wife being supported and keeping herself available sexually, keeping the house for the husband, and producing and looking after children, all for a roof over her head and no rights. 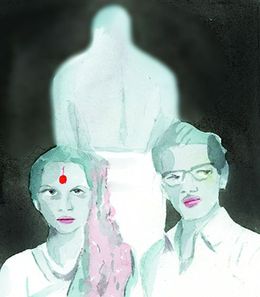 In India and some other countries, marrying within the family became common to keep the family wealth within. It still prevails to a large degree, especially in many parts of south India. Polygamy, too, took root, with men taking several wives for producing more children to carry on their line.

Even when the law brought in monogamy, mistresses and ‘small households’, a euphemism for a mistress kept as another wife, were common. Hardly ever did polyandry take root. And the women continued to put up with it because they needed protection for themselves and their broods.

In many ways, we are far more advanced today. Discussions are on about gay marriages and many parts of the world have made them possible. More and more people are living together and not bothering about church, temple or civil vows. Why then has the attitude towards women in marriage not changed?

A woman still allows herself to be given in kanyadaan (given away in marriage). From here, she accepts the entitlement of her husband. If she is given away like an object, then he can do with her what he wants, use her for sex or as a servant or as a punching bag. And she must, through societal pressure, if not legally, lump it. Yet, for many of us, the conditions have changed so fundamentally that this paradigm need not be accepted.

Many women are financially independent and can stand on their feet and hold a roof over their heads. So the protector and provider roles of the husband are gone. Society, too, however grudgingly, is accepting single women, who do not want to get married and are doing their own thing.

If an economically independent woman does get married, the husband no longer remains the sole provider. She, too, pitches in. And in all probability does most of the housework, gets pregnant and provides the future line of progeny. Why then must she accept his entitlement over her body? How is that justified? It is not. The Supreme Court judgment is gender-biased. One day, soon, it must be overturned and marital rape must be accepted as rape.
editor@theweek.in

Your form could not be submitted.
This browser settings will not support to add bookmarks programmatically. Please press Ctrl+D or change settings to bookmark this page.
Topics : #Last Word | #opinion