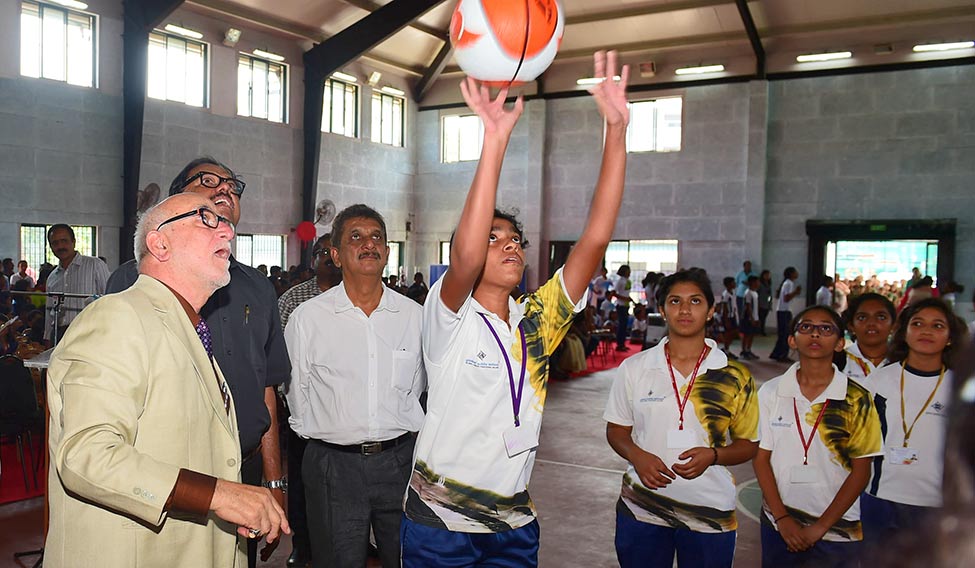 On December 21, 2016, when the game of basketball was celebrating its 125th anniversary the world over, veterans of the game assembled in the 14 district headquarters in Kerala to cut cakes and share a dream: to pass on their passion for basketball to the next generation.

Exactly one month later, they organised a mega event, Hoopathon, under the banner Team Rebound. More than 12,500 children—all beginners—participated in matches on 125 courts in the state. Though the target of the hour-long event was to score 1,25,000 points, the children exceeded expectations and scored more than 1,50,000 points. The Kerala Basketball Association supported the event in celebration of the quasquicentennial.

Said A.M. Iqbal, president of Team Rebound, “Our idea was to introduce young children to the game by giving them a feel of scoring points on the basketball court. Their love and passion for the game was quite overwhelming. All 12,500 children, who participated in the Hoopathon, were given ‘Certificate of Induction’ into basketball on the same day and each school that participated was given six basketballs.’’ Iqbal was part of the national team in the 1970s. 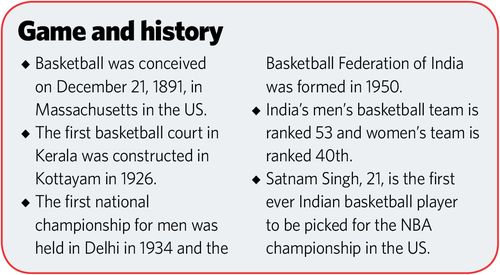 Iqbal recalled Kerala’s long history of playing basketball. “While we were young, there were only three popular games—football, basketball and volleyball. The YMCAs across the state played a very crucial role in popularising basketball,’’ said Iqbal, who had played for YMCA Kottayam, where the first basketball court in the state was built in 1926. In fact, it was in a YMCA in Springfield, Massachusetts, that basketball was conceived. Dr James Naismith, a sports coach, framed the first set of rules on the wall of the YMCA in Springfield on December 21, 1891. The new game quickly caught on after Naismith’s 13 initial rules were spread across the world through YMCA newsletters.

Kerala’s performance in basketball has been consistently good. Its women’s team recently won the national basketball championship. The state is also home to many national captains of either gender.

Said Abbas Montasir, former national player and Arjuna awardee from Mumbai, “Kerala has a strong history of basketball and I was very happy to see the same passion even among the younger generation. There were so many children eager to participate in basketball—something you get to see rarely in other states.”

Montasir, who was dashing and agile on the court four decades ago, was the chief guest at the inauguration of Hoopathon. “India was a team everyone took notice of during the 1960s and the 1970s,” he said. “Since then our standard has been sliding and naturally the game’s popularity got affected. But Hoopathon can give a new lease of life to the game.”

It is exactly what Team Rebound aspires for. Said former national player R. Anil Kumar of Hoopathon, “We want to motivate the younger generation and with Hoopathon our idea was to increase the number of hits. We are happy that we could take the initial step in that direction.’’

Team Rebound, said Anil Kumar, had a reason to focus on scoring rather than on dribbling. “Shooting at the basket gives the kids quite a high, as it gives them a sense of achievement. We wanted to trigger that excitement in kids,’’ he said.

Having taken the first step, Team Rebound wants to focus on enhancing quality. Said Anil Kumar, “Passion for the game has already been created. Now we need to skill them up, and that has to be done quite aggressively.”

If the dreams of these veterans come true, more Indian hoopsters will go places, like the 21-year-old Satnam Singh, who was picked up for the NBA championship in the US.