Bird of a different feather 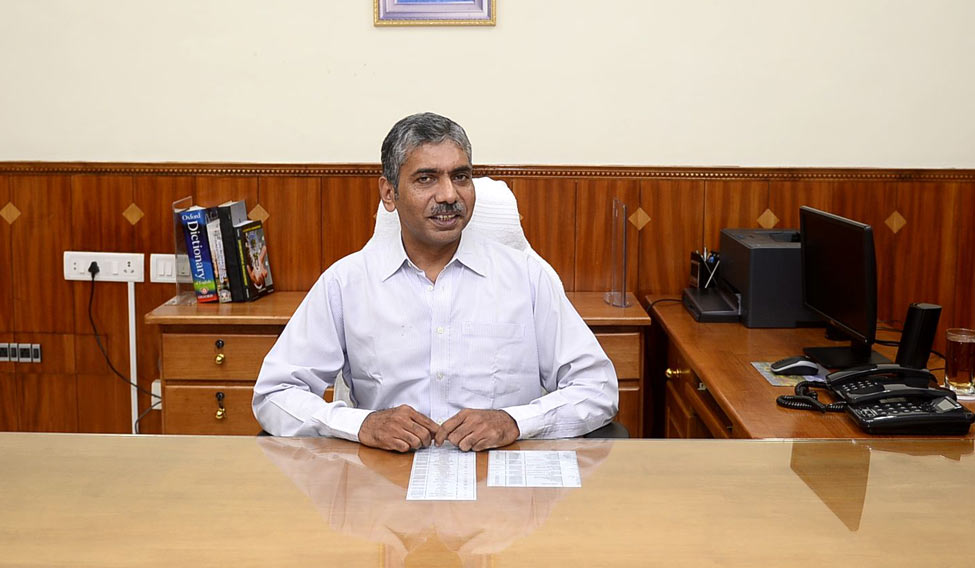 His style of functioning sets him apart; it also sets him against his peers. Meet Jacob Thomas, the Kerala government’s point man in battling corruption

A ‘parrot’ has been ruffling quite a few political feathers in Kerala. He is Jacob Thomas, director of the Vigilance and Anti-Corruption Bureau (VACB).

It was opposition leader Ramesh Chennithala who described Jacob as a “parrot caged by a fortune-teller”—the fortune-teller being Chief Minister Pinarayi Vijayan. The implication was that, like a parrot picking cards on the fortune-teller’s hints, Jacob was being choosy about the cases he wanted to pursue. Vijayan countered this by saying that his party, the CPI(M), did not believe in caging birds. Ask Thomas whether he is a caged parrot, and he says, “I am rather a kingfisher that will catch the fish even in muddy water.”

Thomas, who has six books to his credit, loves talking figuratively. The 1985-batch IPS officer also holds a black belt in karate and does yoga for one and a half hours every day. Some call him the ‘Vinod Rai of Kerala’, while others brand him a headline hunter—the consensus being that he is a polarising figure.

As additional director-general of VACB in 2014, he went after ministers in the Oommen Chandy government who were alleged to have taken bribes to issue bar hotel licences. He was soon transferred to the fire and rescue services department, but even that low-profile posting could not keep Thomas from making news. He took on prominent builders for violating fire and safety rules and withheld clearances for high-rises, thus provoking chief minister Chandy to call him “anti-people”. Thomas, who was shunted to the Kerala Police Housing and Construction Corporation, responded by publicly airing his displeasure over the comment. He even went to the extent of waving a sellotape before the media to protest the government’s efforts to silence him.

When the CPI(M)-led Left Democratic Front government came to power in May this year, one of the first decisions it took was to appoint Thomas as VACB chief. He took charge in June, exactly a year after he was shunted out of the VACB.

Thomas has two PhDs—in agronomy and human development—and has spent the most part of his career in non-police departments, including horticulture. The fact that he does not have much “real policing experience” is something his critics never fail to point out. “Jacob Thomas has spent most of his career in horticulture and ports. How can someone who has never been a real police officer be eligible for heading the VACB?” asked a senior IPS officer who is in the “hit list” of Thomas.

Thomas, however, faults those who raise this criticism. “Real policing is all about creativity, mind and intellect,” he said. “Only those who do not understand the modern dimensions of policing allege that I have no track record in policing.”

Several senior IAS and IPS officers, who refused to go on record, said Thomas had never sat in a chair for more than four months and that he always abdicated responsibilities. As VACB chief, his decision to initiate inquiries against several senior civil servants has set the powerful IAS-IPS lobby against him. The IAS Officers’ Association recently passed a resolution against him and approached the chief minister for “protection from harassment”. Soon after that, stories started appearing in the media supporting and criticising him.

Amid the row, Thomas wrote to the CM expressing his willingness to step down. The fact that the letter came immediately after he started inquiring into charges of nepotism against E.P. Jayarajan, who recently resigned as industries minister, put the government in a spot. The chief minister, however, assured Thomas of the government’s “full support” and asked him to continue.

Critics say the offer to quit was “pure drama” intended to ensure support from the ruling front, as there are several allegations against Thomas, including an encroachment case in Coorg. “The vigilance director has been acting impulsively without following any procedure. We have brought this to the attention of the CM and he is looking into it,” said Tom Jose, president of the state IAS association. Incidentally, the VACB has registered a case against Jose for having assets disproportionate to his income.

Thomas, whose retirement is due in 2020, is not bothered about the brickbats. “I will continue my fight against corruption till Kerala becomes more vigilant and watchful. I want people to become active players against corruption,” he said, pulling out a pair of red and yellow cards from his pocket. He had shown the cards to the media the day he had taken charge as VACB chief. He said he would keep them in his pocket for as long as he was in his current post.

For the moment, at least, Thomas seems to hold all the aces.