What has Ockhi to do with melting Arctic sea ice? Possibly everything 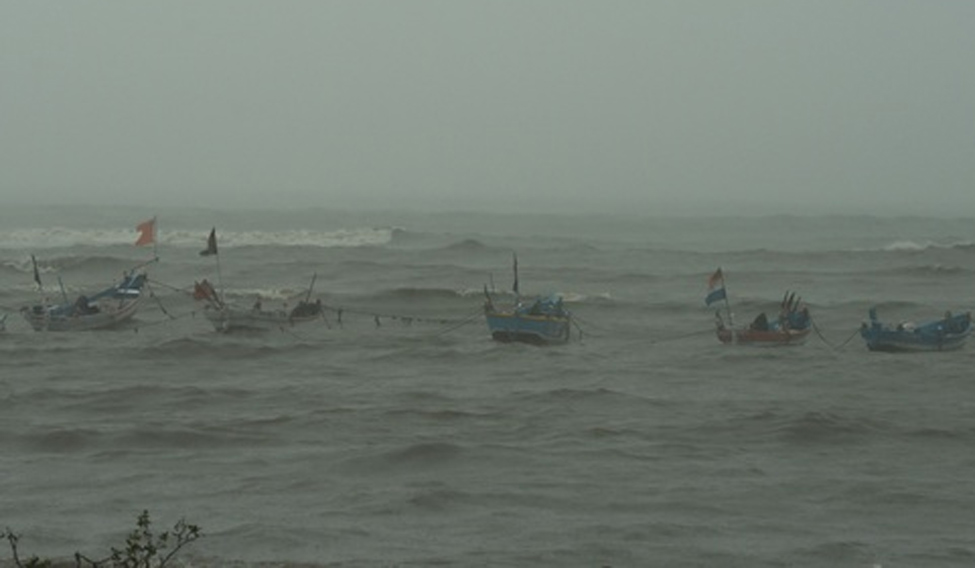 (File) According to Nandan, Ockhi is the result of this climate change

What has Ockhi, the cyclone which left behind an alarming trail of deaths and destruction in Tamil Nadu and Kerala, has got to do with the Arctic sea ice? A lot, according to a scientist who was part of the path-breaking research team which found out that the Arctic sea ice was melting faster than expected.

Vishnu Nandan, lead author of the research paper undertaken by the Cryosphere Climate Research Group under the Department of Geopgraphy, University of Calgary, Canada, categorically establishes the link between the waning Arctic sea ice and Ockhi and other tragic weather phenomena like El Nino. The findings of Nandan and his team that ice free Arctic ocean will become a reality earlier than 2050 has made the science community sit up and take notice. This is indeed a very bad news for the entire world.

According to Nandan, Ockhi is the result of this climate change.

“One of the biggest implications of rapid Arctic sea ice loss is definitely the exposure of polar ocean waters to sunlight. This is because as the Arctic Ocean loses its sea ice cover, the open ocean is exposed to sunlight during the summer season, which results in more ocean warming. With global warming, as sea ice loss continues to intensify, polar oceans, especially in the Arctic, warms up more, which further warms up the mid-latitude oceans. This is what has been happening over the past few decades. Furthermore, as ocean temperature increases, the intensity of tropical cyclones also increases and becomes even more destructive,'' said Nandan when asked about the possible connection between Ockhi and global warming. 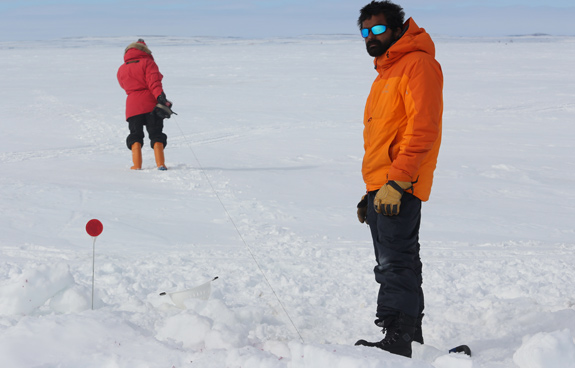 Nandan further said the temperature of Arabian sea was recorded close to 31 degree celsius in the case of Ockhi cyclone. “It is way too warm. So obviously, climate change may be considered to be a strong reason for this destructiveness,'' he added.

Comparing Ockhi to other destructive cyclones like Irma, Harvey, Maria, Alia, Phailin and Vardah, Nandan said they all had exhibited severe warming of ocean waters, resulting in more intensified cyclones.

Nandan, who had done extensive research in Arctic area, braving the hostile weather there, said it is imperative to see that everything in nature is so closely connected. “Arctic sea ice loss results in Arctic ocean getting exposed to sunlight for longer time which in turn make the Arctic ocean more warm. This in turn affects mid-latitude oceans through enhanced warming and this will result in increasing intensity of tropical cyclones which results in greater destruction,'' he said.

That the sea has changed over the period is something that is vouched by the fishermen in the affected coast.

“`We have never witnessed anything like Ockhi till now. The sea we knew is not the same anymore,'' said Clement Benjilas, 65, a survivor of Ockhi. He had spend two days in the sea amid the high waves when Ockhi was in full fury.

“Everything in this world is interconnected. Every tree we fell anywhere in the world will have its impact all over. Fishermen are the first victims of any climate change,'' said T. Peter, leader of National Fisherfolk Forum.

According to him, the fishermen had been witnessing strange undercurrents in the sea off late. “Many never-before things are happening in the sea and we really don't know where we all are heading,'' said Peter.

According to Nandan, the solution to global warming lies with the same people who are responsible for it. “Most of the recent changes in the Arctic sea ice loss are caused due to human-induced warming, including industrial pollution, biomass burning, deforestation, oil spills and forest fires. The first step that is mandatory is creating awareness among general public, especially among young children and adults,'' he said.

It is high time that drastic steps needs to be taken in this direction, said Nandan whose work was carried in the much-revered 'Geophysical Research Letters'—a peer reviewed journal by the American Geophysical Union.

“Our next generation and their actions will define how our world will look like in the next century. Use of renewable energy sources, imposing carbon taxes, green commutation and being energy efficient, can all help us reduce climate change,'' he said.

Your form could not be submitted.
This browser settings will not support to add bookmarks programmatically. Please press Ctrl+D or change settings to bookmark this page.
Topics : #Cyclone Ockhi | #Climate Change