Spain experiences a record heatwave, May to be the hottest month of the century

At least 13 regions were on alert due ot heat 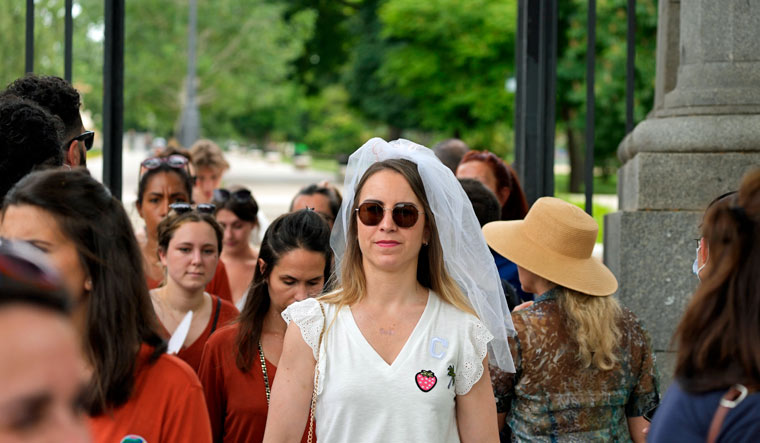 People leave the Retiro park after police urged everyone by loudspeaker to leave due to possible strong winds in Madrid, Spain | AP

Spain is facing a heatwave with some areas recording a scorching 44 deg C on Saturday. Temperatures soared above 15 degrees above average over the weekend.

According to Spain's State Meteorological Agency (AEMET), at least 13 regions were on alert due to heat, and the temperatures could provoke storms in five of them.

People in the south of the country "waved fans, glugged water and splashed themselves at fountains" on Saturday as the heatwave descended on the region, a Reuters report reads. The AEMET, on Sunday, tweeted, “Saturday, the 21st, was the warmest day in May for the whole of peninsular Spain since at least 1950. It is very significant that the average temperature on this day exceeded the normal average for any day of the year in our country, including midsummer.”

An AEMET spokesperson, Ruben del Campo, told CNN, "This episode is very unusual for mid-May and could be one of the most intense episodes in the last 20 years." The government has advised people to stay hydrated, and wear light clothing and recommended that a close eye be kept on children, pregnant women and critically ill people.

Several countries around the world including India, Pakistan and parts of the US have been experiencing extreme heatwaves.