We are more Hindu than Modi and BJP, Shashi Tharoor tells Barkha Dutt 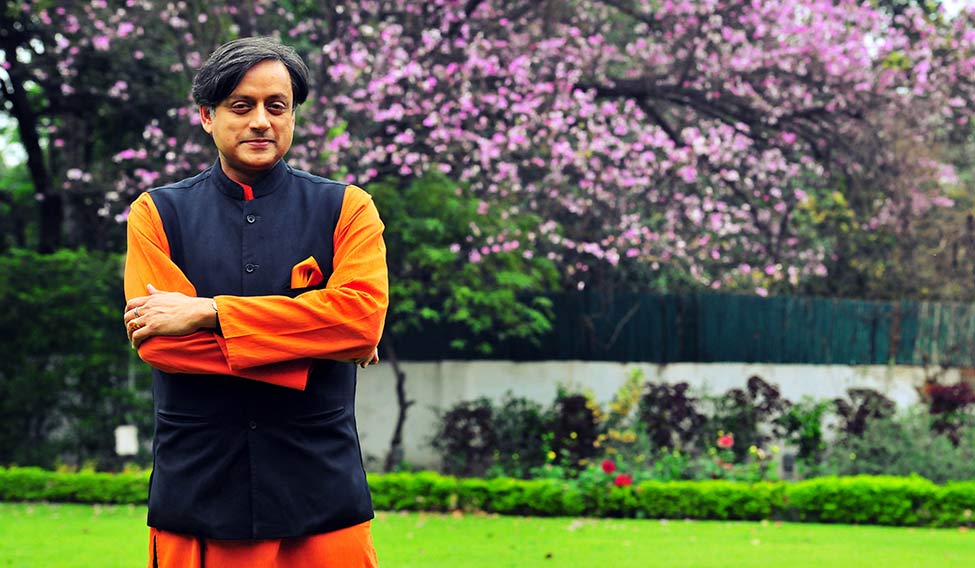 Congress MP and author Shashi Tharoor’s new book Why I am a Hindu is making headlines. After the Gujarat election and the very visible temple visits by Rahul Gandhi, it has also reopened the debate about whether the Congress is shifting strategy and looking to woo voters in a language of faith. Asked about whether this is a version of ‘soft hindutva’ Tharoor argues that “We are more Hindu than Modi and the BJP. Our Hinduism is that of Swami Vivekananda and Gandhiji, the opposite of hindutva.” Edited excerpts

Sceptics would say that the release of Why I am a Hindu is political; that there is something in the environment that has compelled Shashi Tharoor to re-embrace or at least publicly embrace the fact that he is Hindu. Why this book now?

It is neither sudden, nor a re-embrace, because those who have read me know that many of these themes have been present in my writings in the past. The Great Indian Novel, with its emphasis on dharma, some of the stories in The Five Dollar Smile; India: From Midnight to the Millennium explicitly raised some of these concerns four years after the Babri Masjid tragedy. I had touched upon these themes. But, today, the urgency is much greater because a party that officially professes hindutva is ruling us with an overwhelming majority and they have changed the political discourse about Hinduism to one which reduces Hinduism to their narrow agenda.

There is a review of your book which says the first half of Shashi’s book is brilliantly academic; in the second half he is wearing a hat as a politician. Your avatar as a public intellectual and that as a politician must collide. For example, you write about how the BJP has debased your kind of Hinduism; you don’t talk that much about how the Congress has similarly debased faiths, by playing politics with Religion—Shah Bano continues to haunt you till this day when the Congress is still trying to find a way around triple talaq. How much of Shashi, the politician, came in the way of Shashi the author?

In all fairness, I could turn around to Shashi the author and say, if you look at India: From Midnight to the Millennium, I have been very critical of the Congress party which is quoted back at me all the time.

Especially your comments on Indira Gandhi.

On Shah Bano and on the Emergency and a number of things, I didn’t agree with the Congress and I wasn’t a Congress member then. Now that I have joined the party, yes, there is a certain loyalty to the party.

You say that one of the reasons you are a Hindu is not just because you were born one; but because it is the faith that you most identify with. Do you think its essential fluidity is what draws you to it?

Is Shashi Tharoor, who would have otherwise been classified as Nehruvian Shashi becoming Gandhian Shashi?

See, Nehruji personally was agnostic. He really not only had no patience for sadhus and mullahs and maulavis, he didn’t believe in going to temples, he didn’t believe in God or prayer, etc. But he accepted that he was surrounded by true believers of various faiths. He understood that his individual view is one thing and that a political principle for the state quite another. What was Gandhiji’s secularism? It was, I am a Hindu, but Hinduism absorbs and accommodates all. See, he will have a bhajan saying ‘Eeshwara Allah tere naam’, so that Raghupati Raghava Rajaram sounds very Hindu and the second line brings ‘Allah’ into it. That is Gandhiji. That kind of Hinduism is the Hinduism of the Indian state.

Do you believe that you and the Congress need to find the language of Faith to speak to Indians? And, for far too long, the Congress has not been speaking that language?

I think we need to reveal what we already know instinctively. So, I know from private conversations that Rahul Gandhi is genuinely a Shivbhakt.

You don’t see it as a political idiom more than a revelation of a personal faith?

Look, political tactics are always there for every party. It doesn’t necessarily fully reveal who one is. Rahul Gandhi is a far more complex person than just going to Shiv temples. He is, for example, is a practitioner of Buddhist vipassana. He has complex ideas about religion. But, as a political figure he has not found it necessary to show it to the nation. Similarly, when it comes to the fundamental convictions of the Congress that this country belongs to everybody, versus, say, the tactics that appear to have been used during the Gujarat campaign, of not at all emphasising Muslim issues—some of us in the Congress disagree with that. But we have to respect a party’s right to choose its own tactics.

When it was revealed that Rahul Gandhi was a ‘Shivbhakt’, a party spokesperson also spoke of him being a ‘Janeu-Dhari’ Hindu (sacred thread wearing Hindu).

That was unfortunate, I think.

Yes, because it’s a reference to caste hierarchy.

Precisely. I would never echo that. Frankly, Nehruji had hoped caste would disappear from India; we don’t need to add to casteism.

Your book goes so far as to argue that India’s Constitution may not remain unscathed. You accuse the BJP of a larger Hindu Rashtra project. There are those who might say you are being an alarmist—there is Parliament, there are institutions, there is the judiciary.

Well, they need the votes basically to get the Constitution amended. The process has to go through various filters before it is actually amended. One of the interesting questions that comes to mind is, if you believe Deendayal Upadhyaya’s analysis of what was wrong with the Constitution because you believe everything the gentlemen said is gospel, then how will you leave the Constitution untouched? Because it is indeed everything that Deendayal Upadhyaya and M.S. Golwalkar criticised it for being. It is a document that infuses the western ideas of Liberty, Equality and Fraternity. It is a document that enshrines the equality of all religions and communities.

Talking about holy books, Hinduism doesn’t have one.

Yes, it doesn’t have just one alone. Because of that there are no do’s and don’ts. One of the arguments you make is, don’t invoke Hinduism in the beef debate.

Gandhiji said the same. Gandhiji was a vegetarian just like me. Gandhiji felt very strongly about the sanctity of the cow. But he said it will not be right for me, as a Hindu and a vegetarian, to impose my convictions on the people of this country.

But as political positions go, it is difficult for you to attack Party A if you are going to be a B version of the same party. As one of the BJP ministers said when Rahul Gandhi was doing the temple tour in Gujarat, “Imitation is the best form of flattery but wouldn’t people prefer the original?”

But, what we are saying is we are just as Hindu as they claim to be, except that our Hinduism is broader and more inclusive and therefore more Hindu than their hindutva, which is actually bigoted and violent. That is a different message from soft hindutva. We are not trying to be the same sort of Hindus they are; we are trying to be the opposite.

So you are saying that you and your party are more Hindu than prime minister Modi and the BJP?

In a genuine sense, in the sort of Hinduism that Swami Vivekananda preached and Mahatma Gandhi practiced—absolutely Yes.