Radicalisation is a bigger challenge than the azadi issue 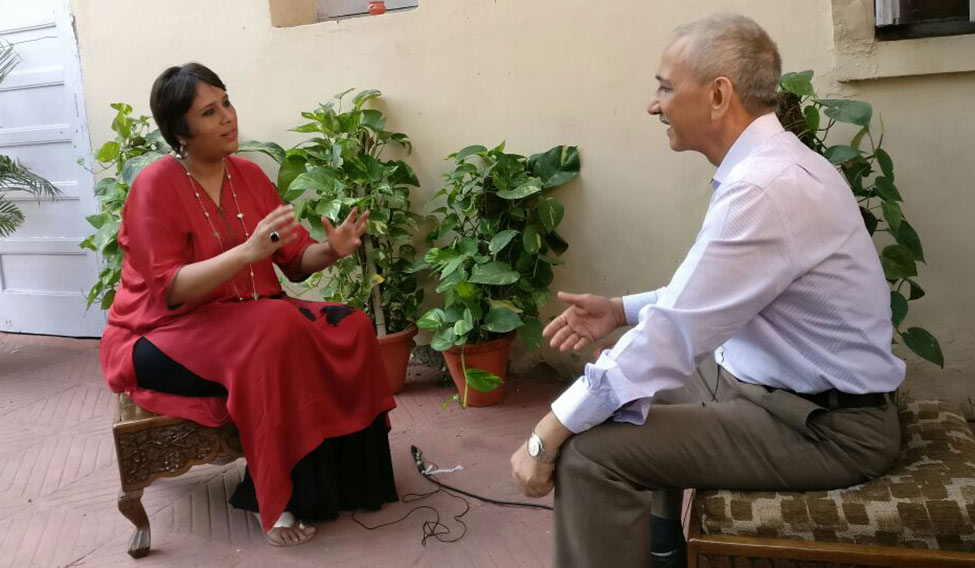 Do you feel you have one of the toughest jobs in the country right now?

What do you see as your biggest challenge?

The immediate challenge is restoring peace in Kashmir and bringing back youth who are moving away and getting disillusioned.

There have been interlocutors before. There was the K.C. Pant committee, there was the committee headed by Radha Kumar and Dilip Padgaonkar and M.M. Ansari. Those reports never really saw the light of day, they weren’t even tabled in Parliament. How will you convey a message that this time the government is serious about this process?

I will talk to everybody, and I hope that I will be able to convince everybody. As far as the (interlocutor’s) report is concerned, there must be certain reasons why the government could not place it in Parliament. For that, this government cannot be blamed. So there must be some reason, and I am not in a position to comment on that. 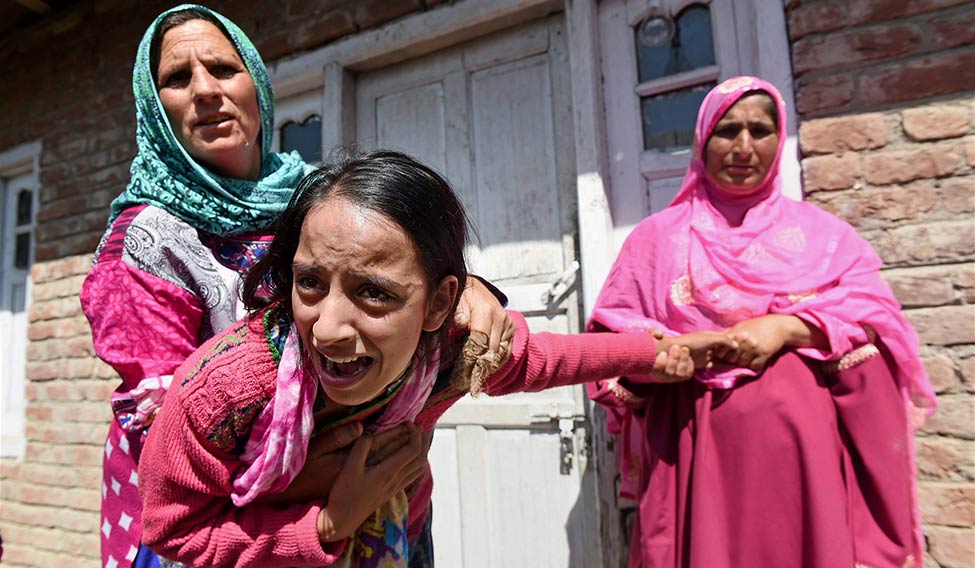 Agony of WWloss: A young girl crying during the funeral of a BSF jawan from Bandipora in north Kashmir. He was killed by terrorists in September | PTI

Definitely. You see, I have continuously been maintaining that all Indians living in Kashmir are stakeholders. They all have a stake in the peace in Kashmir. So, Hurriyat automatically comes in that. But whether I will talk or not will depend on the situation there, it will depend on the response from them.

But of course they fall within the list of Indian citizens who live in Jammu and Kashmir, and to that extent, even the agenda of the alliance between the Peoples Democratic Party and the BJP lists them as stakeholders.

Yeah, I have mentioned that any Indian is a stakeholder.

Automatically, they are also Indians.

One of the challenges for you, as a veteran of Kashmir, is that people start asking, what is the framework of this dialogue? Vajpayee handled it by saying, “Insaniyat ke daayre mein jo kuch bhi mumkin ho, woh hum karenge (we will do everything within the realm of humanity)”. Now, obviously the Constitution of India is a framework. But, apart from that, what is the mandate given to you to set the framework?

I have not been given any mandate. Mandate is—totally openminded. I can talk to anybody or suggest anything.

No boundaries or limitations from the government.

Have you been told whom to talk to and whom not to talk to?

Not at all. I have been given a free hand to talk to anybody.

But, obviously within the constitutional framework?

Of course, no authority has the right to talk anything outside the Constitution.

You have dealt with radical Islam. In fact, you came up with some innovative solutions when you were dealing with Islamic State recruiting young people in Kerala. I remember one police officer saying that, pehle azadi hoti thi [earlier there was azadi], Islam was a subset of it. Now azadi has become a subset of Islam. How will you deal with this challenge of radicalisation?

You are right. Radicalisation has emerged as a much bigger challenge than the azadi issue. And, as director of the Intelligence Bureau, I was noticing this. Of course, in many other parts of the country, but more so in Kashmir.

How will you deal with it?

I will go talk to people, convince, talk to the parents, talk to the teachers [and tell them that] this is going to destroy what is called Kashmiriyat. So, youth will have to be taken out from all these radical thoughts, which are coming from across the border.

In 2015, the Jammu and Kashmir police placed a report, where they said for the first time, in ten years, local militants had outnumbered foreign terrorists. In fact, local militants made up 62 per cent of the militants, many of them educated, toppers even. How will you deal with local militants?

I think that if the overall situation improves in Kashmir, if the youth start seeing reason (that militancy is not the way to achieve what they want to achieve), then automatically they will stop going towards militancy. Definitely, local youth joining militancy is a big concern for everybody, but if we are able to raise the hopes of the youth, if they feel that they have a stake in peace, a stake in the Indian nation, then automatically they will leave that path.

There is a lot of pressure on you. There are a lot of expectations. Every night there will be media debates—was this a success or failure? Was it a U-turn? First, to the criticism that the Modi government has U-turned from hardline to soft, how do you respond?

Has the media, my fraternity, become part of the problem instead of part of the solution?

You have been described as a dove in an establishment of hawks. Do you see yourself as a dove?

Let me see, let me see (laughs). But I would definitely like to meet Kashmiris with all compassion.

What about the other peace talks you are involved in, in the northeast? You have been involved in Assam, in Manipur. You have played a critical role there. There are still ongoing talks. What happens to those?

Even yesterday I was meeting the Manipuri people. Let me see, the government will decide.

One message for the people of Jammu and Kashmir.

I will request all the youth to see this as a very good opportunity, to see reason and leave the path of violence.