Pakistan has no will to stop Hafiz Saeed

Husain Haqqani, former Pakistan ambassador to the US

As the United Nations Security Council’s sanctions team visits Pakistan, and pressure builds on it to act against Hafiz Saeed, THE WEEK speaks to author and former Pakistan ambassador to the US, Husain Haqqani, on the islamist militant, Donald Trump’s Pakistan policy and why he thinks Pervez Musharraf is a ‘desperate’ liar. Excerpts:

Aid cuts by the US to Pakistan have happened before—$800 million by the Obama administration, right after Osama bin Laden was taken out of Pakistan, for example. Why should we see President Trump’s response to Pakistan as a departure from the past?

I think what must be taken into account is President Trump is not acting just impulsively. Something has built up over the years. President [George W.] Bush’s efforts of incentivising Pakistan into changing its position, President Obama’s effort at offering incentives first and then caution later—all that hasn’t worked. Now, the American system, so to speak, is willing to look at alternatives. And, there are those who say they can be engaged with Pakistan, but, at the same time, recognise that you will not succeed as long as Pakistan continues to support the Taliban. If it acts as the arsonist and fire brigade, both at the same time, the fire is not going to go out.

But, break it down into specifics. When you and Lisa Curtis, now in the Trump administration, co-wrote a seminal paper on Pakistan, you said that America had to understand that Pakistan was not an ally. You said the option must be kept open for Pakistan to be declared a terrorist state and, most significantly, you said that America must retain the option to directly target safe havens of terrorists inside Pakistan. Are you then saying that the use of force is very much on the table for Trump?

Let’s start with the first point that the American alliance with Pakistan is actually over. What makes nations allies? It is a shared interest or a shared enemy. Well, in this case, there is no shared interest.

Cutting off aid by itself is not enough. You agree?

Cutting aid alone will not work.... 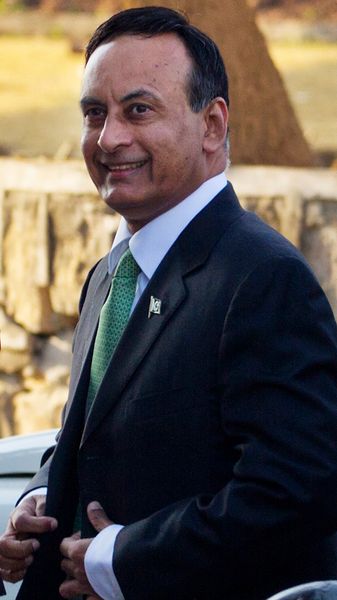 Are you recommending hot pursuit and attacks on safe havens inside Pakistan?

I am not recommending anything specific, right now. Let me explain the context. If you are not allies, then the constraints on your policy and your actions that come from having a country as an ally are removed. That includes hot pursuit.

This is very important. You are saying the first thing America has to recognise is that Pakistan is not an ally. Because, you don’t owe the same answers that you would to an ally.

Absolutely. Similarly with drone strikes. Previously, because you were conducting drone strikes in the territory of an ally, you were bound by the restrictions, or boxes, an ally puts on them. You can do them [strikes] only in these boxes, along the border or in tribal areas. The Trump administration has already done at least seven drone strikes that have been outside the old boxes—they have been further deep.

So, if you stop seeing Pakistan as an ally, other options are more easily on the table?

Absolutely. More than that, it also becomes possible to do targeted sanctions against individuals from the security services. So, Pakistan has to have a complete rethink. Do we want to go from our 70-year embrace of Uncle Sam to a new embrace of Auntie China just because we hate Brother India? Or, do we want to reconsider all our foreign policy options?

Naysayers say that Trump’s approach to Pakistan may push it into China’s embrace. They point out that the the China-Pakistan Economic Corridor is bringing billions of dollars worth of infrastructure into Pakistan, and that Pakistan has become a virtual colony of China.

Pakistan is already as close to China as it can be. CPEC was planned and its execution had started long before President Trump said anything about Pakistan. The question is, do the Pakistani elite now want to go on a holiday to Beijing rather than to New York? Do they want their children to be in Fudan University rather than Harvard? I don’t think that time has come. Pakistan as a nation has wasted 70 years by thinking of its national purpose as being in competition with India.

The reason many of us are cynical is because of terrorists like Hafiz Saeed. The prime minister of Pakistan goes on national television and refers to him as ‘sahib’, says that there is no case against him.

But, the prime minister is unlikely to come on television and say ‘Husain Haqqani sahib has no case against him. So, he is welcome to come back to Islamabad tomorrow.’

So, Haqqani cannot go to Pakistan and cannot contest an election, but Hafiz Saeed can demand to contest elections and can be called sahib?

And, Husain Haqqani, right now, probably doesn’t want to go and contest an election, and Hafiz Saeed probably does.

Does that dichotomy capture the crisis of Pakistan for you?

Yes, it does. I have always said that Malala Yousafzai cannot go back. Forget about this Haqqani, I am too small a person. Malala is Pakistan’s Nobel Laureate and an icon to the world. There are many people who are respected outside Pakistan, but in Pakistan they are painted as enemies of Pakistan. That shows that Pakistan is actually already isolated in a certain way.

Former president and army chief of Pakistan, Pervez Musharraf, who called you a traitor, supports Saeed.

There are cases of treason and violation of the constitution against general Musharraf that are pending and he hasn’t faced those proceedings. So, it would be better for him to restrain his choice of words. But, he is an elderly general who cannot come to terms with him not being in the limelight anymore. So, he tries to get attention by saying the most outrageous things, including what he said in defence of Hafiz Saeed, even though his government, while he was in power, was the first to put restrictions on Hafiz Saeed.

But, now he is the biggest supporter of Hafiz Saeed. And, if Saeed is allowed to contest in elections, Musharraf would like to tie up with the front organisation of the Lashkar. But, the Pakistan military protects their former chief and he was allowed to leave the country. How can India make sense of this?

There is no sense to it. For a former army chief to think of an illegitimate group, which is recognised as a terrorist group, only undermines the Pakistani state.

Why do you think no government in Pakistan is able to stop Saeed?

I think that it has to do with the lack of will on the part of our security establishment.

First of all, we must understand that President Trump does not get into the nuances. He has a relatively straight calculator. Second, he sees the economic dimension as more important. India is a future economic partner. He sees no benefit in Pakistan.