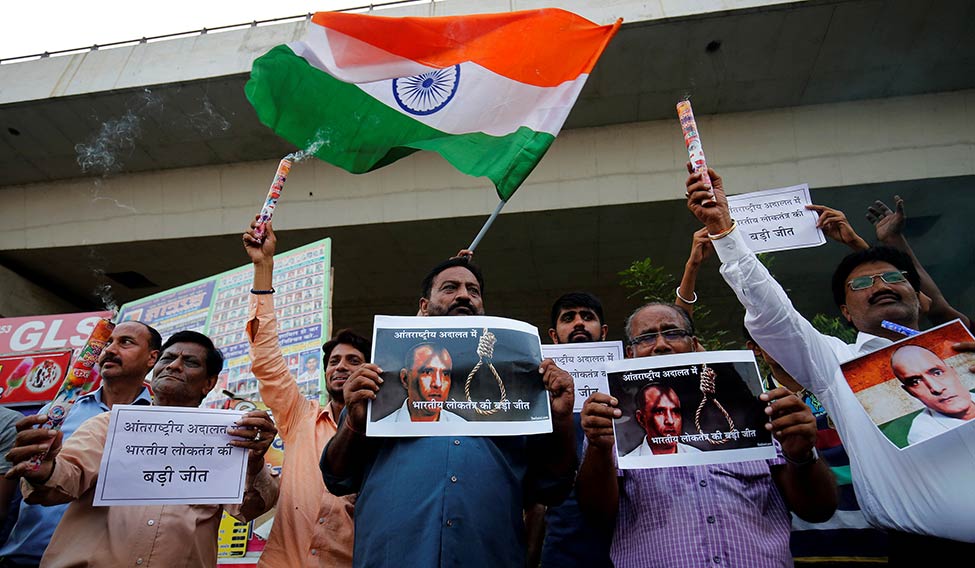 India is writing a new rulebook for its Pakistan policy

There has always been an element of shock and awe in Narendra Modi’s Pakistan policy. This flamboyant unconventionality makes a distinct break from the much more studied, quiet and conformist approach of his predecessor, Manmohan Singh. It also applies equally to both peace and conflict. What defines Modi’s Pakistan doctrine is the willingness to take a risk. The government gambled audaciously on better relations with Islamabad when the prime minister visited his counterpart in Lahore, without any announced scheduling of a bilateral meeting. Or when he invited Nawaz Sharif to be part of his swearing in. And also in the unusual choice of using a steel baron (Sajjan Jindal) as an informal channel of communication, bypassing the maze of mandarins in the foreign ministry.

Despite a hawkish mocking of Congress feebleness on Pakistan when Modi was an opposition leader and Gujarat chief minister, the truth is that Modi as prime minister has not always been ideologically hyper-nationalist on Pakistan. Instead, initially, he took unprecedented chances at building peace, including allowing a Pakistani team of investigators selective access to an Indian Air Force base in Pathankot as part of a terror attack probe. Like most prime ministers, Modi, too, has discovered that consistency is impossible in dealings with Pakistan. The constantly shifting power dynamics inside Pakistan, and the terrorism faucet that is turned on and off at will by Pakistan’s deep state, means that New Delhi has to be constantly ready to adapt. Modi has done that. The national security advisers have met on the quiet when necessary. In the past, the Jindal channel has allowed the two prime ministers to communicate without the encumbrance of summits and bilaterals and joint statements that are designed to fail.

But, with all these peace initiatives hitting a wall, partly because Sharif’s own autonomy has been taken away, and mostly because terror groups continue to be treated as strategic assets by Pakistan, the Modi government has shifted gear and shown the same high-risk appetite for managing conflict as it did with trying dialogue and outreach. The decision to go public with, first the surgical strikes across the line of control and now the video of Pakistan posts being pounded by firepower to prevent the infiltration of terrorists into India, is a distinct and watershed departure from the past. The aim is evident; a clear political signalling that new red lines have been drawn, India will not hold back on either pre-emptive or punitive military responses for fear of escalation. The Army’s release of the LoC fire assault video cannot be isolated from a series of other decisions by the Modi government which reflects the same, newly assertive refusal to play it safe with Pakistan.

The decision to take the case of Kulbhushan Jadhav (a former naval officer whom the Pakistani military is threatening to execute) to the International Court of Justice is one such. The first round at The Hague has been a huge diplomatic victory for India, but the decision itself comes with the inherent risk of Pakistan using the same forum against India in another context. But, New Delhi decided to risk the possible consequences of this formal internationalisation of a bilateral crisis.

Another example is the call to stay away from Beijing’s One Belt One Road (OBOR) summit, attended by 29 countries, on grounds that the proposed China-Pakistan Economic Corridor does not recognise India’s territorial integrity vis a vis Pakistan-occupied Kashmir. The rules of the game have quite clearly changed. At the line of control, as artillery guns and anti-tank missiles were deployed to destroy Pakistani posts in the Naushera sector, the officially released video of the assault makes it clear that the 2003 ceasefire brokered between both countries will not be held as a sword over India’s head; not at the cost of Pakistan-backed infiltrators being able to make their way into Jammu and Kashmir. If the ceasefire collapses in the process, so be it. If India’s official position was always that of retaliatory firing, now the strategic playbook has been expanded to include the word ‘preemptive’. Defence Minister Arun Jaitley said as much when he announced that the Army was taking “preemptive and measured actions to counter terrorism in the Valley and disengage Pak posts across the LoC which are supporting infiltration.”

Within hours of the firepower video going viral, Pakistan released its own video claiming damaged forward posts on the Indian side of the line of control. In this strategic shift made by India—which leaves Pakistan little room for deniability—Delhi will have to contend with the ‘video wars’, possibly turning uglier or more sinister. The other challenge will be to calibrate actions that allow the army to be aggressive but still contain the conflict well below the threshold of a full-blown confrontation.

But Army commanders who have operated on the ground believe that Pakistan has already fought an insidious propaganda war in the Kashmir Valley using social media and that it is time India stopped looking the other way. “Grave provocations demand appropriate retaliation,” says Lieutenant General Subarata Saha. “With respect to video wars, look at the vicious propaganda through videos being circulated by Pakistan in Kashmir.” Asked about the dangers of escalatory warfare and the danger of things spiralling out of control, Saha argues that “in order to keep the situation at the level at which we want, we need to demonstrate strength, not weakness.”

So, where do these new red lines with Pakistan define their own boundary? And how should we read the new communications strategy of the military? “There’s a limit to tolerance which should be unequivocally clear to Pakistan,” says Saha. “And, there could be many shades of red.”

Where many Army officers believe that the government may be making a mistake is to treat the domestic situation within the Kashmir Valley with the same new aggression as the external threat from Pakistan. Army officers who have operated in the Valley have repeatedly called for political outreach. Any gains with Pakistan at the line of control, they say, have to be built on by first restoring the writ of law and then the compact between citizen and state in the Valley. But any such initiative seems some distance away. At the moment India is writing a new rulebook for its Pakistan policy.