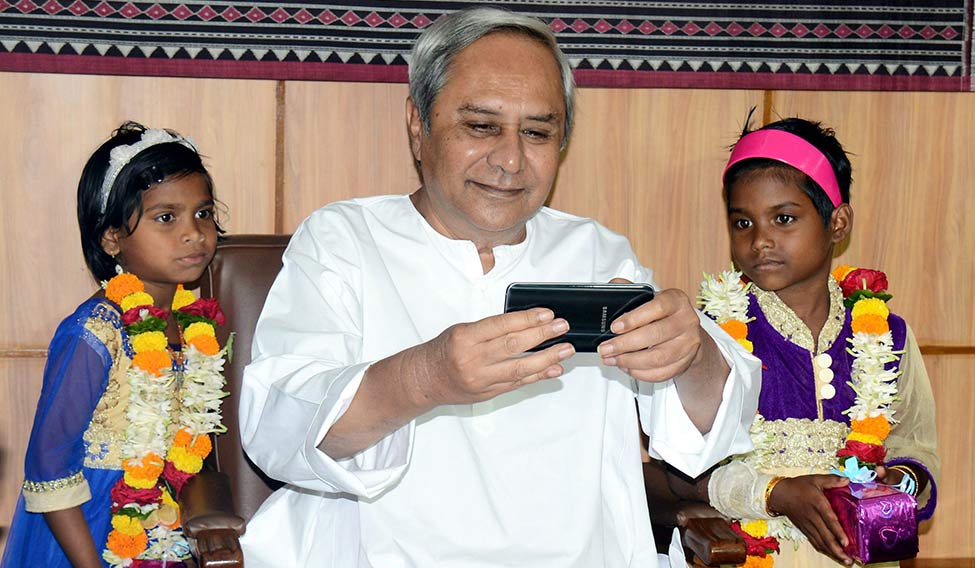 Clear focus: Chief Minister Patnaik at the secretariat, taking a selfie with brave girls who saved their sister from a crocodile attack | PTI

BJD believes it can tackle the banner of revolt raised by the Pandas, even as BJP prepares to capitalise on any slip-ups

The closure of two chromite mines in Odisha owned by Indian Metals and Ferro Alloys (IMFA)—after the state’s Pollution Control Board refused clearances—captures the twists and turns of a brewing battle in Naveen Patnaik's political fiefdom. The mines, now shut for over two months, are run by Subhrakant Panda, brother of Biju Janata Dal MP, the suave and well-connected Baijayant ‘Jay’ Panda.

The collision between the company which employs more than 6,500 people and the pollution-watchdog has come at a time when an expansionist BJP sees Odisha as its next electoral target, and when Jay Panda has been accused of proximity to the BJP. Jay was recently removed as BJD spokesperson, not long after he wrote a critical editorial calling for his party to introspect and learn from its poll knockdowns. One legislator accused him of trying to incite a split in the party; another’s supporters flung eggs at him during a constituency visit.

But, seemingly unfazed, he argued that he had only taken his cue from the chief minister. “My call for introspection in the BJD goes back to the past three years of the party’s situations. My public statements on that came only after the party’s setback in the panchayat elections and party president Naveen Patnaik’s similar public call for introspection,” Panda told me.

The stakes are much higher for all the protagonists than the story has so far revealed. With Lok Sabha and assembly elections slated to be held simultaneously in the state, Odisha is on the BJP’s to-win list and critical to its eastern push. Prime Minister Narendra Modi is making a determined and personal effort to shore up the momentum after the BJP spectacularly improved its performance in the panchayat polls, pushing the Congress down to third place. In April, the party chose to hold its national executive meet in Bhubaneswar, 20 years after the last one, and the prime minister has already made four trips to Odisha.

The fight over the IMFA mines, one of India’s leading producers of ferrochrome, is a microcosm of this political battle—both, the churn within Naveen Patnaik’s party and the challenge from the BJP. The IMFA and Subhrakant Panda have petitioned the High Court, accusing the state agencies of malafide intentions. They argue that the reasons cited by the pollution control agency—these include potholes on the roads, frequency of water-sprinkling and the wheel-washing of trucks—are flimsy excuses to stall their work. They point to other companies like state-run Odisha Mining Corporation that have been granted extensions despite a show-cause notice for a much more serious charge—the absence of an upgraded effluent treatment plant. 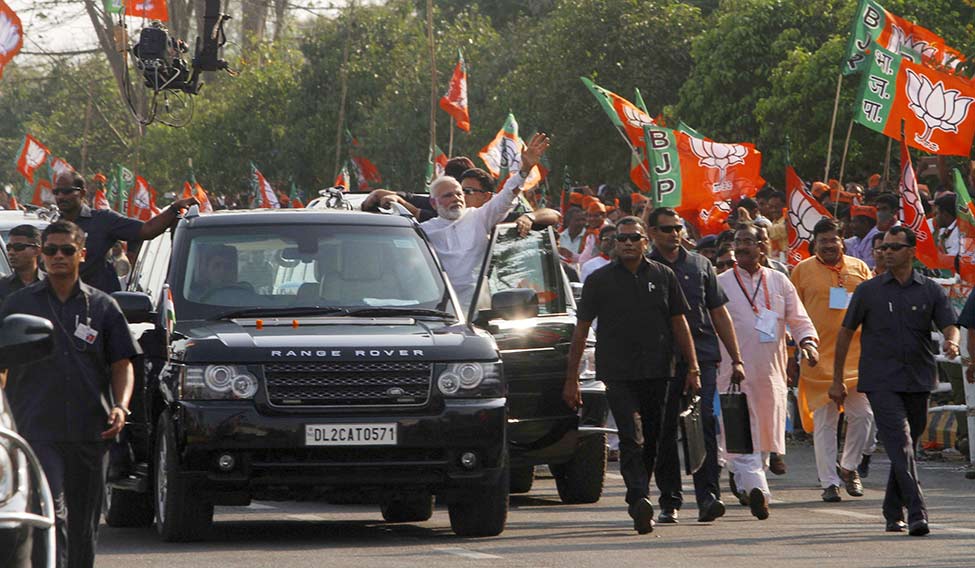 “I’ve never mixed my politics with my family’s business interests,” Jay Panda told me when asked about the stand-off. “No one is above the law. The company is one of Odisha’s oldest and largest employers. It will mount its own defence.”

But, won’t this very public illustration of infighting hurt Naveen Patnaik’s attempts to build a bulwark against the BJP? His close aides are openly dismissive. “Jay Panda is a lone wolf who is giving the impression of infighting. But, the fact of the matter is that if there was any real infighting, Jay should have walked out of the party with MLAs. He doesn’t even have half an MLA behind him,” says Pinaki Mishra, the lawyer-parliamentarian who now has the chief minister’s ear in Delhi, and appears to be virtually daring the Kendrapara parliamentarian to quit the party. The anti-Panda camp also accuses him of lavishing praise on Prime Minister Narendra Modi and steering family-owned broadcaster OTV on tilts in news coverage and popularity surveys—charges Panda denies.

Asked about whether the Panda family’s business interests were being targeted because of political differences, Mishra was more cautious. “These are legal matters that are already in court. Surely the Pandas believe in the rule of law? Surely they believe in the justice system. I have not looked at the facts of the case, but if there is merit in their argument, the court will decide accordingly,” he told me.

Also, at the centre of the simmering power struggle is the all-powerful private secretary to Naveen Patnaik, IAS officer V.K. Pandian, who was ranked as the third most powerful man in the state by a regional television channel. He is said to run not only the government, but also the party. “He is Odisha’s Sasikala,” said a Naveen Patnaik baiter inside the BJD who prefers to remain anonymous, drawing a parallel with the mighty clout of Jayalalithaa’s close companion who is now in jail for corruption. His critics accuse Patnaik of “complete abdication” to Pandian and a coterie of bureaucrats. These men, they say, have kept the chief minister blind to the shifting sands beneath his feet.

The arrival of Patnaik's sister, author Gita Mehta, from New York to Odisha, also raised some eyebrows about whether she would find a place in politics, including a comment from Panda who warned the party against nepotism. The chief minister was compelled to clarify that his sister had “no interest” in politics.

Sensing an opportunity to finally unseat Naveen Patnaik, who will complete a record 20 years in office in 2019, the BJP has been readying Oil and Petroleum Minister Dharmendra Pradhan to lead the campaign against the incumbent. At 47, the BJP believes he is best placed to take on the 70-year-old chief minister. Pradhan, who is in Odisha almost every weekend, is focusing on building the party’s organisational structure.

“Naveen is a ferocious fighter and no pushover,” says Pinaki Mishra. Loyalists of the chief minister say he was incorrectly written off at the very moment he entered politics, after his father’s death. Known to his friends as ‘Pappu’, Patnaik made headlines for his glamorous social set that included Mick Jagger and Jackie Kennedy. He appeared far too elite and gentrified for the rough and tumble of Indian politics. But, he proved his critics wrongs by becoming the state’s longest-serving chief minister.

The BJD believes that the timing of the 2019 assembly polls and their juxtaposition with the general elections will go to Patnaik's advantage. The calculation is that the BJP will be “too distracted” with its battles in other states like Rajasthan and Madhya Pradesh. “The BJP will be fighting for 1,000 assembly seats nationally; we just have to focus on 147 constituencies,” says a top BJD leader. “In the end, a regional party has an incalculable advantage.”

But even those in Naveen Patnaik’s inner-circle concede that he had slipped into a complacent “slumber” till he was shaken out of his stupor by the BJP’s performance in the panchayat elections. “Now he has woken up and knows he has to pull up his socks,” says a BJD leader. It’s Modi vs Patnaik, and his time starts now.