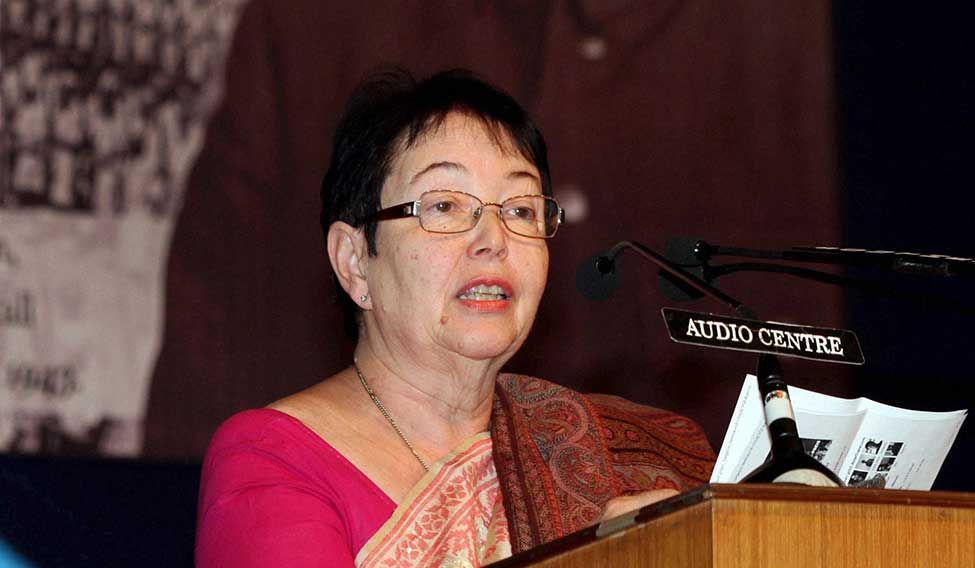 In Stadtbergen, a small town near Munich, a 73-year-old economics professor is kept on her toes managing the refugees pouring into Germany. Despite her packed volunteer work, she is keenly following every development in the Netaji files in India. Anita Bose Pfaff, Subhas Chandra Bose’s only child, however, says his legacy should not be the mystery of his death but the work he did while alive. Excerpts from an interview:

Mamata Banerji is one step ahead of the Centre, having made public several of the Netaji papers. What is your take on the excitement in India?

I welcome the step and can only hope that now that the competition is stepped up, the Centre, too, will follow suit. I believe the information will be of immense interest to historians, who may be able to corroborate certain theories, have a better picture of certain events, and totally reject some ideas. But I doubt whether anything of the sensational nature that the public is awaiting will come out. The hype about the papers has made them more interesting than the actual content.

In an interview with THE WEEK last year, you said you believed Netaji died in 1945 in the plane crash in Taiwan. Have recent revelations made you change your mind?

So far, I haven’t come across any other more convincing information regarding his death, but that doesn’t mean I am not open to the idea that he may have lived for longer. Given enough evidence, I am ready to believe in another theory. I grew up with the hope that my father hadn’t really died in the crash, that he might still be alive somewhere. But when no other convincing options came forward, I came to accept the crash theory.

My uncle clung on to the idea that Netaji survived the crash. He persuaded my mother, too, to think in that vein. But what kind of a man would have lived for years without contacting his wife, child or brothers? It would have to be a very callous and heartless person and I don’t think my father was that.

I was around 37 and happened to be in Tokyo when American author Leonard Gordon was researching for the biography he subsequently wrote of my father and uncle, Sarat Chandra, Brothers Against the Raj. He was interviewing a Japanese soldier who was an eyewitness to the crash and invited me for the interview. I heard the soldier’s version through an interpreter. His story was convincing. But I am really not so interested in the question of his death. I am interested to know more about his life and his work.

The recent papers reveal the Bose family was spied upon for decades by the government.

Well, as a family we always knew we were being snooped upon. At a time when there were no faxes or digital cameras, one needed to go through great trouble to make copies, and that definitely needed government sanction. I don’t know how many letters my parents wrote to each other were confiscated. I can understand that the British government spied upon the family. I think post independence, too, the leadership was always afraid of his persona. I can understand that the Congress wanted to avoid making Nehru look bad against Netaji. It is baffling, however, that my cousins Shishir and Amiya were spied upon till the 60s. Neither had entered politics then, so was it paranoia? Or was it just a bureaucratic process, because someone somewhere forgot to give orders to stop the snooping?

Prime Minister Narendra Modi is scheduled to meet several members of the Bose family in October. Are you visiting then, too?

Why should I? I have heard of this meeting, but I am not part of it. I want to meet Prime Minister Modi, but on my own, because I want to discuss certain things personally with him.

And what are these?

I want him to facilitate a DNA test of the ashes kept at the Renkoji Temple in Tokyo, which are said to be my father’s. The results could put an end to all the mystery once and for all, but they need the sanction of the Indian government. When Manmohan Singh was prime minister, I had written to him, but he didn’t even write back to me. I have more hopes from Modi.