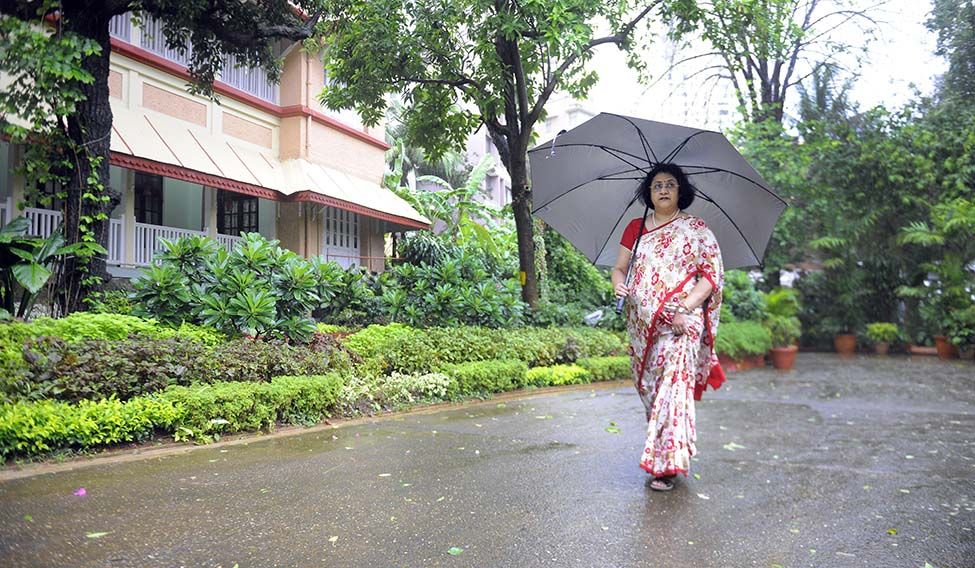 Word from the wise: Arundhati Bhattacharya's advice to working women is to take more risks, not take themselves too seriously and keep friends and family for support | Amey Mansabdar

That she is the first woman to head State Bank of India is known, but Arundhati Bhattacharya wants to do more—learn Sanskrit, get a PhD and travel

In her first year of college, Arundhati Bhattacharya boarded the wrong bus to Meerut. She was on her way from Kolkata to spend the summer break at a friend’s place. A little boy rushed to her at the bus depot, told her that she would be missing the bus, and carted her luggage into the vehicle. A few hours later, outside of Delhi, she saw her friend waiting at an unfamiliar bus stop. Only then did she realise that it was a bus to Haridwar and it was happenstance that she had bumped into her friend. Her foray into banking, too, was unplanned. There were not many options for a bright literature student from Lady Brabourne College who did her postgraduation at Jadavpur University. “If you were not getting into engineering or medicine, then you had to choose banking,” Bhattacharya tells THE WEEK. She could have been a journalist or a museologist but destiny had other plans.

It has been 36 years since Bhattacharya joined State Bank of India at its erstwhile largest treasury branch in Alipore. Her first day, just before the start of the Durga Puja festival, was akin to a training day at boot camp. Cheques kept pouring in, collecting into little piles on her table. Bhattacharya remembers developing a corn on her finger from continuously churning out triplicates of all documents. “Those were the training days and I have learnt a lot,” she says, fondly recollecting her training period at SBI’s staff college in Hyderabad.

As chief of India’s largest bank, Bhattacharya, 59, has come a long way while carefully collecting stories and experiences during her various avatars within the bank. She has worked in retail, human resources, treasury and investment banking, to name a few. As SBI’s first woman chairperson, she leads 2,20,000 employees across 15,000 bank branches.

A typical day at Bhattacharya’s Malabar Hill residence starts around 6am with a bout of yoga and six newspapers. Her husband lives in Kolkata but visits often. Her college-going daughter, studying business administration, is packed off for the day, after which Bhattacharya drives through the scenic Marine Drive to the bank’s headquarters on Madame Cama Road. The conference room table on the 18th floor has 12 snacks, including Gujarati khakra, dry fruits, cookies and toffees, on offer along with an array of beverages. Is it her feminine touch or a foodie’s ardour? “I just told the staff that the food must be healthy,” she says as she brushes aside my suggestion. Gender matters little to the banker; her visiting card still reads ‘chairman’. One of the ‘100 Most Powerful Women’ in the world has astute advice for women trying to make it in the corporate world. “Take more risks, do not take yourself too seriously and keep friends and family for support,” she says.

In 2005, while being shifted from familiar Kolkata to Lucknow, Bhattacharya almost quit. “A senior colleague talked me out of it. He said it would take five minutes to resign, so why not just try it out. And you know what, it was not so bad,” she says. Finding a school for her daughter was her main priority. She travelled across the state’s hinterland, sometimes even at 2am. And colleagues helped when the going became tough. 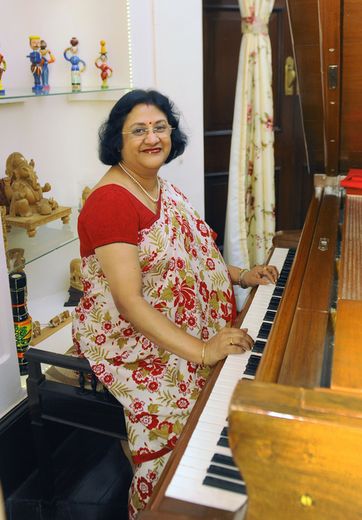 The banking sector is a gender equaliser, Bhattacharya agrees, for she has never faced gender discrimination. “In fact, women get more leeway when it comes to postings,” she says. Earlier, only the women got two years’ sabbatical in SBI. Now, even single men with dependent parents, single fathers and people with specially abled children are allowed this relief.

The SBI chief is also busy heralding a new age for the 209-year-old public sector bank. Red tape has been given short shrift, and technology has become a friend as SBI tries to revamp its image. Digital branches called SBI InTouch and mCash are all initiatives started under her aegis. SBI Aspirations, an intra-office blog started by Bhattacharya to improve internal communication while she was in human resources, has been revived. She is determined to restart financial planning service, which was temporarily rolled back, in the current fiscal.

Even the atmosphere at SBI is more congenial. While Bhattacharya remains a hard taskmaster, making even advocates involved in resolving bank disputes accountable, she is more approachable to her colleagues. Open to discussions and varying opinions, she runs a democratic ship. The only controversy during her stint was over the conjecture that the Narendra Modi government arm-twisted SBI to extend a $1 billion loan to Adani Group last year. “That is all nonsense,” she says. “SBI has been lead bankers for the Adanis for the last 25 years. The maximum growth of the Adanis has happened during the UPA years.”

Tackling the bank's non-performing assets and fuelling further growth are her top priorities. “We need to take more risks and they need to be taken in full knowledge,” says Bhattacharya. “Delivery levels in SBI are a little patchy. I want to ensure that delivery standards are uniformly excellent.” A strong believer in the India growth story, she says, “India’s is a medium- to long-term story and we need to have some patience."

When not playing banker, Bhattacharya takes a keen interest in books, art and “all things old”. Goddess Durga’s motifs and porcelain curios adorn her south Mumbai bungalow. A true-blue Bengali, she loves to travel but don't serve her bhaat and maach (rice and fish) as she would rather try out the local cuisine. She prefers Bengali food made by her cook, who hails from Bankura district in West Bengal. Currently, on her Kindle are a book on mentoring and 14: Stories that inspired Satyajit Ray by Bhaskar Chattopadhyay. Learning Sanskrit, getting her PhD in banking and some more travelling are on her bucket list.

Bhattacharya’s office, also on the 18th floor, overlooks the city’s skyline. A painting of the ghats of Varanasi by Manu Parekh and Rabindranath Tagore’s words, “where the mind is without fear,” adorn her office walls.

The grey Mumbai sky and the tumultuous brown sea almost look like a painting. She looks at the sea for a temporary reprieve before getting back to work again. She will not be home before 9pm and there is paperwork to attend to even beyond midnight. But there is no time to stop now; much remains to be done.