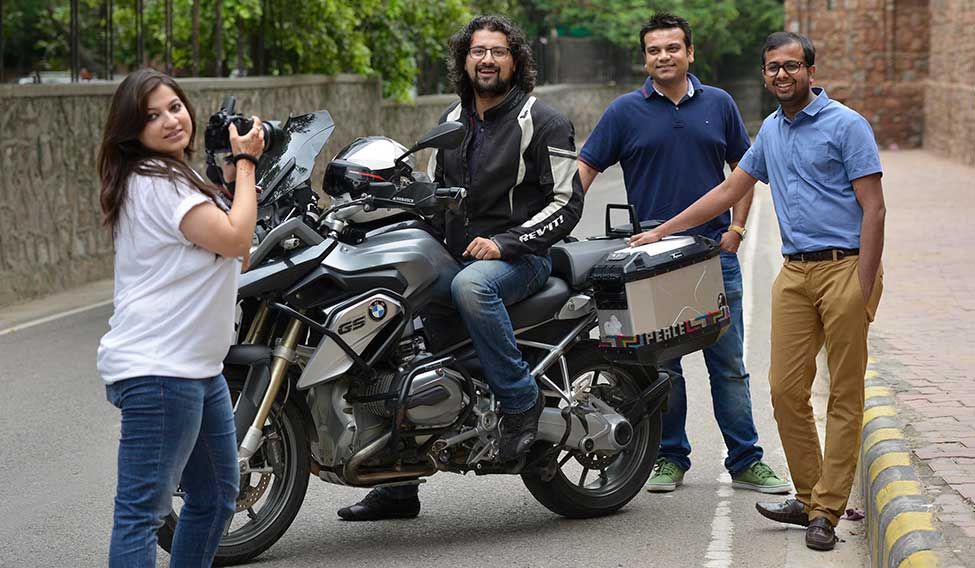 For Prerna B. Singh, 30, joining the family business post marriage was an obvious decision. Handling public relations and events for her in-laws’ Faridabad-based Homerton Grammar School was an extension of her previous stint in the same field. But Prerna wanted more. So she took up the camera and went shutter-happy. It did not mean quitting work at the school; she did both.

After a course at the Raghu Rai Centre for Photography in Gurgaon, she started Packaged With Love, which specialises in child photography. “I love kids immensely, they make me happy. Whenever I lock eyes with any stranger’s baby, they always smile back. Hence, I always felt there was a connection,” says Prerna. With maternity shoots becoming quite the trend for the upmarket urban Indian, Prerna is steadily spreading her wings.

Prerna is not an anomaly in a growing brigade of young people for whom a single job no longer defines a career. Freelancing on the side of a primary profession or seriously invested in several callings at once, young men and women in India are changing the professional paradigm.

Take Praveer Kochhar, for instance. He never misses an opportunity to hop on to his BMW GS 1200 motorcycle and ride out of the city’s madness. His last major ride was traversing over 2,800km of mixed terrain from Delhi to Kanyakumari. Five years after his marketing consultancy startup—Ideas & Solutions—gained a foothold, Praveer collaborated with a motorcycle forum and relaunched xBhp in 2010, which is, today, India’s largest platform for bikers. Praveer, 32, is now working on his third business initiative. “It is not difficult at all because both Ideas & Solutions and xBhp are about my twin passions—marketing and biking—and when your passions merge, not a single day seems like work. And if it does I just pick up my bike and head out for a long ride,” says Praveer.

Mumbai-based serial entrepreneur Ajeet Khurana, however, says many professionals also work unofficially spurred by the incentive to increase their income. “When I needed assistance with tasks such as social media promotion, search engine optimisation and logo design, I found that people who were juggling multiple jobs were promising great results at attractive prices,” he says.

It is not uncommon to find a corporate executive or a banker or even a media professional making some extra cash on the side. While most organisations do not encourage it, they turn a blind eye as long as the vocation does not clash with the company’s business. The weekend job phenomenon is on the rise with suit-wearing professionals pulling on their washed-out denims and making some extra moolah.

Is money the only driving force? It is definitely the strongest. Post-recession India has been hit by disappointing appraisals and fewer job opportunities. This coupled with inflation and dwindling economic growth has forced professionals to take up extra jobs. But financial planners say that earning more can never be a bad thing as long as professional targets and goals are met. “Multitasking feeds the ambition of the people and also saves them from taking unnecessary risk,” says Shweta Aggarwal, tax consultant. “Whatever profit they make, instead of making it sit in the bank accounts, they want to invest that profit further. This is healthy for the economy and the individuals, too.” A word of caution, though—make adequate investments and savings.

Pulkit Srivastava, 30, is an old PR hand who uses his interpersonal skills with élan. He is a partner at The Mint Leaf, a multi-cuisine catering company, and has also recently launched a mobile technology company that will come out with its first product by next month. A globetrotter, he has visited 14 countries. Now that would entail some serious spending. Pulkit, however, is prudent with his money. “I save 70 per cent of my earnings and put them in real estate and mutual funds. I have never been a big spender,” he says.

But sustaining such a high-strung life can often be stressful. And Varun Jain, 27, knows a bit about that. He is cofounder of an online portal for children’s garments and accessories called BabyMoshai.com and also a director at Namo Fibres, a yarn-manufacturing unit. “To be honest, it is difficult. It is hectic, confusing and maddening at times, but as crazy as it may sound I love romancing chaos or as Rumi puts it, ‘Sell your cleverness and buy bewilderment’,” he says.

Most of Varun’s earnings go towards business planning and investments, given his proclivity for starting new ventures. And when the going gets tough, there is always travel to rejuvenate the mind, and a bit of karaoke, too.

LOOK BEFORE YOU LEAP
* Dive into the second/third job only when you have attained stability in the previous ones.
* Have at least one job/business that you absolutely love. You cannot be doing two boring jobs at the same time.
* Concentrate on one task at a time.
* It is okay to delegate. Trust your instincts and your team.
* Make sure you are physically healthy and mentally strong in order to handle the stress.
* Take sufficient breaks to avoid burning out. Travelling is a great rejuvenator.
* Make sure your family members are understanding and supportive. Avoid unnecessary family drama.
* Create value both in the short and long term.
* Do not bother about how much you earn at first. Once your work creates some level of comfort among your multiple employers/clients, you can gradually increase your price.
* Do not squander the extra income. Instead save, invest and grow.