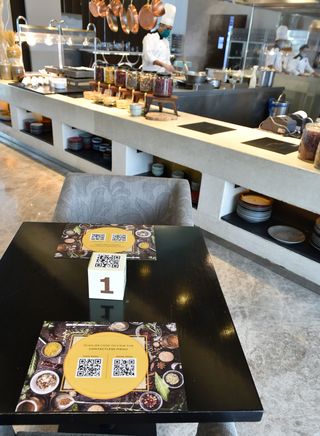 The liveried waiter gliding to you holding a silver platter, the piped music and the arty decor, plush rooms with state-of-the-art facilities catering to your every whim and comfort. Hotels are heavens away from home. Sometimes, they are even an escape away from home. They have, however, been ravaged by the economic mayhem triggered by the pandemic.

It is “the biggest crisis of a generation to hit the tourism, travel and hospitality industry”, said Aashish Gupta, consulting CEO of Federation of Associations in Indian Tourism & Hospitality, the umbrella industry organisation. Hotel room occupancy in India plummeted from 80 per cent in January to just 7 per cent when the lockdown was imposed. While many hotels shut up shop, some turned themselves into quarantine centres or staying quarters for health professionals, hoping it would be ‘business as usual’ once lockdown was lifted.

Despite ‘unlocking’, however, the outlook remained grim. A study by the Confederation of Indian Industry says room occupancies will remain low into the new year. Rooms depend a lot on travel, and aviation statistics show that only about half of the total domestic flights were in operation last month. Business travel, the bread and butter of hotels and airlines, is down to a trickle, with many corporates working from home and doing essential meetings over video calls. In addition to the fear of the pandemic, uncertainty about jobs and the economy is stopping patrons from going to their favourite restaurants or hotels.

But then, when the going gets tough, the tough get going.

Despite the heavy pounding they have got, hotels across India have put on their thinking caps and launched out-of-the-box measures to stay afloat. “The pandemic gave us an opportunity to innovate and engage with our customers through newer avenues,” said Kerrie Hannaford, who heads the India operations of the world’s second biggest hotel chain, Accor, which has brands like Fairmont, Novotel and Ibis under its belt.

For instance, have you thought of approaching your tony neighbourhood hotel for a thorough sanitisation? Well, that is exactly what some leading chains are offering. “Hotels are supposed to be the most hygienic places, even before Covid-19 hit. Since we specialise in this, we have actually started (providing sanitation services to) work spaces, commercial spaces, and homes,” said Nipun Vig, vice president (operations) of Sarovar Hotels and Resorts, which has 92 properties in India.

The Renaissance Mumbai Convention Centre, which once thrived on big conferences and banquets, is now betting big on ‘workcation’, where professionals working from home can do it in the comfort of a plush hotel room, with all amenities from a printer to a hot cup of coffee just a call away. “[Hotels] have [not only struck] into new opportunities that the pandemic made them to adapt, but has also managed to keep its ‘wow’ factor unscathed for the guests,” said Nagesh Chawla, its cluster general manager. At Sarovar group, the package includes an opportunity to have family or friends over for the weekend.

‘Revenge tourism’ is another big trend. After being cooped up in their homes for months, people across cities are now travelling to places perceived to be relatively safer—hotels and resorts within driving distance. Some tony hotels have started offering pick-up facilities from the cities, too. Karma Chalets, a boutique hotel which is an hour’s drive away from Delhi, is seeing all rooms booked on weekends and holidays. It even started recruiting recently. This is when rooms in marquee properties are going for a song.

In the first week of December, for instance, rooms at Delhi’s Taj Palace were going for as low as around Rs4,000. Novotel, another star property, was going for just over Rs2,000. “The star hotels are actually giving us mid-level and budget hotels a run for our money!” said a senior manager of a hotel chain.

New growth models, however, are taking root. “Surprisingly, business hotels in tier-two and tier-three cities have seen a growth,” said Vig. “Smaller cities like Jhansi, Gorakhpur and Bhavnagar are doing well.” The new customer is not the multinational executive or some private sector bigwig, but more likely to be an official in a public sector company travelling for site inspections or official work. Weddings are another opportunity. “Earlier the well-heeled in smaller cities wanted to do destination weddings. Now they are okay to do it in their own towns,” said Vig.

Big hotels may have another disadvantage—the fear of infection with more people around. According to Kapil Chopra, president and founder of The Postcard Hotel, which runs boutique properties in Goa and Bhutan, there is “a move away from large, chain hotels to smaller, intimate hotels that can more successfully guarantee high levels of safety and sanitisation”.

Many top hotel chains have now turned to something they used to look down on till recently—food delivery. Through Marriott on Wheels and Taj’s Qmin app, food from speciality restaurants of the chains can be delivered home. Some have listed themselves on food aggregators like Swiggy and Zomato, and many have started offering DIY kits of their meals, complete with recipes, and in some cases, even a live video call with the chef. 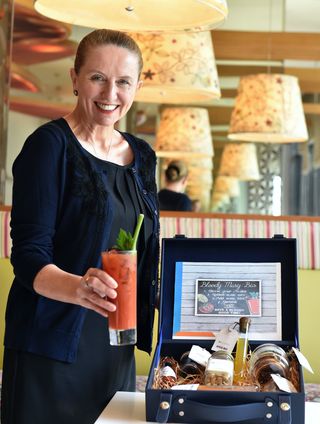 The rise in travel to hotels and resorts outside city limits has also seen the millennial traveller replacing the older, business traveller as prime clientele. Said Vivek Agarwal, partner at KPMG in India, “Hoteliers should include these potential visitors in their business recovery plans in an innovative manner, using Big Data to capture insights in likes and dislikes of this target segment.”

A tweaking of conventional offerings may be in order to fit the tastes of this younger demographic. “They are actively seeking discounts on rooms, complimentary pick-up and drop-off services, pet-friendly rooms and amenities,” said Chawla of Renaissance Mumbai. With international travellers unlikely for some time, hotels are also tweaking their marketing plans to aggressively target the domestic traveller.

The next big thing

With recovery uneven across various types of hotels, and business travel drying up, any innovation that brings in moolah counts. While Marriott tied up with SOTC to hold roadshows to woo travellers last month, many beleaguered metro business hotels are hard-selling themselves to high net-worth individuals in small towns.

Wedding packages now come with all sorts of deals. The one from Accor gives a hefty discount if the booking is on a day considered not auspicious. “Our ‘Har Din Shubh Hai’ campaign has benefited guests to get best possible package and hotels have been able to plug in their valley dates,” said Hannaford. Sarovar group is offering discounted bookings for summer vacations next year if one books and pays now. Imperial, a boutique luxury hotel in the heart of Delhi, was reportedly looking for avenues to shore up revenues, including renting out real estate and offering the British-era hotel for film and television shoots.

“The situation is temporary, but has the potential to overwhelm businesses which are not willing to change the nature of operations and are refraining from investing in value-adding innovative offerings,” said Agarwal of KPMG. The total loss to the industry is estimated to be around 048,000 crore, and thousands of jobs have been cut. “A helping hand from the government to ensure availability of finance to hoteliers along with sharing partial risks associated with repayment can safeguard the sector against the pandemic,” said Agarwal.

Hotels also want state governments to waive off taxes and reduce electricity bills, though most states have been reluctant. Maharashtra has offered industry status to hotels, which could see significant drop in electricity and water tariffs, besides better loan rates.

Until a return to ‘normalcy’, it is the ‘in-domestic-tourists-we-trust’ maxim that rules. “Capturing even one per cent of the domestic travel market will mean 1.8 crore travellers!” said Chopra of The Postcard Hotel. Agarwal said domestic tourism was an excellent shock absorber. “It can re-invigorate tourism post pandemic, working as a confidence booster for the global community to visit India in due course,” he said.

And, there is no dearth of optimism. “2021 will be a fairly good year for the hotel industry,” said Dipinder Benjamin, CEO of Morpho hotels. He should know, for Morpho launched three new hotels, in Goa, Varanasi and Bengaluru, last month. Hilton opened a property in Goa and another in Jaipur last month. As Vig remarked, “Our industry is known for its resilience!”