Goddess in a mini skirt 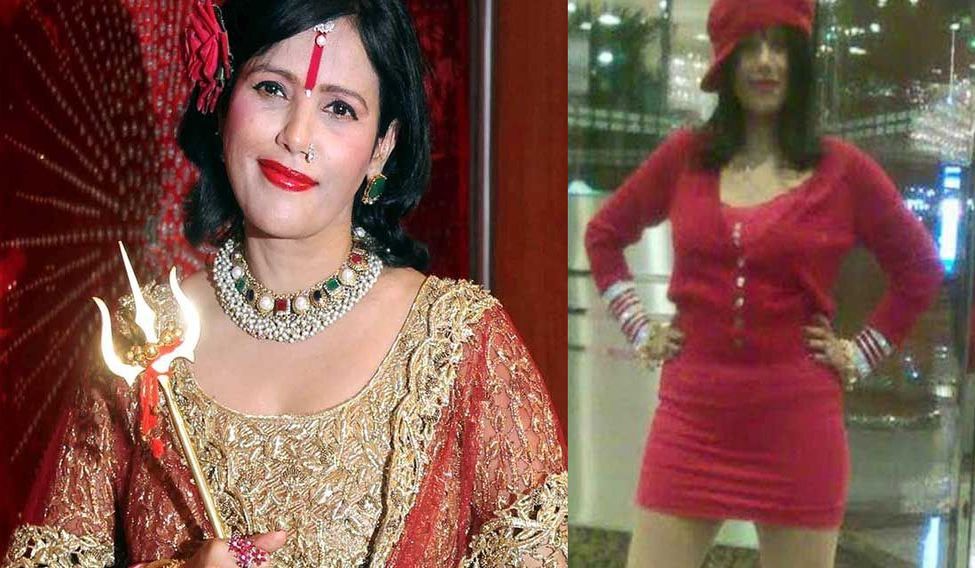 Radhe Maa denies any wrongdoing, says she is “pure and pious”

Over the past few months, sadhus and sadhvis have been courting controversy and hogging headlines. And, the latest newsmaker is Sukhvinder Kaur, also known as Radhe Maa, a self-styled godwoman who has been dragged into a dowry harassment case.

It was Nikki Gupta, a 32-year-old homemaker in Mumbai, who first came out against the 50-year-old godwoman. In a police complaint, she alleged that Radhe Maa had instigated her husband, Nakul, and her in-laws to demand more dowry from her parents. The police have called seven people, including Radhe Maa and the in-laws, for questioning.

Meanwhile, Rahul Mahajan, son of late BJP leader Pramod Mahajan, uploaded pictures of the godwoman in a mini skirt. “I won't stop here, I will keep exposing these fake #Maa and #Babas across India,” tweeted Rahul.

Radhe Maa appeared on the Mumbai horizon nearly a decade ago. Her hoardings sprang up at a few places along the city's eastern and western highways, showing her in a red sari, bedecked in garlands and jewellery. Besides the picture, the hoardings had just a phone number. Since then, and especially over the past few years, the attendance at her Borivali ashram has been swelling.

Her Facebook page has 1.3 lakh likes. Even if a quarter of those are her followers, it is an achievement in a metro where competition to capture devotees is as stiff as in any business. Sample her Vachanamrut (wisdom quotes): “Like a calf who never loses sight of its mother among a thousand cows, our deeds follow us in a similar manner.”

Her devotees include Subhash Ghai, the filmmaker, and Gajendra Chauhan, chairman of the Film and Television Institute of India. Ghai is said to have invited her to his place for a religious ceremony.

Born in Gurdaspur district in Punjab, Sukhvinder Kaur used to work as a tailor to support her husband and two children. She started attending satsangs (prayer meetings) at Paramhans Bagh Dera in Punjab after her husband went to work in the Gulf. Mahant Ramdeen Das of the Dera gave her the name Radhe Maa.

A Hindu organisation in Phagwara reportedly objected to her claim that she was a reincarnation of the goddess Durga. She was forced to apologise and soon she left Punjab.

On August 10, Radhe Maa denied allegations of her involvement in the dowry case. She claimed that she was “pure and pious”. “The complainant is very poor. If I haven't taken anything from my own daughters-in-law, who belong to royal families, then why will I take money from a poor person who doesn't have anything to eat?” she asked. “Check my bank accounts. If you find a single paisa earned by wrong means, I will kill myself.” She, however, had filed an anticipatory bail application in the Mumbai sessions court, but it was denied.