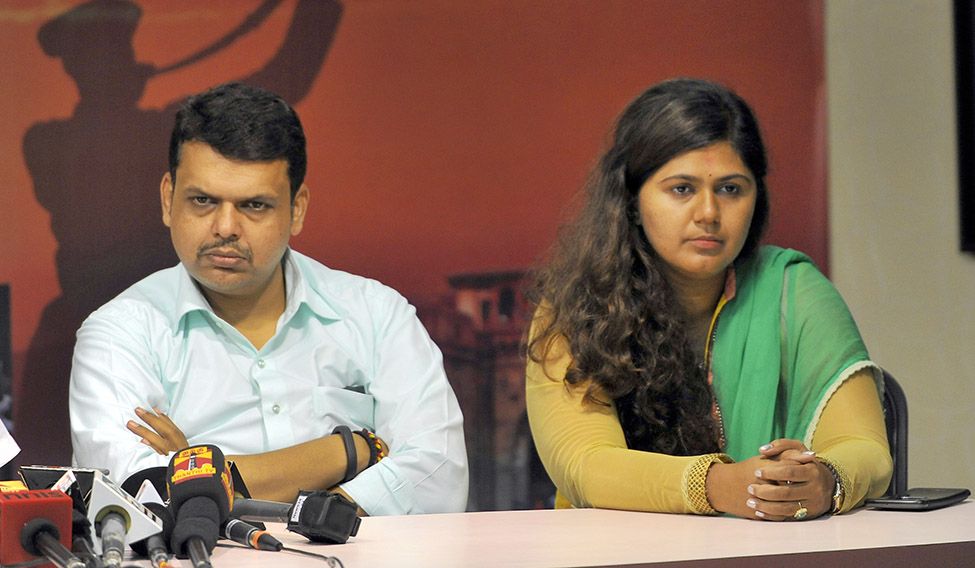 Fadnavis on shaky ground as controversy and corruption dog the government

Maharashtra Chief Minister Devendra Fadnavis needs to do a lot of damage control. His claims of running a clean government received a serious blow with the alleged scam involving Pankaja Munde, the state women and child development minister.

On June 24, a delegation of state Congress leaders met Praveen Dixit, director-general of Maharashtra's Anti Corruption Bureau, to demand a thorough investigation into what they said was a scam of Rs206 crore, involving purchase of chikki (a snack), books, mattresses and water filters for state-run schools for tribal children. These purchases were sanctioned without a transparent online bidding process and the contracts were given to a favoured few, alleged the Congress.

The purchases were cleared by Pankaja after issuing a record number of 24 government resolutions in a single day, on February 13. “All this was done without going through the compulsory process of e-tendering, particularly for every purchase above Rs3 lakh. Sanctioning of the contract involved favouring a banned NGO which had been denied the contract in 2013,” the Congress leaders alleged.

Said Maharashtra Congress spokesperson Sachin Sawant: “Contracts have been awarded to near ones and unnecessary items have been purchased. All this was done in flat three days. The cases involve serious violation of rules and even contempt of court.”

Interestingly, Dhananjay Munde, Pankaja's cousin and political rival from the Nationalist Congress Party, had a role in this expose. He had written a letter to Fadnavis and had urged him to take action.

Said state BJP spokesperson Madhav Bhandari: “It is true that the rate contracts system was followed while making these purchases. But the state cabinet decision to stop purchases on rate contract basis [and start e-tendering] was taken on April 17. These purchases have been made in February. The central funds meant for the Integrated Child Development Services would have lapsed, so these purchases were made on an urgent basis. The rate contracts were the ones fixed by the previous Congress-NCP government. In fact, the contracts were awarded to people close to opposition parties. Now we will have to probe their linkages.”

Pankaja, currently in the US on a personal visit, issued a clarification that there were no irregularities or violations. “As a minister, I have taken dynamic decisions to reduce corruption. I have not broken any rules,” she said.

The alleged scam is the latest in a series of headaches for Fadnavis as a few other ministers have been mired in controversy over the past few weeks. The rift between Fadnavis and Revenue Minister Eknath Khadse came to the fore when the latter held the home department, headed by Fadnavis, responsible for the hooch tragedy in Malvani.

But this was not the first time Khadse and Fadnavis were at variance. Khadse was not happy when certain bureaucrats in his departments were transferred by Fadnavis. Sources said Khadse had issued transfer orders to hundreds of officials in his departments, and Fadnavis apparently issued a fresh order stating that all these transfers be referred to him. In retaliation, Khadse put up a board outside his chamber, which said Badlyansathi bhet magu naye (do not seek appointment for transfer-related work).

“Khadse has already clarified that he has no differences with the chief minister,” said a senior BJP leader. “The answer to his behaviour has to be found in his swabhav (nature). He has still not come to terms with the fact that he could not become chief minister. Khadse is acting on his own. There is no lobby or group effort behind this.”

Lonikar, however, said he had stated the facts. In 2004, he was pursuing BA from Yashwantrao Chavan Open University. As he failed to clear the examination, he said he was 5th pass in the 2014 documents.

The fake degree mess, however, was far from clear. Close on the heels of the Lonikar controversy, a Marathi news channel ran an expose claiming that Education Minister Vinod Tawde's BE (electronics) degree had been issued by Dnyaneshwar Vidyapeeth in Pune, an unrecognised university. As the revelation spread, an upset Tawde called a media meet to make his stand clear. “I am a student of Dnyaneshwar Vidyapeeth,” he said. “I obtained my degree from that institute in 1984. When I took admission for this course in 1980 it was made clear that half of our academic time would be dedicated to theory and the other half to practical training. The founders of the institute were clear that they did not want government recognition for this course and I was aware of it when I enrolled. I have not misled anyone.”

Fadnavis and the state BJP have made it clear that Lonikar and Tawde will not resign. “The question just does not arise. They have not done anything wrong or illegal,” said Bhandari.

The state Congress, however, is firm that the ministers will continue to be on their radar. Senior Congress legislator Sanjay Dutt said Fadnavis, when he was in opposition, acted as if he was the conscience keeper of the state. “So has he kept his conscience in cold storage after becoming chief minister?” he asked.

Recent developments indicate a tough road ahead for Fadnavis and he seems isolated in his party and government. “Almost all of his senior cabinet colleagues are against him. The tweets of senior ministers show the game of oneupmanship has reached levels of childishness. We see many of them taking an independent line. It is as if he is running the government on a day-to-day basis. But we are firm on our demand that these ministers resign,” said Dutt.