I was sexually harassed in the corridors of the Supreme Court 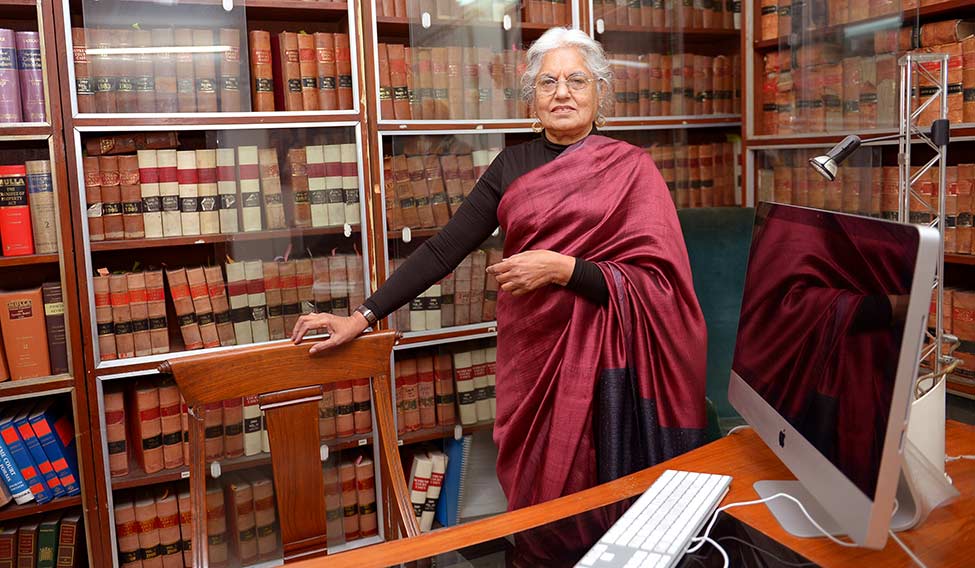 Sexual harassment, Jaising says in an interview with THE WEEK, is the “hidden dirty secret” of the legal profession in India, faced not just by women lawyers but even women judges.

Indira Jaising is a woman who anyone would think more than twice before messing with. She has a reputation for being formidable—as a lawyer and also as a legal activist. She is India's first woman additional solicitor-general and the first-ever woman to become senior advocate in the 154-year-old Bombay High Court. Yet, she was sexually harassed—that, too, in the precincts of the Supreme Court.

Sexual harassment, Jaising says in an interview with THE WEEK, is the “hidden dirty secret” of the legal profession in India, faced not just by women lawyers but even women judges. Excerpts:

Are the Indian judiciary and the bar patriarchal?

Highly patriarchal, in many ways. There is no enabling environment in the courts for a woman lawyer. This is driving out women from the profession.
There is another very important issue—of sexual harassment of women, both lawyers and judges. I am fighting a case of a woman judge who had to resign after she complained against another judge for having sexually harassed her. This is the hidden dirty secret of the legal profession. Women lawyers and even judges are sexually harassed. There are two well known cases of these two interns who were [allegedly] sexually harassed by judges in the Supreme Court. If this is the position of two interns working with Supreme Court judges, I cannot imagine the real extent of the problem.

How rampant is this malaise?

Even now, I experience abuse from male colleagues. They say 'Oh, that woman is so aggressive’, or they refer to me as 'that woman’, not bothering to even call me by my name.... Sexual harassment is not related to age. I have experienced it at my age. I have been subjected to sexual harassment in the corridors of the Supreme Court. It happened a couple of years ago. It is a busy place and it is normal for people to bump into you. But, you know when it is accidental and when it is deliberate. It was another senior male lawyer. I did not make any complaint, but I stopped him then and there and confronted him about it. I feel it is an adequate way of dealing with it. So, I had to experience it, despite my seniority in the profession and despite my age. Women lawyers and judicial officers who are junior are definitely more vulnerable.

Don't these problems exist in other professions, too?

Yes, but there is a difference. If a woman government employee is sexually exploited, the government is under obligation to redress her complaint. A woman lawyer is self-employed. It is like being in the unorganised sector. And junior women lawyers are dependent on seniors. So, in the legal profession, you are on your own. You do not have the protective umbrella of the employer. 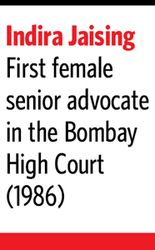 Did you have to face problems as a woman lawyer?

People say to me that now that I have made it, I do not have to face these problems. But, even after 'I have made it', my word is often treated as less valuable than the word of a male lawyer. If there is a male lawyer with me, the judge asks the male lawyer to speak. If there is a male lawyer on the other side, he is asked to speak first.... I lose the precious initial minutes to make my point. This mindset flows from the top to the bottom. The judges, too, come from our society, and how they behave in court is determined by their upbringing. They display an inability to accept that women are equal.

Isn't there any change in the higher judiciary?

No. [On the contrary], maybe, in the lower courts, with younger judges coming in, the situation is different....

Women lawyers talk about being patronised by the men in the profession.
It is unfortunate—this tendency to patronise women in the profession. What the male judges and lawyers do not like is women not willing to be patronised. If you do not have a godfather, it is not accepted. If you are your own person in the legal profession, it is not accepted. If you are okay with being patronised, you are accepted in the inner circle; you are accepted into the old boys' club. I insisted on not becoming part of the old boys’ club. Coming from a non-legal family, I worked hard and persevered despite odds. I make it a point to hire women lawyers in my office. They have a safe working environment in my office.

Why are there so few women judges?

The main reason for this is the inability of the women to lobby. Many women lawyers could become judges if they are given the opportunity at the right age, taking their merit into consideration.

Can reservation for women in the higher judiciary help?

I would like to call it affirmative action and not reservation. It should be done. Definitely, it will lead to appointment of more women judges. This way, we can have a critical mass of women judges. That would make a difference. If you have two people of equal merit, one is a man and the other a woman, the woman should be preferred. The work space will become more democratic if you have more women judges. In the work environment, being a woman would be more acceptable and not be seen as an exception to the rule.

Your form could not be submitted.
This browser settings will not support to add bookmarks programmatically. Please press Ctrl+D or change settings to bookmark this page.
Topics : #No bench for women | #legal