OPINION: Decoding the demand for decentralising the Supreme Court 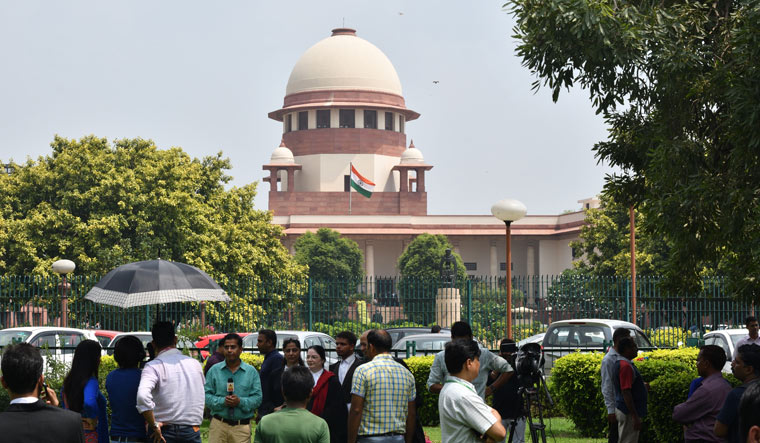 The Congress, in its manifesto for the Lok Sabha elections, proposed the setting up of a National Court of Appeals (NCA) as an intermediary court between the Supreme Court and the 25 High Courts in India to hear routine appeals in civil and criminal matters from the High Courts.

The NCA, as proposed by the Congress, will consist of six regional benches consisting of three judges per bench. The Congress has also proposed to move a constitutional amendment to restrict the jurisdiction of the Supreme Court to only cases involving interpretation of the Constitution and adjudication of cases of national importance. This article aims to expound the legal matrix surrounding this proposal.

The setting up of a National Court of Appeals would require an amendment in Article 130 of the Constitution of India, which would, in fact, be tantamount to tampering with the basic constitutional framework of the Supreme Court. Such an amendment would divest the Supreme Court of its extraordinary powers with regard to hearing appeals. The same was also stated by the Union ministry of law and justice while rejecting the aforementioned request in 2014.

As such, the issue of whether or not such a court should be established shall remain outside the purview of this article. However, the Congress manifesto opens up the larger issue of whether decentralising the Supreme Court is constitutionally feasible and practically desirable.

In 1950, the Supreme Court consisted of seven judges and worked for four hours a day for 28 days a year. Switching over to 2019, the Supreme Court has a sanctioned strength of 31 judges, but case pendency has increased from 690 cases in 1950 to a staggering 61,300 cases, making it one of the most overburdened constitutional courts in the world.

This situation may be attributed in no small part to the Supreme Court deviating from its primary function of adjudicating cases of constitutional significance and converting itself into a regular court of appeals as well. The Supreme Court was never intended to be a regular court of appeal and the extraordinary jurisdiction for granting special leave was conferred upon it, so that it could interfere whenever it felt that the law had not been enunciated properly by the High Courts or lower judiciary and it was necessary to correct the position of law.

This deviation had a cataclysmic impact on the justice delivery system owing to the excessive backlog of cases. Frequent adjournments due to the geographical concentration of the Supreme Court in Delhi have only added to the pre-existing backlog of cases. Apart from the backlog of cases, the Law Commission’s 229th report also pointed out the logistical difficulties that poor litigants face by travelling all the way to Delhi.

Litigants regularly request their advocates in the High Courts to appear in the Supreme Court, resulting in multiplication of costs in terms of hotel and travel expenses. To quote the Law Commission’s report, “Adjournments become prohibitive, costs get multiplied.”

Article 130 of the Constitution of India states, “The Supreme Court shall sit in Delhi or in such other place or places, as the chief justice of India may, with the approval of the president, from time to time, appoint” A bare reading of the aforementioned article makes it amply clear that the Supreme Court can sit not only in Delhi but also in any other place.

Moreover, this view was also endorsed by Justice P. N. Bhagwati in a 1986 judgement.

The Law Commission itself had stated in its 229th report, “If Article 130 is liberally interpreted, no constitutional amendment may be required for the purpose of setting up of cassation benches in four regions and a Constitution Bench at Delhi. Action by the chief justice of India with the president’s approval may be enough. It may also be noted that under Article 130, the chief justice of India acts as a persona designata and is not required to consult any other authority/person. Only presidential approval is necessary. However, in case this liberal interpretation of Article 130 is not feasible, suitable legislation/constitutional amendment may be enacted to do the needful.”

Thus, the constitutional scheme of things provides for setting up benches on both a geographical and functional basis. Moreover, a mere literal interpretation of Article 130 makes it clear that no constitutional amendment would be required in order to set up such benches. As such, setting up regional benches of the Supreme Court dealing with appeals, with a constitutional bench in Delhi is the best way forward.

Many legal experts feel that setting up regional benches of the Supreme Court would dilute its constitutional superiority. However, with the decentralisation being both functional and structural in nature, with only the bench in Delhi dealing with constitutional matters, such concerns may be put to rest.

Thus, setting up regional benches in no way dilutes the finality or superiority of the Supreme Court’s decisions. The Supreme Court of India has been a robust institution, which remains unparalleled in the service that it has rendered to the nation. The founding fathers of the Constitution never envisaged the Supreme Court to be geographically concentrated in Delhi. With the rising arrears of cases and practical difficulties being faced by poor litigants, it is about time that the idea of setting up both regional and functional benches be explored seriously.

Aditya Manubarwala is serving as a law clerk-cum-research assistant at the Supreme Court of India. He has previously been special adviser on international law and affairs at the Office of the President of Afghanistan.