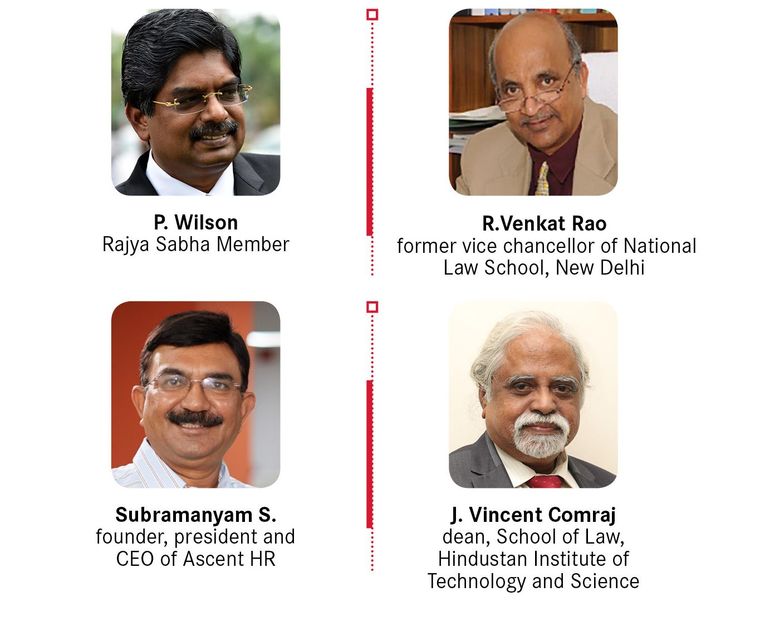 India has over 1.4 million registered advocates. The estimated value of the Indian legal market in 2010 was approximately $1.25 billion. Every year more than 60,000 law graduates join the legal profession in India. It was in this context that THE WEEK, in association with the Hindustan Institute of Technology and Science, presented a webinar on trends in legal education in the country. Attended by more than 1,500 students, the webinar threw light on the various challenges in legal education and practice, and also on the various opportunities available for graduates.

While inaugurating the webinar, Rajya Sabha member P. Wilson detailed the role of governments in enhancing the quality of legal education in India. He pointed out his expectations about the private member bills that he had introduced in Parliament—to increase the age of the judges, the need for diversity in appointment of judges, and the need for regional benches of the Supreme Court.

Wilson also spoke about allowing foreign law universities to open campuses in India, and the scope of Indian lawyers in international courts. He stated that law, legal education and development have become interrelated in modern developing nations, and the purpose of legal education is to produce lawyers with social vision.

Rao spoke on the existing curriculum in legal education and how legal education has evolved over the years. He also explained how internships with law firms and corporate companies would help in skill development, and discussed the concepts of dispute settlement to dispute avoidance, and the future of legal education.

Talking about opportunities and careers for law graduates, Subramanian stressed that every corporate house now has a separate legal department, and how studying cyber laws would be beneficial. Comraj briefed the students and audience on several modules of legal education, and the contributions of the Hindustan University towards legal education.