States and High Courts have to address backlog 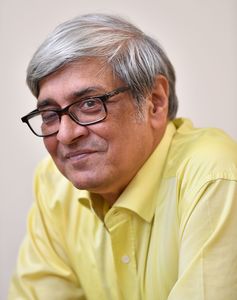 UNTIL DISPUTE resolution is swift, the legal system is not credible. A backlog of around 3.5 million cases is horrendous. There is a long list of what should be done to fix the legal system, with reforms on both demand and supply. The idea of fast-track courts originated with the Eleventh Finance Commission (2000-2005). So, to evaluate the courts, we should consider what the commission visualised: “The demand made to us by the States... including establishment of new courts, sums up to Rs4,870 crores…. It goes without saying that the creation of these new courts would require very large recurring and non-recurring expenditure…. The Scheme is that instead of employing new judges, retired sessions judges and additional sessions judges be appointed as ad hoc judges for disposing of the pending sessions cases. A fixed tenure of two years would be an impetus to them to dispose of the cases early and not to linger on with an expectation of extended tenure.”

Accordingly, the commission provided Rs502.90 crore for 1,734 fast-track courts. The funding for improving judicial infrastructure was not meant to come through the Finance Commission. Those funds flowed through the Planning Commission. Nor were broader judicial reforms part of what fast-track courts were supposed to do. The purpose was focus—specific money for specific cases. Though not mandatory, there were guidelines. Each judge should dispose of 14 sessions cases per month; 168 cases a year. Five judges per district, with 600 districts, would mean more than five lakh cases disposed of in a year; backlog reduced by two million in four years. At least, that is what the Eleventh Finance Commission thought. It said that if the experiment was successful, the model could be extended to other criminal (non-sessions) and civil cases; the work norm would be 20-25 cases disposed of per month.

Judiciary is reluctant to accept externally determined work norms. But, it is also not willing to evolve norms on its own. One can understand the difficulty of evolving work norms for complicated constitutional cases. But I have not understood why norms cannot be evolved for lower courts, where questions of fact, rather than the law, are involved, and where there is no need to write long and complicated judgments. (Do you remember a recent instance where Supreme Court judges sent back a Himachal Pradesh High Court judgment because they could not understand it? I wish more judges would write judgments like Lord Denning.)

Be that as it may, the Eleventh Finance Commission money became additional funds, without work norms, used like a shotgun, in the hope that something sticks. The scheme should have ended on March 31, 2005. It did not, because of the Supreme Court’s judgment on May 6, 2002 (Brij Mohan Lal vs Union of India and Others). If you read the judgment, the tenor is that we need more courts and more judges and, to this end, any additional resources are welcome. The directions said that at least one administrative judge shall be nominated in each High Court to monitor the disposal of cases by fast-track courts. I suspect not much has happened in this direction. So, Union government funding continued till March 31, 2011. After that, in a view upheld by the Supreme Court in 2012, it was left to the states and High Courts to decide how to address the judicial backlog issue best.

The 14th Finance Commission said that was the reason states have a higher share (42 per cent) in the divisible pool of taxes. It also said there were 699 fast-track courts which have worked well with a focus (crimes against women, disputes more than five years old). Hence, in 2019, there were 1,023 fast-track courts for rape cases and offences under Protection of Children against Sexual Offences. However, if a state wishes to continue with fast-track courts, these have to be made permanent.

Debroy is chairman of the Economic Advisory Council to the prime minister.