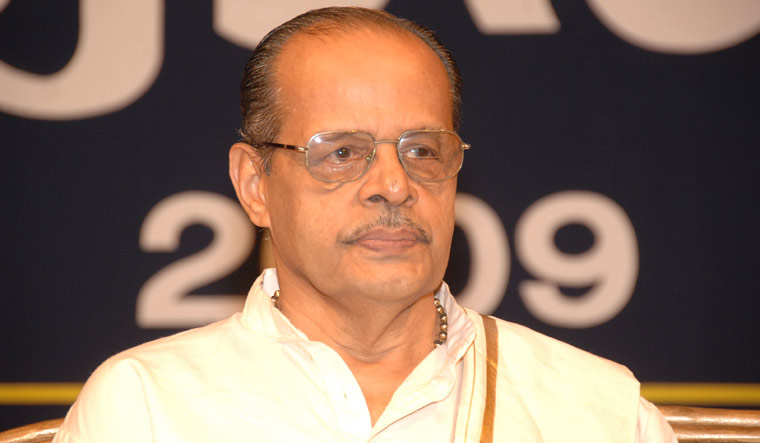 N.R. Madhava Menon, regarded as being the father of modern legal education in India, passed away at a hospital in Thiruvananthapuram, family sources said on Wednesday.

"He was undergoing treatment for the past one week for age-related ailments at a private hospital here. He left us around 11.30pm yesterday (Tuesday)," a source close to the family told PTI.

The funeral would take place at 2.30pm on Wednesday at Shanthi Kavadam, the state-owned crematorium in Thiruvananthapuram. Menon is survived by his wife and a son.

President Ram Nath Kovind condoled his death. "Sorry to hear of the passing of Prof N.R. Madhava Menon, educationist, scholar and a pioneering spirit behind modern legal education in India, beginning with National Law School of India University, Bangalore. My condolences to his family and countless students," the official Twitter account of the president read.

Kerala Governor P. Sathasivam said he was "deeply saddened" by the demise of Menon, whose insightful ideas modernised legal education in India. "As an authority in legal and constitutional matters, he used his limitless erudition to build world-class institutions and to enlighten generations of students," he tweeted.

Kerala Chief Minister Pinarayi Vijayan, in his condolence message, said Menon gave a new direction to the legal education sector in the country. "The National Law School in Bangalore was established due to efforts taken by Menon. Later, the then chief minister of West Bengal Jyothi Basu invited him to start a similar institution in Kolkata," Vijayan said in a release, adding his achievements would make any Keralite proud.

Menon started his legal career with the Kerala High Court at the age of 21 after graduating from Government Law College.

He established the National Law School of India University (NLSIU) in Bengaluru in 1986 and was the vice-chancellor of the university for 12 years.

Menon was also the founding director of National Judicial Academy in Bhopal.

The nation honoured him with the Padma Sri in 2003 for his contributions to the legal field.