The activist, charged with sedition, has been granted bail by a Delhi court 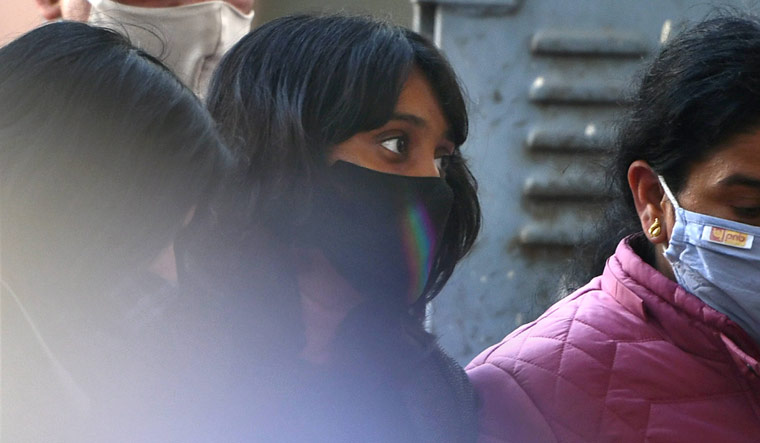 The Union Home Ministry has once again come into focus with climate activist Disha Ravi's arrest on sedition charges and subsequent bail by a Delhi court which said the 22-year-old was not fomenting violence.

The MHA is the nodal ministry for drafting changes to the Indian Penal code and has for long been studying whether there is a need to tweak the British era law which has attracted huge public outcry over its alleged misuse—not only during the incumbent BJP government but also during the previous UPA tenure.

At that juncture, the UPA government asked a Group of Ministers (GoM) to review the law, particularly aimed at drawing a difference between anti-government and anti-India protests.

The Home Ministry then asked the Law Commission to review the law and suggest suitable amendments in the provisions relating to sedition in the Indian Penal Code.

''The MHA wanted to ensure the law is not misused or misinterpreted to slap charges against activists and others who speak against the government or indulge in anti-government protests," said a government official.

In the meantime, law enforcement agencies were also asked to avoid misinterpretation of the sedition law, instead rely on other provisions of the Indian Penal Code to deal with similar offences of a lesser category.

Section 124 A of the Indian Penal Code says whoever by words, written or spoken, or by signs or visible representation brings or attempts to bring hatred or contempt or excites disaffection towards the government shall be punishable with imprisonment for life or with imprisonment which may extend to three years.

According to sources, the Law Commission had earlier recommended retaining the section on sedition in IPC, but wanted to review its definition to define acts of hatred or disaffection as ''against the Parliament, state legislators, Constitution, the national flag, the national emblem and the national anthem''.

The aim was to tighten the definition of sedition by explaining anti-state acts as those that were not only unpatriotic but also likely to incite 'public disorder'.

The proposed amendments also suggested a middle ground as far as punishment under the law was concerned. It was proposed that the offence may entail imprisonment up to seven years along with fine.

Nine years later, the ball is once again in the court of the MHA. With the public and the judiciary becoming critical of its use, the home ministry may want to revisit its files.

The MHA, which is the custodian of internal security, has always been reluctant to repeal the law arguing that it guards the "state" against acts of hatred or disaffection.

Even during the UPA regime, the MHA was not keen to do away with it completely, instead it maintained that the law was being used only in rarest of rare cases. Sources said only 102 cases of sedition had actually taken place since independence up to 2012.

Cases with charges of sedition being slapped against offenders have risen since then and the concerns over its use by law enforcement agencies and getting convictions in court are still alive and waiting to be addressed.

Security sources said the sedition law can once again be reviewed in accordance with the restrictions imposed under Article 19 (2) of the Constitution but a final view has to be taken by the home ministry.

Aseem Trivedi was finally set free after the Maharashtra government withdrew the charge of sedition against him in 2012. This time, Disha Ravi has got bail. But the case isn't over yet and neither is the debate and discussion over what defines sedition.