Was there a well-thought-out conspiracy behind Kasganj violence? 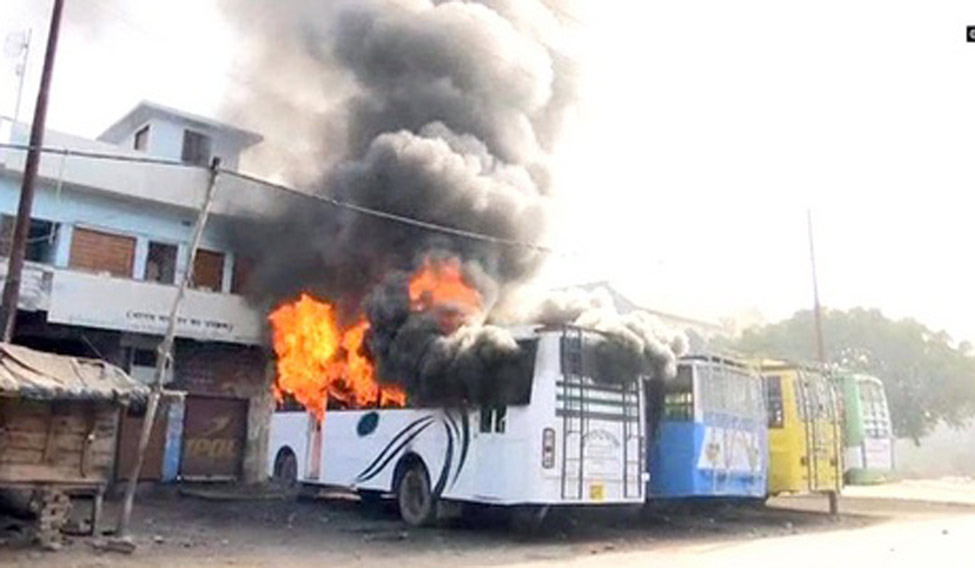 The violence that rocked Kasganj in western Uttar Pradesh on Republic Day, resulting in the death of one person, may not be the result of an impulsive clash between two groups, if the preliminary probe report into the incident is to be believed.

The confidential report, sent to Chief Minister Yogi Adityanath and other senior officials in the administration, alludes to the fact that miscreants who had instigated violence on that day had political patronage. The report mentioned that killers of Chandan, who died in the violence, have patronage of local leaders. The names of these leaders figure in the report.

Senior intelligence officials are camping in Etah to further investigate the reasons that led to the violence.

Chandan’s killer has been identified as Vaseem Javed. A pistol has been recovered from Javed's residence in the search operations.

The seizure of weapons and country made bombs during search operations also indicate that riot was a part of well thought of conspiracy. So far, the police have deemed that Javed was the mastermind behind the gruesome violence. According to police, his role in the incident is being probed.

Besides, one of the questions that remain unanswered is how the miscreants got hold of the stones which are usually found in the railway tracks.

Meanwhile, various Hindu organisations have been alleging that the riot was the result of a well-thought-out conspiracy. The MP of the area, Rajveer Singh, too has backed the claim.

Chief Minister Yogi Adityanath expressed shock over the incident and took stock of the situation at his residence. He also held talks with the chief secretary, home secretary and DGP. There are indications that some of the top cops in the district may face music over the incident.

Meanwhile, as many as 112 people were arrested in connection with the violence and security forces personnel intensified vigil in the area even as the situation limped back to normalcy.

Principal secretary (home) Arvind Kumar also said normalcy was being restored in the city, according to media reports.

Your form could not be submitted.
This browser settings will not support to add bookmarks programmatically. Please press Ctrl+D or change settings to bookmark this page.
Topics : #Uttar Pradesh