Propaganda against UPA was without foundation: Manmohan on 2G verdict 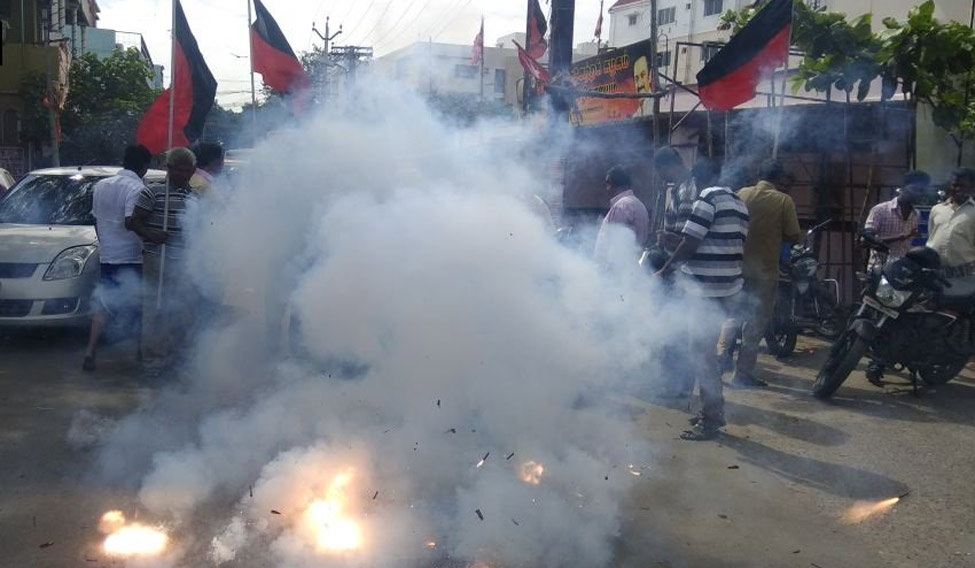 DMK supporters celebrate in Coimbatore after the 2G verdict | ANI

The political implications of the verdict of a special CBI court in Delhi in the 2G Spectrum Scam on Thursday came into play immediately after the order was passed, with the Congress claiming vindication of its stand that there was no loss involved in the allocation of spectrum and also demanding an apology from the BJP on the issue.

One of the more prominent reactions was from former prime minister Manmohan Singh. Singh said that the 2G verdict acquitting all the accused in the alleged scam in telecom spectrum allocation proves that there was a massive propaganda against his government.

"I am glad that the court has pronounced unambiguously that all this massive propaganda that was being done against the UPA was without any foundation," he told reporters in Parliament.

Singh said he did not want to boast about anything, and emphasised that the judgement must be respected.

"The judgement speaks for itself," he said.

The Manmohan Singh government's image was tarnished by corruption allegations, the 2G spectrum case being the centrepiece of the opposition's attacks on it.

It is felt that the Congress' disastrous showing in the Lok Sabha elections in 2014 was largely due to the corruption taint, which the UPA regime was unable to shake off.

With the court acquitting all 18 accused in the case, including DMK leader and former telecom minister A. Raja and his party colleague and Rajya Sabha MP M.K. Kanimozhi, senior Congress leader and former union minister Kapil Sibal said, “I have been proven right. There was no corruption, no loss. If there was a scam, it was a scam of lies put together by the opposition (BJP) and Vinod Rai (then CAG).”

The Congress carried the burden of the 2G Scam, with the CAG having pegged a loss of Rs 1.76 lakh crore to the nation on account of the manner in which the spectrum was allocated. It was also one of the main constituent issues of the anti-corruption campaign of Anna Hazare and Arvind Kejriwal that pushed the UPA government to the wall.

Congress leaders demanded an apology from the BJP, confident that the party will not be able to attack with the 2G case anymore, even as they feel that the damage has already been done.

“Will BJP now apologise to the nation for stalling Parliament for years, slowing down India's growth story, levelling baseless accusations against the then government for the BJP's hunger to be in power at any cost? Shame on their power-hungry politics,” said Congress spokesperson Priyanka Chaturvedi.

Raja said he would like to read the court's order and only then offer comment. But DMK supporters waving the party flag broke out in celebrations as soon as the order was made and its leaders were acquitted.

There was also talk of how the verdict would play out in the Assembly bypolls in the R.K. Nagar constituency in Chennai as well as its impact on the political dynamics in the state in the run-up to the Lok Sabha elections in 2019.

Your form could not be submitted.
This browser settings will not support to add bookmarks programmatically. Please press Ctrl+D or change settings to bookmark this page.
Topics : #R.K. Nagar bypoll | #DMK | #Congress | #BJP | #2Gscam