Jaipur foot, self reliance and the Afghan connection 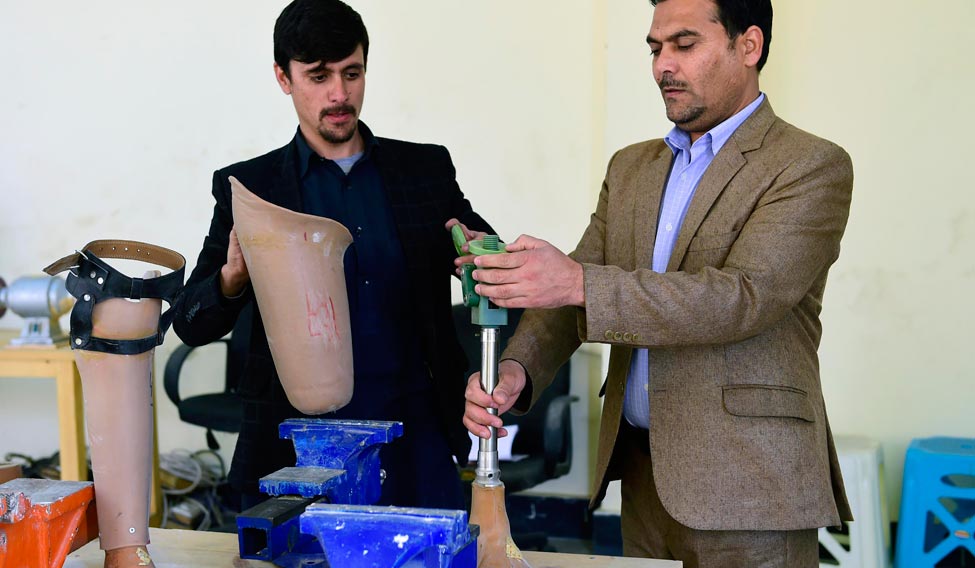 Afghanistan is a country with some really scary statistics. The ongoing war—into its 16th year—as well as terror attacks by the Taliban and now the ISIS means huge casualties. “One estimate says that at least 1,000 persons in every province lose a limb every year. With 34 provinces, that means our need for prosthesis alone is 34,000 annually,” said Dr Fazlullah Mohammadi, director of Afghanistan's National Disability Institute (NDI).

A number of international organisations have helped Afghanistan over the years. However, with the withdrawal of the US troops, several of these organisations are also moving out of the country. The NDI, therefore, cherishes the gift India has given it—self reliance. NDI manufactures Jaipur foot, a light-weight, durable prosthetic patented in India. With three India-trained experts, NDI makes around 70 to 100 prostheses a month, for patients who come from far-flung provinces.

NDI has an MoU with Jaipur-based Bhagwan Mahaveer Viklang Sahayata Samiti (BMVSS), the parent body of the Jaipur foot. D.R. Mehta, founder and chief patron of the Samiti, said they had first gone to Kabul in 1996 and held five-month long camps between 1996 and 2014, when they fitted prosthesis, free of charge, on 3,738 victims. The camps had frequent brushes with death that is part of almost any effort in Afghanistan.

One camp at Mazar-e-Sharif was attacked by the Taliban. During another camp, they got intelligence in advance, so had to frisk everyone, including every amputee. “The camps created enormous goodwill and ultimately led to the Memorandum of Understanding through which we are now training Afghanistanis to manufacture the prosthesis themselves,'' Mehta said.

The workshop at NDI is a simple unit. The technicians speak Hindi, they have been trained for four months in Jaipur. Much of the raw material, too, has been donated through the efforts of India. The cost of one prosthesis is approximately $15, which is several times less than what a western prosthesis might cost.

Mohammadi said because of the restraints and inadequate funds and trained personnel, the institute was barely able to meet the demand for prosthesis. In addition, it was also unable to offer any occupational therapy or counselling. These are basics in any other country.

But Afghanistan is not any other country. “The gap between demand and supply is so huge that war victims are given the first priority when it comes to aid. People with other disabilities are not even in the focus. My fear always is that foreign aid will dry up completely. We have to learn self reliance,” he said.

The NDI is a small but important step in that self reliance, thanks to India. A patient is measured by a technician who makes an artificial limb within 24 hours. The next day, the patient straps it on and is good to go.

Mohammadi is hopeful that one day the demand for artificial limbs would come down. He, however, knows that is wishful thinking. On the other hand, with escalating violence, the demand is only increasing. “Therefore, I dream of such a stage of self reliance that we are able to cater to the needs of our people ourselves. One day, I hope to be able to start mobile centres in provinces.”

Your form could not be submitted.
This browser settings will not support to add bookmarks programmatically. Please press Ctrl+D or change settings to bookmark this page.
Topics : #Afghanistan