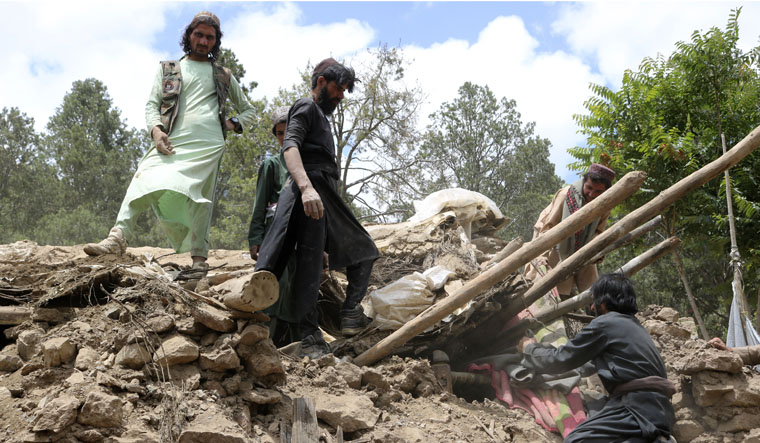 An earthquake of magnitude 6.1 which jolted Afghanistan on Wednesday has killed 1,000 and left over 1,000 wounded. Rescue mission is continuing in affected areas.

Al Jazeera reported quoting Muhammad Amin Huzaifa, head of the Information and Culture Department saying, “People are digging grave after grave. “It is raining also, and all houses are destroyed. People are still trapped under the rubble.” Yaqub Manzor, a tribal leader from Paktika province, said survivors were mobilising to help those affected.

BBC reported that the head of the United Nations, António Guterres said the agency had 'fully mobilized' over the disaster. Health teams, medical supplies, food, and emergency shelters were en route to the quake zone, UN officials said. Most of the casualties so far have been in the Gayan and Barmal districts of Paktika. A whole village in Gayan has reportedly been destroyed, BBC reported. An earthquake of magnitude 6.1 rocked Afghanistan during the early hours of Wednesday and rescue efforts are continuing.

India, Japan has offered aid to the country. Prime Minister Narendra Modi said, “''India stands by the people of Afghanistan in their difficult times and is ready to provide all possible disaster relief material at the earliest.'' Japan has also promised aid to the country. Deputy Chief Cabinet Secretary Seiji Kihara told in a press conference that the government was coordinating moves to 'provide necessary support promptly' as well as assessing the situation to grasp local needs, Reuters reported.