The month of December is holiday time for a majority of people in the world. Most professionals in India and overseas are on a welcome break. Tennis pros, too, get a break from playing world-class tournaments in the final month of the calendar, but, unlike a lot of others who enjoy a carefree holiday, we, players, probably put in the maximum effort in this brief period when we are away from competition.

The importance of doing a strong off-season training cannot be overstressed and is critical to one's performance in the coming year. For several years, Mahesh Bhupathi would organise a camp in Bengaluru or in Mumbai where he and I would get together with Rohan Bopanna, Purav Raja and a bunch of promising Indian juniors to earnestly prepare for the coming year. Since the Sania Mirza Tennis Academy was created, I have personally arranged for world-class trainers and coaches to help us with our off-season workouts.

Tennis is a very physical sport in which proper training and strength building is the key to sustained success. I have worked with Robert Ballard for the last few years, especially during the off-season, and rate him highly as one of the best trainers that I have seen on the circuit. The Olympian from Australia has had experience on the Association of Tennis Professionals as well as the Women's Tennis Association circuits and is working with us at SMTA again this year. Saketh Myneni, my mixed doubles partner with whom I won a gold medal at the Asian Games in Incheon, has joined the camp and we put in seven or eight hours a day on the tennis courts, in the gym, with all kinds of physical training. This includes the most unimaginable punishment that our bodies have to endure as we are made to single-handedly push Toyota Innovas and lift tractor tyres (to primarily strengthen our abdominal muscles) apart from dozens of other unique drills devised and executed under Robert's expert supervision. 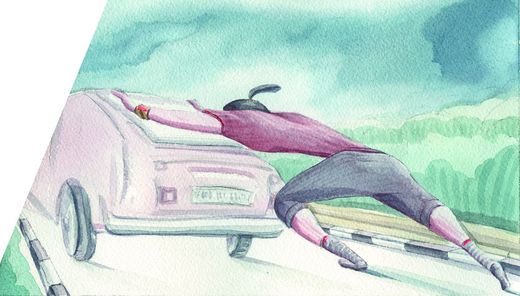 As professional tennis players, we endeavour to reach our peak physical fitness towards the end of the camp just as the season is about to begin with the first tournament in Brisbane early January. This is achieved through hours and weeks of torturing our bodies to take the load of the impending months of toil on the circuit. But the larger goal is to try to maintain this high level of fitness for as long as possible and to delay the dip in strength and endurance, which is a natural occurrence due to the battering the body is subjected to during the course of gruelling matches.

The strengthening of the body is also instrumental in protecting one from injuries that could easily destroy the season for a tennis player. My trainer joined me in New Delhi while I was playing in the Indian Premier Tennis League matches and after a gradual beginning, I have pushed myself hard to achieve the required level. But the focus during the off-season cannot entirely be on physical fitness, as strategic work also needs to be done to hone skills and to fine-tune one's tennis game.

My great start to the year 2014, when I reached the final in Melbourne with Horia Tecau in the Australian Open, and the unbelievable finish to the season that I was fortunate to achieve are, perhaps, a reflection of my team's efforts (and mine) in preparing me well last December to shoulder the ebbs and flows of the entire 2014 season. The fun-filled festival season of December that the rest of the world enjoys is truly a time for reflection, intensive preparation and training in the lives of professional tennis players.