Tennis is a sport designed primarily for individuals and the circuit can, at times, be a lonely place for professional players. It is at team events like the Fed Cup, the Asian Games or the Olympics that we automatically become a part of the national team and it is an experience that we all relish. Team tennis is a concept that is new to India and the start of the International Premier Tennis League in Asian cities, including New Delhi, is a welcome beginning to an exhilarating format that is certain to further popularise the game in our country.

I am excited to be a part of the IPTL and I am even more thrilled to be playing for the Indian Aces team that includes the world's best men, women and legends of tennis. I hold in high esteem each of the players selected to represent the Indian Aces.

Ana Ivanovic is one of my closest friends on the tour and we have spent many evenings together, dining, gossiping and bonding in various cities around the world. Needless to say, she is one of the most popular players in the women's circuit, not just for her skills but also for the poise and grace with which she carries herself on and off the court. I partnered with her in doubles in a tournament in Miami many years ago and we had a wonderful time. I am looking forward to playing on the same side with Ana again.

Fabrice Santoro has been my mixed doubles partner at the French Open. Known as the 'Magician' for the phenomenal and unique manner of his net play, 'Fab' is a gentleman to the core. I remember how he refused to attack the women opponents in the matches that we played together while the men on the other side had no qualms about going at me with the full power of their strokes. 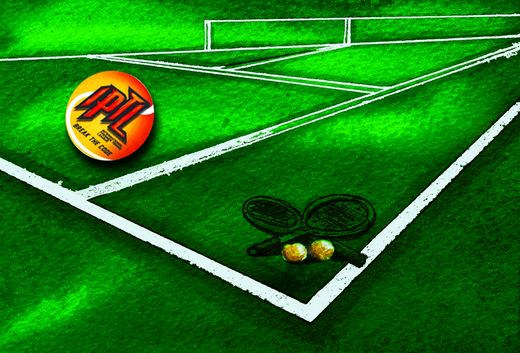 After we lost in the quarterfinals, Fabrice came up to me and said: “I simply cannot hit the girls with the ball, Sania. It is not right. So, if you want to win the title, you will have to find yourself another partner. However, if you want to simply enjoy the game of tennis, I will be really happy to continue playing with you!”

Gael Monfils is the other Frenchman in our team. Though completely different in style and demeanour to his senior countryman, Gael was expected to become the number one player by experts who saw him play as a junior. A true entertainer, he brings excitement on court with his agility and unorthodox moves.

Rohan Bopanna is a dear friend. We have played a lot of doubles matches together. I was a raw teenager when Rohan and I won the national mixed doubles title in New Delhi. Later, we had an undefeated record while playing for India in the Hopman Cup, winning nine matches on the trot against some of the world's best teams. We also reached the quarterfinals at Wimbledon once and obviously gel well on court.

At the time I was playing the junior grand slams, Pete Sampras was the most admired player on the professional circuit. He was one of the greats of the game and is the only player in the Indian Aces team whom I have never met before although I have watched him play. My partner Cara Black's husband, Brett Stephens, worked with Pete as his trainer and I have heard a lot from him about the great man.

That brings me to the man, who happens to be my favourite tennis player of all time, someone I consider to be the greatest ever! Yes, Roger Federer is in my team and there cannot be a bigger honour for me. I met him for the first time at Tony Roche's home in Sydney in 2005 when we were both being coached by the Australian veteran. We are friends now but that does not diminish his aura for me. It is thrilling to be in the same team as the wonder-man of tennis. I feel truly privileged.