The next Grand Slam tournament begins on June 27 at Wimbledon 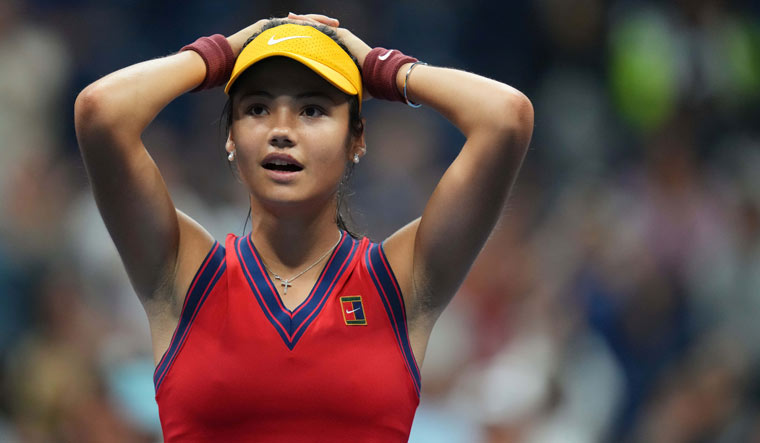 US Open champion Emma Raducanu has no idea if she'll be ready for Wimbledon in just under three weeks after retiring from her match with a freak injury to her left side.

Raducanu was facing Victorija Golubic in her opener at the Nottingham Open and was trailing 4-3 when she stopped playing.

I think I pulled something, I am not really sure what exactly happened, the 11th-ranked Raducanu said, describing it as an absolute freak injury.

The next Grand Slam tournament begins on June 27 at Wimbledon.

I cannot diagnose myself. I will get it checked out, the 19-year-old British player said.

Just over a year ago, Raducanu reached the fourth round at Wimbledon in what was her debut in a Grand Slam main draw. She won the U.S. Open title at Flushing Meadows but hasn't advanced past the second round at the two majors so far in 2022 at the Australian Open and Roland Garros. AP   BS BS 06080941