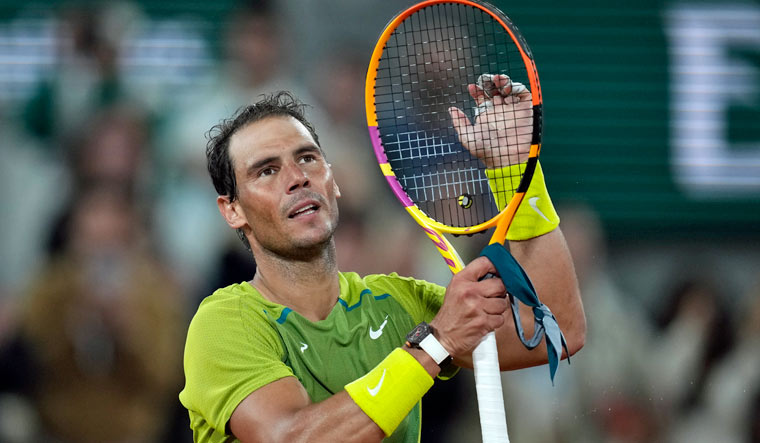 Spain's Rafael Nadal celebrates winning against France's Corentin Moutet in three sets, 6-3, 6-1, 6-4, during their second round match at the French Open tennis tournament in Roland Garros stadium in Paris, France, Wednesday, May 25, 2022 | AP

Rafael Nadal earned his 300th Grand Slam win. Nadal crushed France's Corentin Moutet 6-3 6-1 6-4 to book his spot in the French Open third round. Nadal, who turns 36 next week, will face Botic van de Zandschulp of the Netherlands, with a possible quarter-final with Novak Djokovic looming.

Nadal's preparations were hampered by a rib injury "I can't try to go very deep in a tournament if I'm worried about my physical issues every single day," he told Reuters. "So if something happens, I am gonna accept it. But for the moment I am focused on the tennis."

This was Nadal's first clash with the 23-year-old French wild card. Nadal broke Moutet's serve in the first two sets. But, in the third set Moutet took a 2-0 lead, before Nadal broke back.