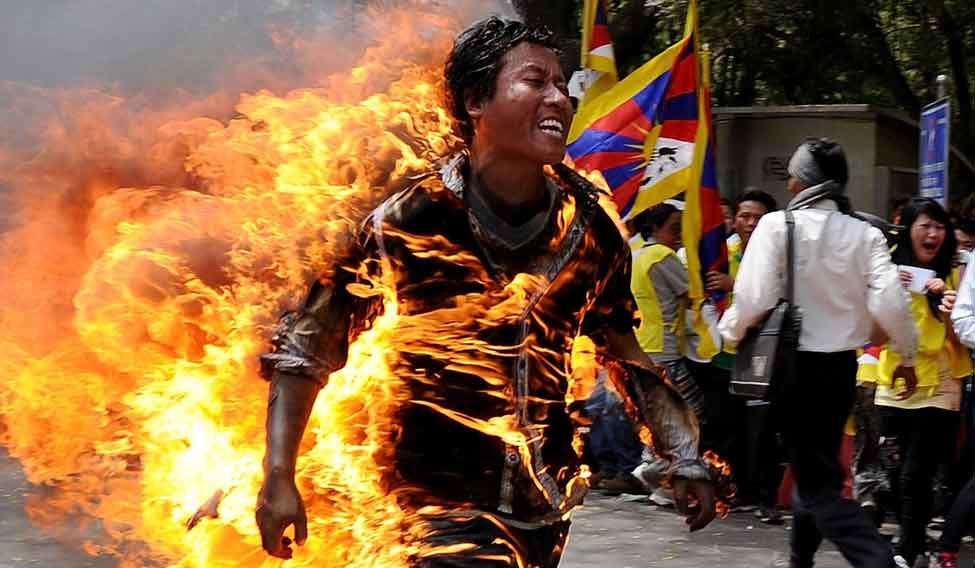 Photography is much more that creating photographs. It is the art of capturing a moment in its true essence, revealing emotions that words might fail to describe, and freezing subtle expressions in powerful frames. Here are some of the most striking photographs from India that not only shook the country but also played a crucial role in defining history.

On March 28, 2012, 27-year-old Tibetan exile, Jamphel Yeshi, set himself ablaze at Jantar Mantar in New Delhi to protest Chinese occupation of Tibet, hours before the arrival of Chinese President Hu Jintao in India for an emerging market nations summit. After setting himself on fire, Yeshi ran into the mass of protesters who were already raising slogans against Chinese policies in Tibet before succumbing to burn injuries. He died of 98 per cent burns. In a hand-written letter, found in Yeshi's room, he wrote, “The fact that Tibetan people are setting themselves on fire in this 21st century is to let the world know about their suffering, and to tell the world about the denial of basic human rights.”

Perhaps the first case of self-immolation as a way to protest was recorded in 1963, when Vietnamese Buddhist monk Thich Quang Duc set himself on fire to protest the repressive political regime in South Vietnam. Sitting in the traditional Buddhist meditative lotus position, the calm monk, soaked in petrol, lit a matchstick and dropped it on himself. He neither moved an inch nor made a sound while the flames consumed his body, until he slumped–a smoking corpse. The protest was widely covered by the world media and the photograph of the burning monk is counted among the most powerful photographs of all time. Perhaps, this was the first time that self-immolation as way of protest was documented and was brought to global attention. 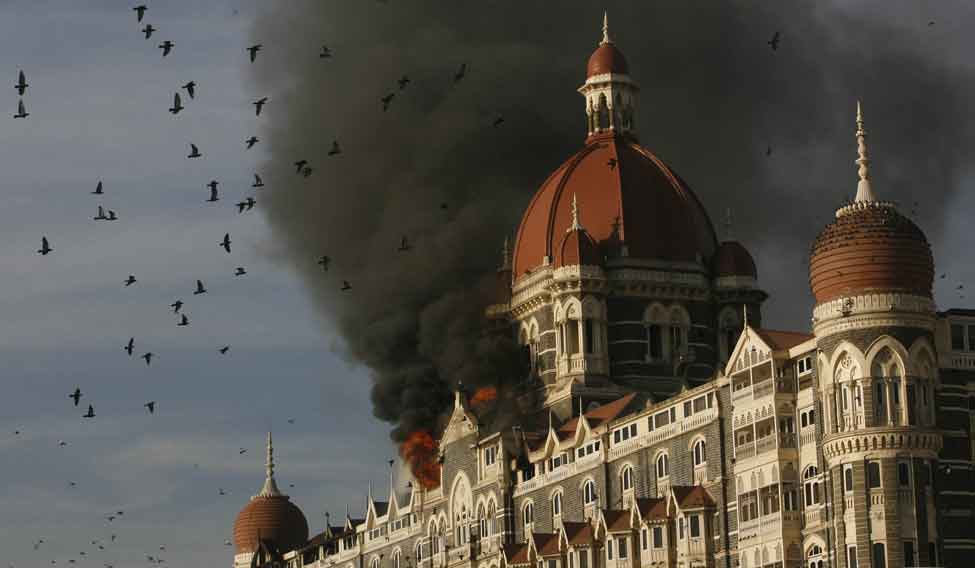 The history of Mumbai's Taj Mahal Palace hotel dates back to 1903 when it opened its doors to guests. The Gateway of India was built only 21 years later. The book, The Taj at Apollo Bunder, co-authored by Charles Allen and Sharada Dwivedi, claim that for over 50 years, Taj's 240-feet-high dome was the first clear marker of Bombay Harbour from the sea. The hotel's dome is still an official triangulation point for ships of the Indian Navy to fix their position in the harbour.

It was this dome that let out a great billow of black smoke as the legendary hotel, along with other prominent landmarks in the city–Chhatrapati Shivaji Terminus railway station, Leopold Café, Tower Hotel, Oberoi Trident Hotel, Metro Cinema, Cama and Albless Hospital and Nariman House–came under terror attack on November 26, 2008. On the fateful night, 10 Lashkar-e-Tayyiba militants transformed Mumbai into a war zone. They stormed into the target buildings and opened indiscriminate firing, killing more than 160 people. 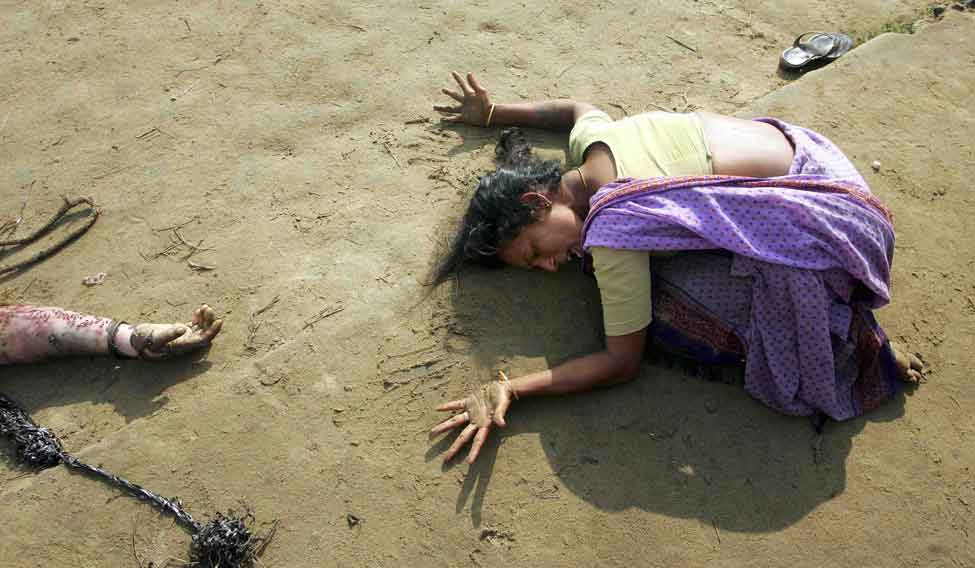 On December 26, 2004, the world witnessed nature's fury at its worst. At 7:59 am (local time), a massive undersea earthquake of 9.1 magnitude struck off the coast of Indonesia, unleashing a series of immense ocean waves that spread across Indian Ocean, killing over 2,20,000 people, wiping out coastal areas across nine Asian countries, and causing fatalities as far away as Somalia, East Africa. India, which faced the tsunami on its eastern coastline, was one of the worst affected countries. Andhra Pradesh and Tamil Nadu faced most damage. As per the estimates, over 15,000 lives were lost and thousands were reported missing in India.

Arko Datta, captured the story of loss and destruction through the lens of his camera. His heartbreaking photograph (shown above) of a woman mourning a relative killed during the tsunami, won him the World Press Photo of the Year 2005 award. The photograph was featured among the Dutch postage stamps published on the occasion of World Press Photo’s 50th anniversary. 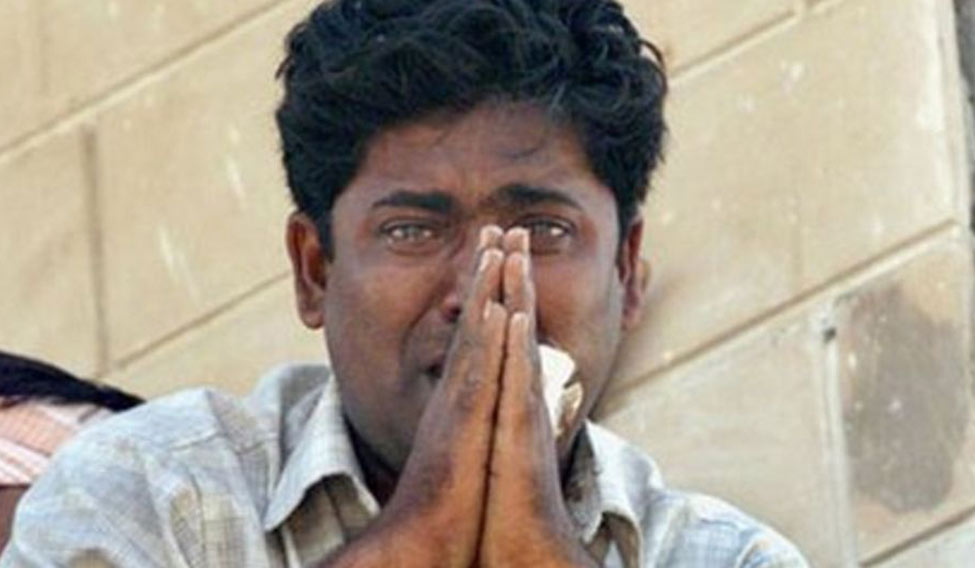 Fourteen years ago, World Press Photo of the Year 2005 award winner Arko Datta, captured the horror of 2002 Gujarat riots in a photograph of a Muslim tailor pleading for help. One of the most famous photographs by Datta, the picture shows a scared, teary-eyed Qutubuddin Ansari, then 28 years old, in a checked shirt stained with blood, standing on a narrow veranda, with folded hands and mouth agape. With this photograph, Ansari became the face of the riots which left nearly 1,000 people, mostly Muslims, dead in Gujarat.

The photograph turned Ansari's life upside down. Though he was saved by the soldiers, the picture, that made it into the pages of most of the newspapers in India, followed him relentlessly. "It haunted me, and drove me out of my job, and my state," he told media. Soon after, he moved to Maharashtra, where he was shown the door at his workplace for being 'the man' from the famous picture. Over the next few years, he struggled to hide his identity and to keep a job. Wherever he went, people recognised him and journalists followed him for his story. 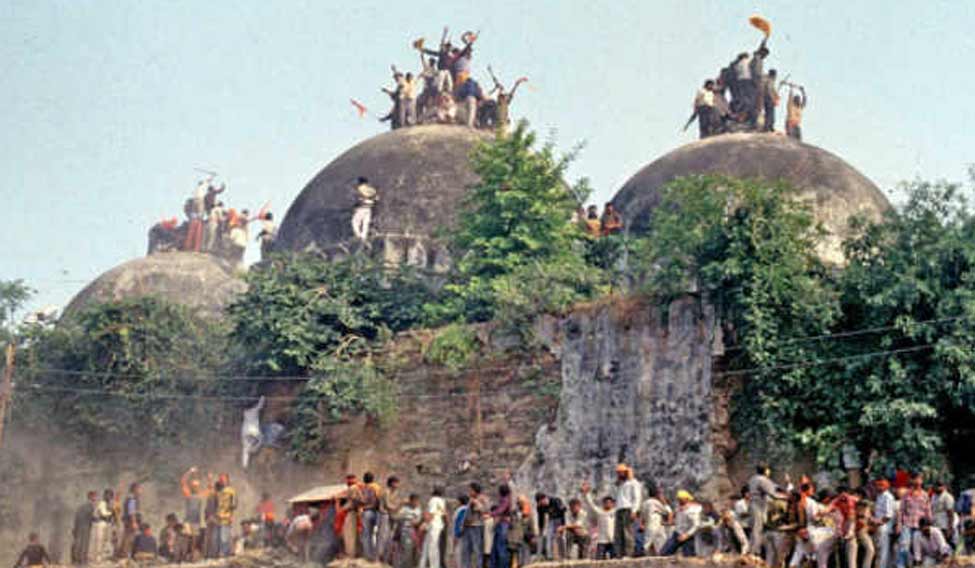 Babri Masjid demolition is the cut on the secular fabric of modern India that refuses to heal, even after two decades of the shocking incident, seeds of which were sown more than a hundred years ago. Built by Mughal emperor Babur in 1528, the mosque in Ayodhya, Uttar Pradesh, had been in the centre of communal disharmony since 1853 when incidents of communal violence were first recorded at the site. Post independence, in 1949, both Hindus and Muslims filed civil suits after idols of Ram Lalla were found inside the 16-century mosque. Hindus claim the site to be the birth-place of Lord Ram. Muslims refute the claim and refuse to let go of the site.

On December 6, 1992, thousands of Hindu kar sewaks–supporters of VHP, the Shiv Sena party and the BJP–tore down the mosque, triggering nationwide communal riots between Hindus and Muslims. The clash left more then 2,000 people dead.

Photographs of kar sewaks atop the domes of the mosque, with iron rods in their hands, ripping apart the structure, brick-by-brick, played catalyst to the rioting in India. The photograph fuelled anti-Hindu sparks in Pakistan and Bangladesh as well. 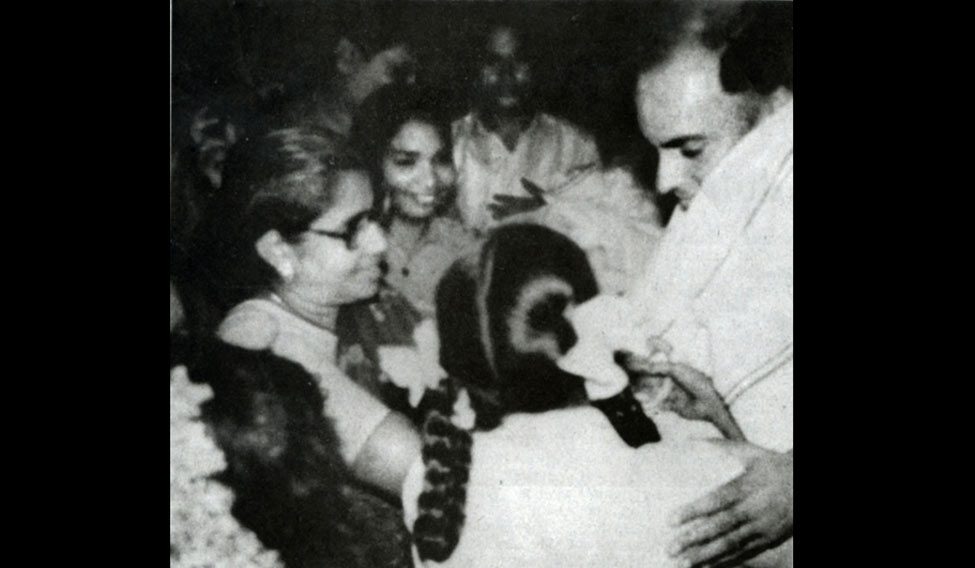 The last picture of Rajiv Gandhi, clicked just moments before the assassination

It has been 25 years since India's youngest Prime Minister Rajiv Gandhi was killed in a suicide bomb attack in Sriperumbudur in Tamil Nadu. He was assassinated on May 2, 1991, by a female Liberation Tigers of Tamil Eelam (LTTE) member. The above photograph, the last one of Gandhi, was clicked by a local photographer just moments before the assassination. Gandhi, then 46 years old, was campaigning for general elections and was in Sriperumbudur to address a public rally. The suspected assassin can be seen on the bottom left corner of the picture; the one with flowers on her head.

The photographer, Hari Babu, accredited for the above picture was also killed in the attack. Hari Babu had accompanied the assassination team and had captured only 10 frames on his camera when the bomb went off, killing Gandhi on the spot. However, the film roll, that survived the explosion, helped police identify everyone in the 10 frames, dead or alive. 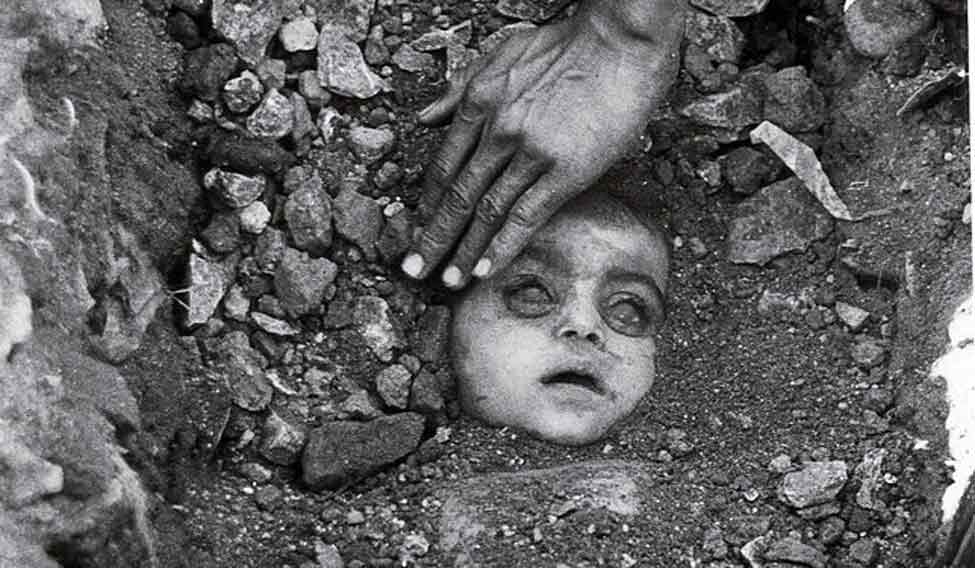 On the night of December 2, 1984, an industrial negligence at Union Carbide India Limited pesticide plant in Bhopal transformed the city into a gas chamber. Bhopal witnessed one of the world's worst chemical disasters when toxic methyl isocyanate gas leaked from the plant and engulfed the city. The accident caused over 2,000 deaths in the first few hours, affected almost the entire population of 5 lakh people, and marred the future of generations to come.

The tragedy was extensively documented by Indian photographers Pablo Bartholomew and Raghu Rai. The above photograph, clicked by Rai, shows hands of a man who was burying a child, later revealed to be his daughter. The identity of the child remains unknown. The images, titled 'Burial of an Unknown Child' went on to become the face of the tragedy. "I didn’t want the moment to be covered up and buried away because, for me, this expression was so moving and so powerful to tell the whole story of the tragedy,” Rai had said.