Ghoomar song: Deepika will take your breath away 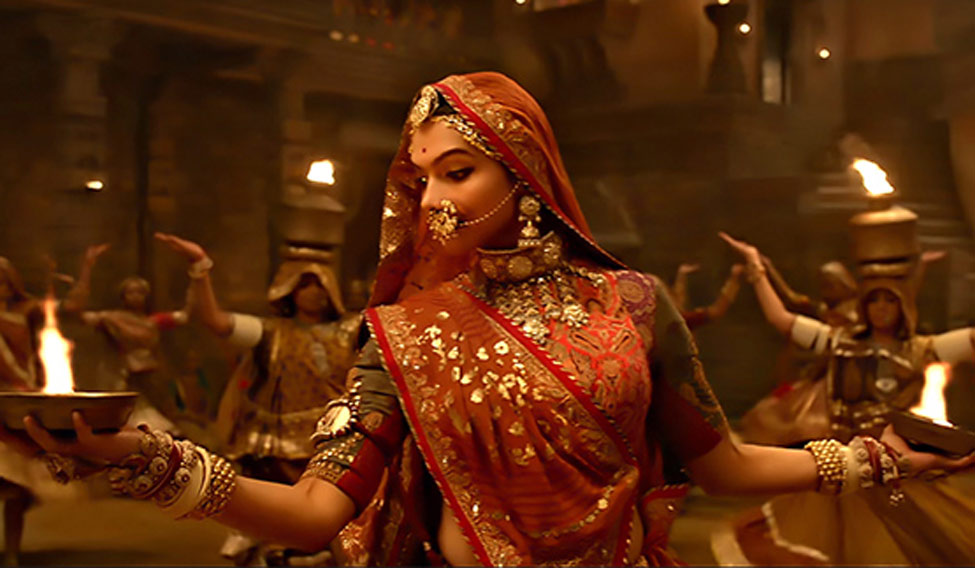 A still from Ghoomar song, Padmavati

The much-awaited first Padmavati song Ghoomar is out and we cannot stop gushing over Deepika Padukone's surreal beauty as Rani Padmavati.

Rajasthan's traditional dance form Ghoomar is characterised by its signature twirls. It is performed by Rajput women on all auspicious occasions.

Despite spectacular sepia-toned sets of the song that is brought to life by hundreds of diyas, where deep, dark earthy hues of costumes blend into the visual landscape as magic, you cannot take your eyes off Deepika who personifies elegance and royalty.

Sharing her Ghoomar experience with fans and followers, Deepika tweeted: "The Ghoomar Song has to be one of the most difficult yet most fulfilling song sequences i have ever shot for! "

The song is sung by Shreya Ghoshal and Swaroop Khan who also wrote the Rajasthani lyrics along with lyrist A.M. Turaz. Deepika mastered Ghoomar under expert training by Jyothi D. Tommaar while the song was choreographed by Kruti Mahesh Midya.

Your form could not be submitted.
This browser settings will not support to add bookmarks programmatically. Please press Ctrl+D or change settings to bookmark this page.
Topics : #Bollywood | #Deepika Padukone | #Sanjay Leela Bhansali