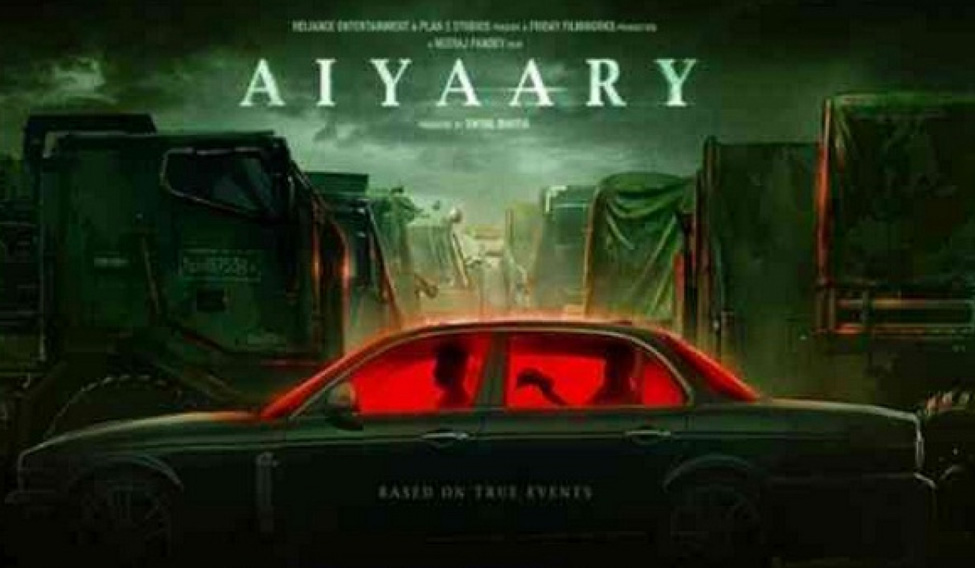 Apparently, the word aiyaary means ultimate trickery, and that's exactly what writer-director Neeraj Pandey has tried to pull off in this 160-minute-long film. In the garb of a crime thriller, Aiyaary is a confused and convoluted attempt at patriotism.

Colonel Abhay Singh (Manoj Bajpayee), one of the most celebrated officers of the Indian Army, heads an unofficially-funded special covert unit. There is no clarity on the sort of mission it undertakes, although they do mention somewhere that the unit has successfully executed around 40 missions of national significance that no one will ever know about. Colonel Singh's team comprises young officers of exceptional calibre, each one personally trained by him. One of them is Colonel Singh's favourite—Major Jai Bakshi (Sidharth Malhotra). He is a cool, suave, and very good-looking officer, who is also said to be the best in the team. I used 'said' because we rarely get a glimpse of his skills and talents as an officer; however, on one occasion, he saves Colonel Singh's life.

Things turn sour between the master and his protégé when the latter gets disillusioned by the level of corruption in the country's defence deals. As part of surveillance intelligence team, he unearths a nexus among the top army officials, politicians, lobbyists and international arms dealers. So what is the next course of action for the honest Army officer Major Bakshi? He steps out of his uniform of honour and sets off to make some moolah of his own by betraying his unit and selling the identity of secret service officers and their sources. Why? Because there is corruption everywhere. Colonel Singh steps in, with an intention to stop Major Bakshi at all costs. Yes, it is as confusing as it sounds!

Despite the simple plot, the narration keeps shifting in time—maybe to mask the terribly slow pace of the film—to introduce central characters. However, constant flashbacks leave you even more confused. Sketchy characters, mediocre dialogues, slow-paced narration and an extremely weak plot leaves very less room for talented actors such as  Manoj Bajpayee, Naseeruddin Shah, Adil Hussain, Kumud Mishra and Rajesh Tailang. Though Bajpayee gets a decent share of screentime, his character is mostly hassled and bewildered. He tries hard to lift the film on his shoulders, but fails miserably, partially due to lack of opportunity in terms of screenplay, and partially due to the mess the film becomes, especially in the second half.

For Sidharth Malhotra, it all looks like an April Fools day prank. He has very little to do, or rather does very little. His cool demeanour and deadpan face dominates his screen space, irrespective of the context. He wears the same expression to tell his boss (Colonel Singh) how much he respects him, to warn wrongdoers, to strike business deals and to confess his love to woman in his life. Duh!

Rakul Preet Singh (as Major Bakshi's love interest Sonia), Pooja Chopra (as another ace officer from Colonel Singh's unit), and the character of Colonel Singh's wife are constant reminders of how male-oriented the cast is. The fact that these characters are so insignificant, that their absence would have made no difference to the film, makes it even worse.

Refreshing memories of A Wednesday, Pandey, towards the end of the film, introduces Naseeruddin Shah into the narrative as a completely clueless character, explaining the crux of the film that everything else—screenplay, dialogues, characters and performances—fail to do. Unfortunately, by then it is too late and we know the reasons are too lame. Great shoot locales, spectacular frames and even well-established names fail to weave magic into a senseless and soulless film.