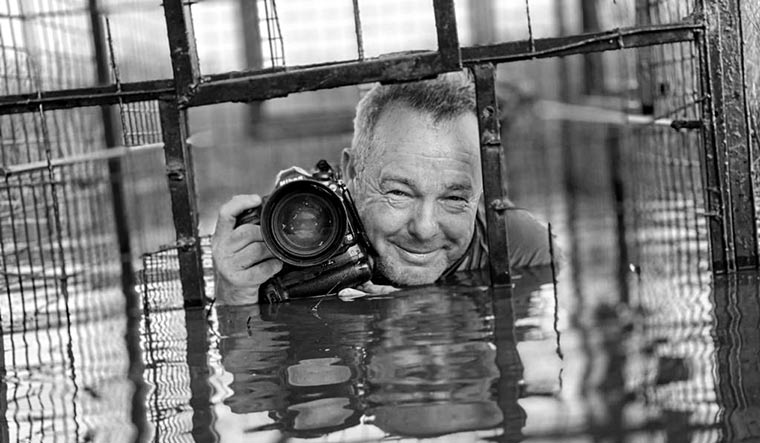 France’s L’Equipe magazine described Diego Maradona as ‘half-angel, half-devil’. You could love him or hate him, but you had to marvel at the way his name became synonymous with a sport watched by millions. He single-handedly won the 1986 World Cup for his country. “It’s something you fight and strive so much for,” Maradona said in an interview to FIFA, about holding the cup. “And we all strive for the same thing, with the same passion and grit, working overtime with the dream of getting close to this cup. This means the world. I’ve got the world in my hands right now.”

The iconic photograph of Maradona, lifted five feet off the ground, unadulterated joy on his face as he held ‘the world in his hands’, is seared into the minds of many. The Scottish man who took the photograph, David Yarrow, was 20 years old then. After his final examination at Edinburgh University, the economics and business student set off to Mexico with a press card he had got through pleading with the FIFA press secretary, citing his brief stint with a small-time Scottish newspaper. Those days, FIFA’s screening process was not as rigorous. Yarrow still has that press card. “Every time I look at it, I am struck anew by how bad my hair looked those days,” he says with a laugh. All his friends thought he was crazy, but the young sports enthusiast was determined to watch the World Cup.

However, he was not having a good run there. His pictures were less than average, mostly because he was more interested in watching the matches, especially the ones in which Scotland was playing, than in shooting them. The day of the finals was different.

“The game was at midday because of European TV [schedules],” he says. “I could not sleep, so I went to the Azteca stadium at 6am. I bribed the Mexican guard with some whiskey and he allowed me to walk on the pitch. I walked from one goal post to the other. There was no one else there; just me and the crows. I could see my footprint on the dew-coated grass. I thought to myself, ‘In six hours’ time, there is going to be 1,20,000 people in this stadium. It is going to be the centre of the whole world’s attention. And here I am, at the age of 20, walking on the pitch.’ It was an overwhelming moment.” 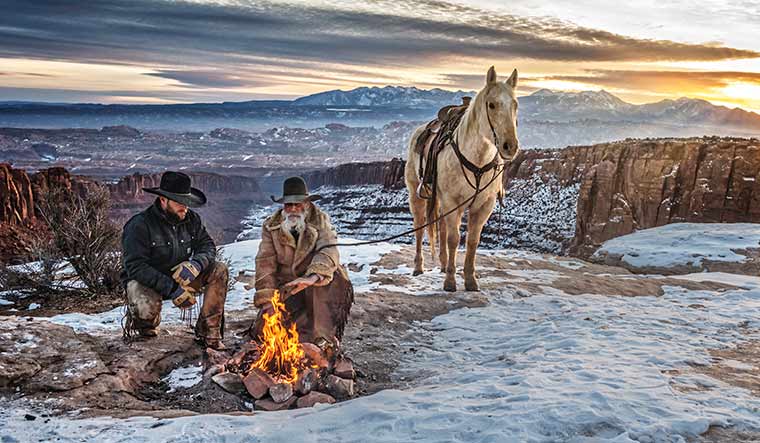 When Argentina won the final, all hell broke loose, with thousands of people swarming the pitch. Yarrow, who claims he was just an average photographer then (“a sports fan with a camera”), attributes it to “mostly luck” that he got close to Maradona, riding high on another man’s shoulders. The image was transfixing. As Yarrow attached his wide-angle lens, Maradona looked right into his eyes, in a moment he has described as “biblical”.

Those were the days of film, when you had no way of knowing whether the picture would come out alright. It took three hours to get the developed photograph back from Fuji and Kodak at FIFA’s press centre. He was so nervous he got sick. “It was the only time in Mexico that I had an upset stomach,” he says. “I was in the bathroom all the time. When I eventually got it back, I knew I had a good picture, the only [decent] one I had taken during the entire World Cup. One of the journalists I showed it to said to me, ‘Oh, you had a good day.’ And I replied, ‘I needed one’.”

The picture was syndicated all over the world. Asked whether it led to sudden fame, Yarrow quips, “It took me 35 years to become an overnight success.” In the years since that photograph was taken, a lot has changed in his life. For one, he moved from sports photography to fine art and wildlife photography, after he got disillusioned with the high supply and declining demand, and the comparatively lesser remuneration, in sports photography. He is now recognised as one of the world’s most prominent fine art photographers, with his works being auctioned at Sotheby’s and other auction houses across the globe. At Art Miami in 2019, a print of Yarrow’s photograph, The Wolves of Wall Street, signed by Leonardo DiCaprio and Martin Scorsese and featuring the real Wolf of Wall Street—Jordan Belfort—sold for $2,00,000 (around Rs1.48 crore). He has raised millions for charity. His latest collection features the lives of cowboys in West Texas. From lying face-down on the deck of a boat for 28 hours to capture the image of a great white shark eating a seal, to shooting a Dinka cattle camp in war-torn South Sudan (the picture, titled Mankind, sold at a Sotheby’s auction for £60,000 or around Rs61.8 lakh), the photographer’s adventures have been many. 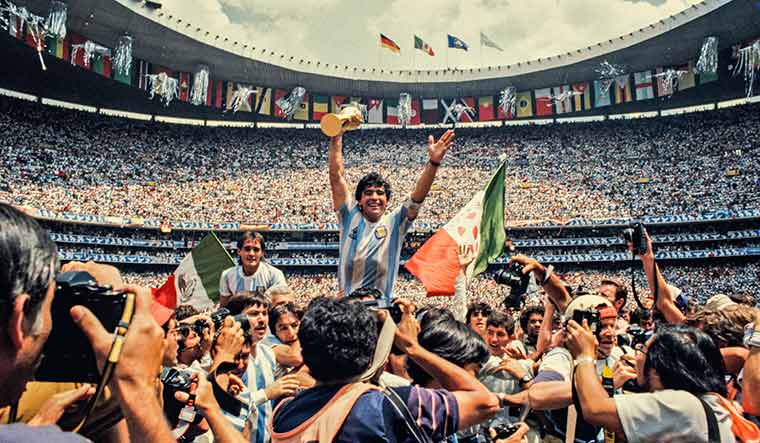 In the last 35 years, Yarrow says he has matured emotionally and this reflects in his photographs. “When you are 20, all you think about is yourself,” he says. “You are incredibly selfish. As you grow older, you understand your own weaknesses, and you become more confident and secure. One of America’s best-known photographers, Ansel Adams, once said that photography is not about a camera. It is about the music you listen to, the poems you have read, the loves you have made and the loves you have lost. In other words, he was saying that photography is an outward manifestation of your inner soul. I think that is right.”

Incidentally, when I speak to him, Yarrow is in Mexico, on his way to shoot American singer, Ciara. Nostalgic, he says that things have changed a lot in Mexico in the last 35 years. “When I came here then, I stayed in a hotel that was really rough, costing $5 a night,” he says. “Now, I am staying in a hotel that costs $300. The other day, I went back to where that hotel used to be, and it is no longer there. I was in Mexico on the day that Maradona died, too. He was a genius. A flawed one, but a genius nevertheless. I cried a little that day, because I owe him so much.”