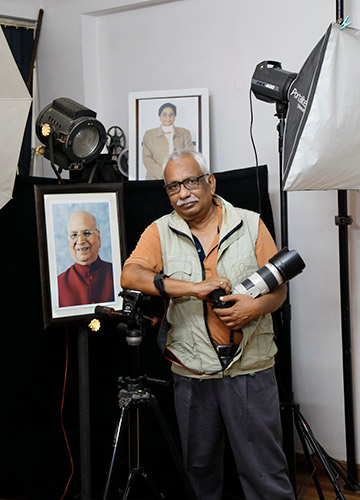 In 1967, soon after being elected to the Uttar Pradesh Legislative Assembly for the first time, Mulayam Singh Yadav wanted some portraits shot. He asked around and settled on Yadav Photo Studio in Lucknow’s busy Sadar marketplace. Mulayam walked around three kilometres from his official residence at Darul Shafa on Lucknow’s Vidhan Sabha Marg, in search of it. For many years after that—during his stints both as the union defence minister and as the UP CM—Mulayam would often visit the studio. Over time, the trust between the studio’s then owner, Ashok Kumar Yadav, and Mulayam turned familial.

So enamoured was Mulayam with the studio’s photos that he used to tell his supporters in different parts of the country to get and distribute his photos from Yadav studio. Remember they were taken at a time when there was neither e-mail nor smartphone.

Founded in 1946 by Ashok’s father, Mahaveer Prasad, the studio is now intimately identified with the Samajwadi Party’s first family. Mulayam’s younger brother Shivpal Yadav has used the studio’s services, so have former UP chief minister Akhilesh and his wife Dimple. In 1990, when there was simmering anger against Mulayam for ordering the firing on the kar sevaks at Ayodhya, the studio refused to remove his photo from its display window, despite the stone-pelting it had to face.

Rahul Yadav, 36, a third-generation manager of the business, says that an early understanding of socialism provided the bedrock for the studio’s loyalty. “My grandfather identified with socialist ideology, so his studio became a hub for like-minded people. Even during the Emergency, he had a photo of Chaudhary Charan Singh displayed at the window,” says Rahul.

A visit to the studio was thus also a means to interact with supporters. A simple wave by its entrance probably did more than a rally to connect a politician with the common man.

Over the years, the charm of studio photography might have waned but the desire for one’s photograph to be beamed as widely as possible has only grown stronger. Many politicians will now have their portfolios shot at home, having studio owners tow their heavy gear—including lights, flashes and even backdrops—rather than go to the studio.

Ambient light has edged out studio lighting and modifiers. And the aching but poetic wait for the results of a 35mm film has given way to the instant gratification of digital photography. 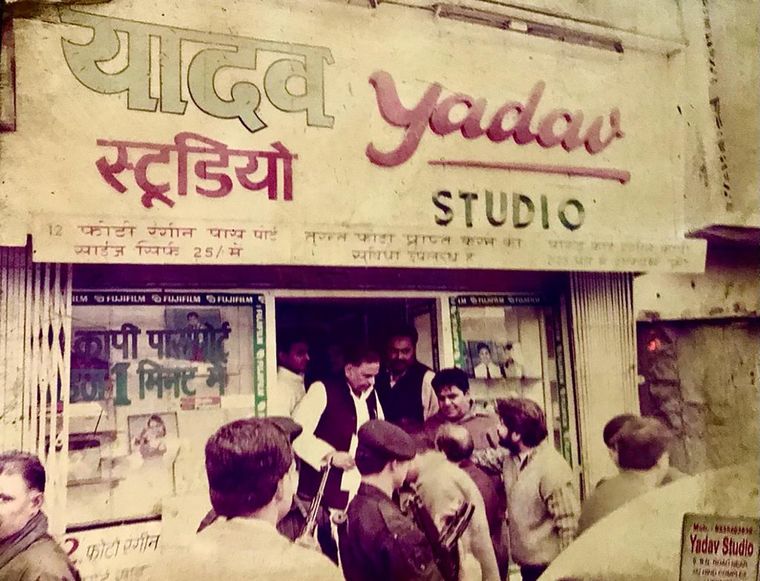 Between a photographer and his subject, there can be many conversations that expose the latter’s vulnerabilities and fears. Krishan Saith of Saith Studio, which operated from 1960 to 2014, for instance, remembers the time in 2002 when Mayawati had chopped her ponytail into a short bob. Saith was one of the first to arrive at a press conference she had called. Recognising him, Mayawati asked, “How am I looking?” One would not expect a politician of her stature to express her nervousness. “‘You look very good, ma’am, and your photos will be different,’ I said. She seemed to be put at ease,” says Saith. 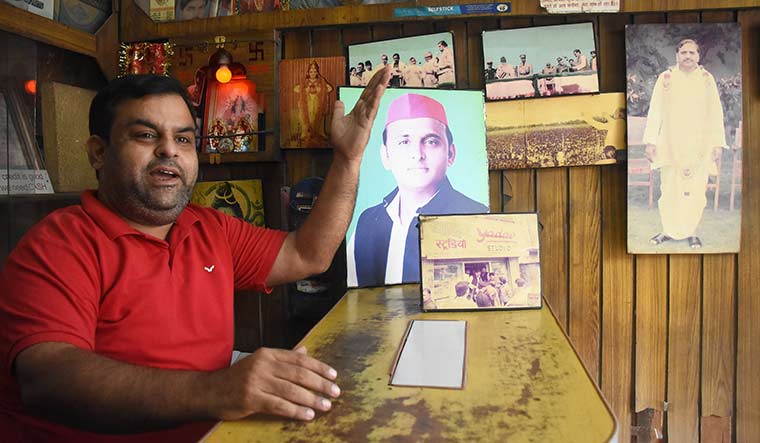 It is this small talk that brings down the walls between a photographer and his muse. When in 2008, the Lucknow-based Syed Mohammed Athar Husain, 62, was contacted for Mayawati’s portfolio to be shot at her home, he spent a sleepless night worrying about what he could do to ensure that his paraphernalia got security clearance. 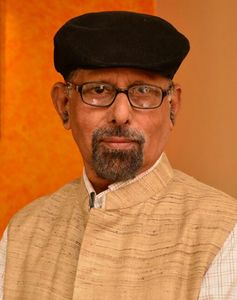 “Yet, all I had to say was, ‘Madam, I have to take some pictures of you’, and she was willing,” he says. From that set of photos is one of her sitting at her study table, pen in hand, a slight smile playing on her lips. Another is a half portrait of her in a brown tartan coat, arms pulled across her body. This must have been one of the very few shoots she permitted, for these portraits can be seen even today on posters and other publicity material.

Husain has shot many of the state’s most prominent politicians, including former chief minister Kalyan Singh, who died recently. When a subject would not give him the desired look, Husain would ask them to speak as though they were at a public rally. “Bhaiyon aur behno” (Brothers and sisters), the politicians would go, and they would become animated, arms pumping.

In Dehradun, portrait photographer Vinod Pundir, 50, has been the favourite of many. Starting from Nityanand Swami, Pundir has shot portfolios of every chief minister of Uttarakhand, except the present incumbent Pushkar Singh Dhami. 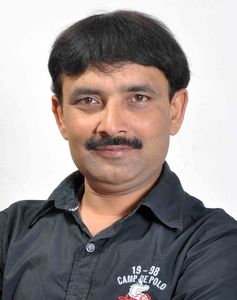 Of all the state’s chief ministers, his favourite is the third, N.D. Tiwari. According to Pundir, he had a nice smile and an attractive face. “But his greatest strength was that he knew how to keep his eye at the centre of the lens,” he says. Maintaining such eye contact means that no matter where the viewer stands, the subject always appears to be looking at him. The connection between the two is thus immediately established.

Not every politician, however, likes being captured on camera. When former major general B.C. Khanduri took over as Uttarakhand CM in September 2011, no one in his information department could muster the courage to brief him about the necessity of getting a portfolio, at least for the mandatory picture that was to be put up in every government office. “With his impressive moustache and his commanding body language, Khanduri was unlike any other politician. But he rarely smiled and his officials were terrified of approaching him with details of a portfolio,” recalls Pundir. Khanduri would ultimately grant an hour to Pundir and tell him at the end not to bother him again.

Knowing your political subject intimately is key to a good portrait photograph. Mulayam’s eyes, for instance, appear shut when he smiles, hence his photographers ask him to look up while smiling. Akhilesh, though possessing a deep technical knowledge of photography, is unable to look at the camera. Surprisingly, it is Dimple—the family’s latest entrant to politics—who is most comfortable in front of a camera. All the photographers lament the loss of mystery in photography. They say that photography was once purely technical and this made the studio photographer a valued hand. Now, it is beholden to software like Photoshop. And in such a sterile space, it is difficult to build relationships, trust and comfort that a master of portraits must.