Pain of the past: Noop Kaur, 77, sorts her pre- and post-partition albums, documents and letters alongside her grandchildren and her husband. Kaur was separated from her brother during partition and the two reunited only in 2015.

Zainab, an Ahmadi woman, travels to Qadian, Gurdaspur, Punjab, with her son, Bashir. Ahmadis, who left Qadian during partition, have faced persecution in Pakistan and border areas of India.

Kimti Laal holds up an X-ray

In a metal box in a burnt-down house in Punjab lay a wedding photo, crumpled and yellow. A young lad in a suit and his wide-eyed bride, her head covered with a shawl. They look content, staring into a future that held much promise. But it proved to be a short-lived happiness. Two months later, partition happened. The house of Khalid Muhammad and his new bride Nazia was burnt down by a Hindu-Sikh mob. Fearing for his young wife’s honour, Khalid shot her dead and moved to Pakistan, leaving his Sikh neighbour to take care of his ancestral property. No one from Khalid’s family ever returned to India to reclaim the property, which is now being looked after by the neighbour’s son.

The wedding photo is part of documentary photographer Taha Ahmad’s series on partition—Drawn Into Two: Which Way Home?—now being exhibited at the Reach Gallery Museum in Abbotsford, Canada. The exhibition—Duje Pase Ton (From the other side): Arts Across the Border. From the Two Punjabs—brings together the work of 22 international artists from India and Pakistan. “I never wanted it to be just about testimonies of the last-remaining partition survivors,” says the Lucknowi photographer. “Today, in Punjab, we see caste discrimination, drug issues and gun violence. But sometime during my research, I realised that all these problems are actually the aftermath of the seeds planted during partition. So, I went back and started searching for those seeds which would depict how, over the years, partition has shaped today’s Punjab.”

The stories Ahmad, 26, has captured through his lens are as heart-breaking as they are poignant. There is Nazeera and Aarfa (15 and 17 years old at the time of partition) who belonged to a Muslim family from Pul Kanjari village in pre-partition India. When their father and brother were killed by a Sikh-Hindu mob, they took up arms and became part of the ‘resisting women’ to protect their families from mob attacks. There is Kimti Laal, a Punjabi Hindu who now runs a small post-office in the village of Lopoke in Punjab. He was shot in the head by Sikh militants during the fight for Khalistan. The bullet is still lodged inside Laal’s skull, rendering him paralysed from the waist below. 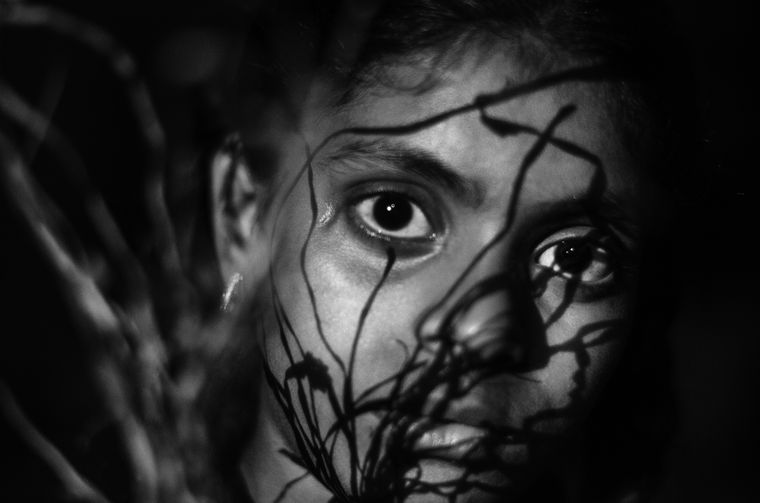 A girl living near the border. The dalit family fled Pakistan in 1947 and has since faced discrimination in Punjab. This girl was raped by three Jat-Sikh boys. The family never filed a complaint fearing retribution.

Ahmad is one of the 150 photographers to be featured in Dr Paul Lowe’s book, Photography Rules: Essential Do’s and Don’t’s from Great Photographers. He was listed in the ‘Regenerative List’ of 100 next-gen and current leaders compiled by Gucci, United Nations and Irregular Labs in 2020. He was also the first Indian to receive the Documentary Project Fund/ Award in 2017. Before he starts any project—he started the one on partition in 2018—he does extensive research for months until he feels he is ready to shoot. When he goes to meet his subjects for the first time, he never takes his camera with him. He lets them get to know him for at least a month before clicking pictures. He even dresses like local residents to blend in. It usually takes him years to complete a project. The one he did on the mukaish badla embroidery artists of Lucknow (Swan Song of the Badlas) took him two years to complete. The one on the superstitious beliefs of people being exploited by god-men (A Displaced Hope) was completed in five and a half years. 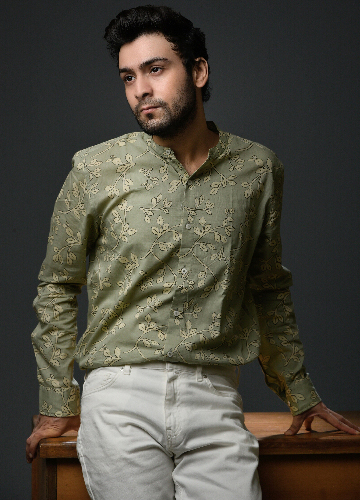 His determination to go the whole way has often landed him in tricky situations. He recounts the time he was playing cricket with a few boys from a volatile region of Punjab. When he protested at being bowled out, one of them pulled out a gun and threatened to shoot him. Ahmad managed to keep his cool until the boy put the gun back.

He also discovered the huge identity crisis that exists in the border regions when he was given permission to shoot the Sunday mass at one of the churches there. To his surprise, he realised that the mass began with a recitation of the kalimah, an Islamic tradition, followed by the singing of kirtans. It finally ended on a Christian note, with the sprinkling of holy water. When he asked the priest why this was so, he was told that it was because the people of the region did not know what religion they belonged to. When their families got scattered during partition, religious identities began to get muddled. Those who went to Pakistan converted to Islam and Muslims who stayed back converted to Sikhism or Hinduism for the sake of safety. “Various members of the same family would have passports stating different religions,” says Ahmad.

In the next phase of the ongoing project, Ahmad wants to focus on communities like the Ahmadis and the Hussaini Brahmins who were ostracised after partition, neither accepted here nor there. “The Ahmadis in Pakistan are not even allowed to bury their dead,” says Ahmad. “If they do it, then the extremists come, dig out the body and throw it to the dogs.” Seventy-four years after partition, these people’s lives remain in a state of limbo. The exile is not over yet, and neither are the stories.