With love, from Sri Lanka 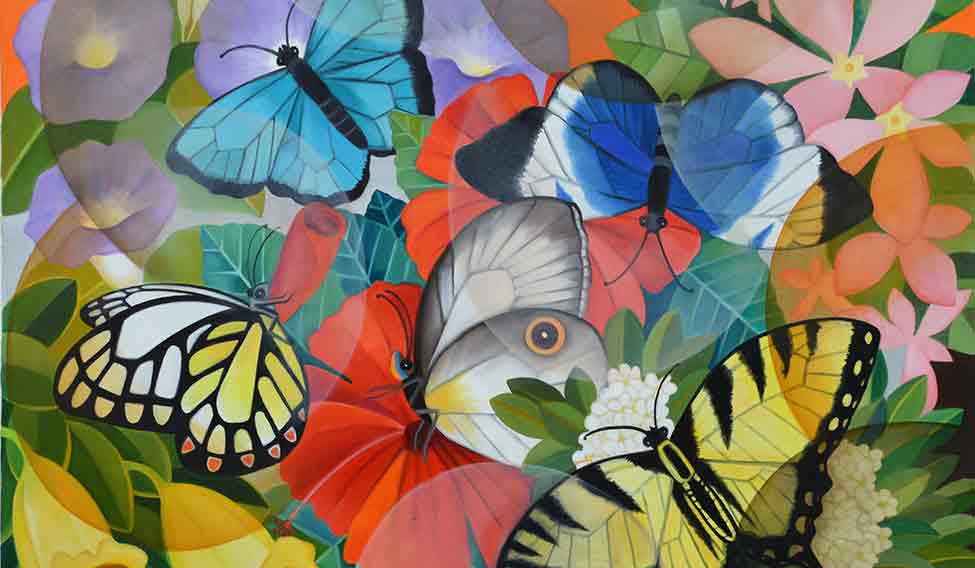 Senaka Senanayake, through his work, emphasises the need for preservation of environment

Young Jennifer asked her father, after visiting a painting exhibition in Colombo, “Will you buy me one of his paintings or do you want me to marry the artist?” A few years later, she married the artist—Senaka Senanayake. After long 41 years, Jennifer couldn’t hide her excitement as she shared the story with me. “She married me for the paintings!” joked the 65-year-old Senaka.

Senaka is in Bengaluru for his maiden solo exhibition—Homage to the Rainforest—at Sumukha Gallery from August 1 to 27. He hopes to draw attention to a cause that is closest to his heart—destruction of rainforests.

At the gallery, Senaka has created a riot of colours by painting the vibrant flora and fauna of the fast depleting rainforests.

Said Senaka, “It has been 50 years since I began to paint and the environment crisis has only deepened. Destruction of rainforests and its consequences have affected all. Sri Lanka has lost 70 per cent of its rainforests.” For someone who has reflected on the Buddha’s life, the Jataka tales, village life in Sri Lanka and wildlife, during his initial years, a visit to a rainforest with his cousin, an environmentalist, started a new chapter in his life. Said Senaka, “My cousin asked me to do something to save the rainforests. I told him I was no professor or politician to help him. He said, ‘You have a brush, just use it to educate people’.” 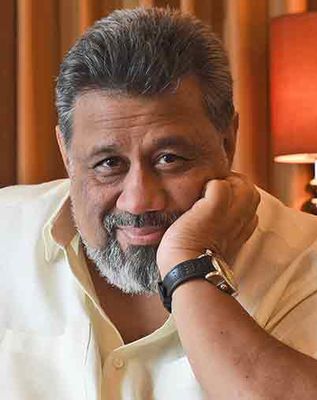 Did art finally bring in the desired result? “My generation has messed up the world. But kids can bring about change. I see many kids look at my paintings—of butterflies, plants. They ask me if it is real. They have never seen it.”

Not everything that Senaka paints is what he has seen for real. Said he, “A ginger comes in 70 varieties and is grown across the Caribbean and the islands in south Asia. I cannot possibly see them all. So, I visit the Singapore Botanic Gardens, which has all the rainforest species. I also source photographs and bring images from different forests into a single canvas.

Like most young artists, Senaka, too, was impressed with the paintings of Pablo Picasso. “My exposure to the works of several artists in America influenced me subconsciously. Surrealism, expressionism, cubism, I tried them all and finally ended up with my own style,” said Senaka.

As a child, Senaka wanted to be an artist but his parents fancied a professional degree for their son. Said he, “I started painting when I was seven. My parents were conscious that I get into medicine. My mother used to say only a fool in the family paints. I started preparing for medicine but wondered how to get creative in it. So I decided it had to be plastic surgery. My solo exhibition, as a fund-raiser for my school’s swimming pool, changed it all for me.”

A person from Smithsonian Institution in Washington D.C., saw Senaka’s work and was impressed. He suggested to Senaka that an American degree was best suited to pursue education in art. Senaka got a scholarship to study in Yale and Princeton universities. He chose Yale and opted for a course in art and architecture.

Senaka has had exhibitions and cultural shows in Chennai, Mumbai and Delhi. He felt the art scene is looking up in India. “India’s economy has opened up and art is not just appreciated but bought, too,” he said.

Senaka’s new series is on global warming and the destruction of corals. Said he, “From the southern tip of Sri Lanka to Antarctica is the ocean. Imagine a huge glacier hitting the land mass. Like the Maldives, even my country will be underwater. Global warming, the rise in pH level has bleached the corals. It matters to every islander as the economy [fishing and tourism] is at stake.”