Censorship of films in a democracy makes no sense 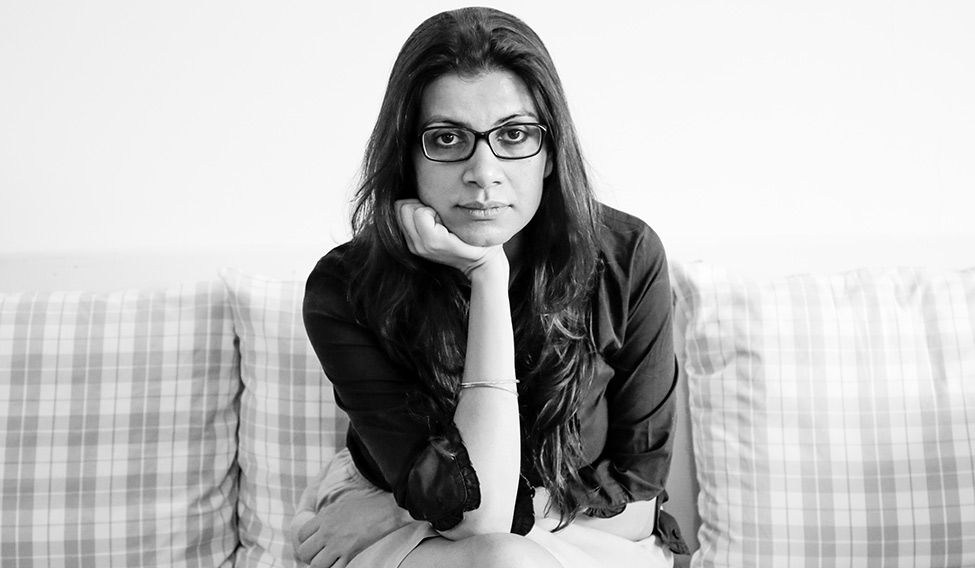 Alankrita Shrivastava's film Lipstick Under My Burkha, which explores the sexuality of women in small-town India, was denied certification by the censor board. The filmmaker speaks from the US about the female gaze and freedom of expression. Excerpts:

What do you make of the remarks of the censor board?

Clearly the CBFC (Central Board of Film Certification) has a serious problem with gender equality. They are ill-equipped to judge a film. They are archaic, regressive and illogical. Shouldn’t they view cinema keeping the context of world cinema in mind? Shouldn’t they have some idea about the politics of representation, the gaze, gender politics in culture, expression of alternative narratives? Mainstream popular culture is their only reference point. Anything not in keeping with the dominant paradigm scares them, and they choose to silence it.

The way the CBFC is functioning is a gross violation of women’s right to freedom of expression. That is wrong and not in keeping with what the Constitution promises—gender equality and freedom of expression. It's not fair that sexual content created for the purpose of male titillation is acceptable but women expressing desire for agency over their lives and bodies is not acceptable. All kinds of stories and narratives must be allowed. Why should the CBFC systematically be perpetuating patriarchy and muzzling alternative points of view? Is the purpose of the CBFC to perpetuate status quo? This is 2017. But it functions like it exists in the dark ages. There should be no censorship. Let the adult audience that is mature enough to vote be able to choose the kind of films they want to watch.

How do you plan to take the film to the audiences now?

I'm determined to overturn this CBFC decision and release it in theatres. To take the route of direct to digital is one thing. But to be forced to take that route is another. It is like telling women, you have to study at home, not going to the city school where boys can freely study. That is wrong. If a girl chooses to be homeschooled knowing she has the option to study in the city school, it is different. The CBFC cannot take away our right to release the film theatrically. It's unfair and sexist.

Do you feel there is a tightening on freedom of expression in India?

More than a “tightening”, this is the moment where we have been jolted into seeing that we as filmmakers are unable to enjoy the freedom guaranteed to us. Perhaps earlier we were just taking it for granted that there is censorship in India. So we were just self-censoring our work. Now with the advance of digital technology and all kinds of content being available it is hard to pretend that our wings are not being clipped. It is becoming obvious that as filmmakers we do not enjoy the freedom of expression available to filmmakers in other democratic countries. Censorship of films in a democracy makes no sense. Perhaps that moment has come when we need to question the relevance of this concept. Censorship that is being used to push a particular kind of narrative is unacceptable. While the dominant male gaze is being systematically perpetuated, the female gaze is being systematically stifled. This is blatant discrimination against female voices in popular culture. It cannot be allowed in a country that promises gender equality and freedom of expression to all citizens.

What's next after Lipstick Under My Burkha?

I’m writing a couple of films. Both are 'lady oriented'.

How do you see the female gaze different from the male gaze and how both prevail in India?

The male gaze looks at stories, visuals, characters from the point of view of a man. The perspective then is that everything is filmed and treated keeping in mind what is pleasurable to the man. Women are like objects or spectacle. For instance, the roles women play may be those of ditsy girls, angelic women or vamps. The way the camera will film a woman’s body will be to titillate a man.

The women will often be subservient to men. The men will take all the proactive action. The male gaze exists also in terms of how the audience views the film. As a society, we then consume these films also from the male perspective. Enjoying the superiority of men and experiencing the pleasure of titillation, for instance. Female protagonist films are also often made and consumed through the male gaze. Both men and women can perpetuate the male gaze as creators and the audience. Because that is the dominant paradigm, it's the status quo.

The female gaze tends to look at characters, stories, frames, visuals from a more female-sensitive perspective. The purpose is not then the pleasure of the man. The female gaze does not then become just the reverse of the male gaze, but rather it is a more sensitised way of making a film. It does not work to titillate the viewer. The camera is used differently. Female characters are more layered, the film encourages a certain empathy with the woman. She is perhaps more real, not just a stereotype or an object. The female gaze is about the audience too. How are they viewing cinema? Men too can create and consume work with a skew towards the female gaze. I would recommend reading Laura Mulvey, John Berger, and watching Jill Solloway’s talk on the female gaze at the Toronto International Film Festival last year.

Why is women's sexuality such a taboo? There have been recent movements on menstrual issues and claiming public spaces. Do you see sexuality being on the anvil for the feminist movement?

I cannot comment on the feminist movement at large in India. I think all women need to own 'feminism'. If we expect to live in a society that is more sensitive to women, then we have to fight for it and create it. It's obvious that that kind of a gender-equality is not being handed to us on a platter. Even the equality and freedom guaranteed to us on paper by law has to be made a reality by us. As women we need to take ownership of the feminist movement. So many women speaking up against the CBFC decision is a positive step.

Vis a vis sexuality, it's crucial for women to have agency. Choice and agency are steps towards empowerment. For too long women have just been fulfilling the roles laid out for them. It's time to leave behind our squeamishness of talking about women’s sexuality. And we have to do this ourselves. In small everyday things. Like why should sanitary towels be wrapped in newspapers or black plastic bags when we buy them? This has always bothered me. What is there to hide? From the time I was a teenager, I refused the wrapping. We menstruate, it is natural. We need to get rid of the idea of 'shame', 'honour', 'purity' and 'guilt' that are unnecessarily associated with the female body and desire.

Why is a woman’s 'virginity' so coveted? Who needs that concept of purity? Only the male ego. Even the vocabulary we use. Why is 'rape' referred to as uski 'izzat' loot li? Whose honour or dignity is lost? Certainly not the person who has been raped. Why should she lose her dignity? The perpetrator of the crime is the one who has lost his dignity. By using these words we create a culture of stigma. Representation of women in popular culture needs to reflect this dynamic.

How would you describe your politics as a young contemporary Indian filmmaker today?

I’m feminist. I’m liberal. I’m conscious of my female gaze. And that colours my films. Films are about characters and stories and feelings. But there is always an underlying politics to a film. So my politics will come through in my films. I believe that as filmmakers and as young women, we should own our politics.

Tell us about your influences, and what cinema means to you.

My strongest influences are women writers. I’m moulded by what I read, not so much by what I watch. Virginia Woolf, Jane Austen, Doris Lessing, Alice Munro, Toni Morrison, (Chimamanda) Adiche, Elfriede Jelinek and Ellena Ferrante are some of my heroes. I love exploring the complex interior world of women, and reading stories of women.