King of all rewinds 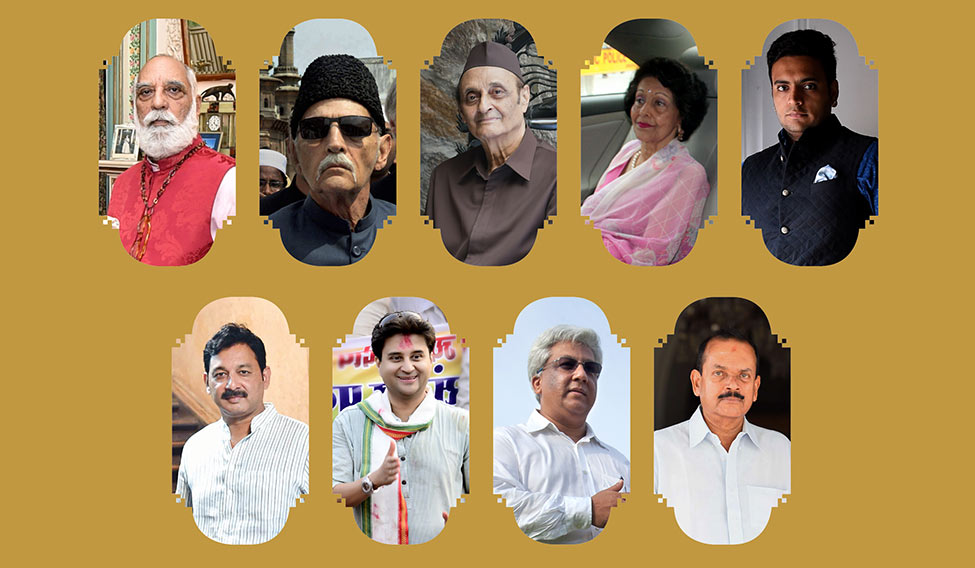 The thrones have long lost their hold. The crowns and tiaras are just for show. Yet, the royalty, shorn of power, continues to rule our imagination. A peek into the lives and minds of India’s royal families

More than 70 years ago, our country was a mishmash of 565 princely states.

Some of the princes ruling us then were gentle, some others cruel; a few were erudite, some, silly. While some decked themselves in exotic pearls and diamonds, travelled in carts with gold wheels and bathed in champagne-filled swimming pools, some led ascetic lives, with not even a gram of gold on them.

But, loyalty to the British Crown or the king-emperor was a common trait among Indian princes. In return, the British honoured them with gun salutes, graded according to their wealth and proximity to the government. The highest was the 21 gun salute and the lowest, nine. Lore has it that when the rajas and ranis converged, the first question would usually be about the number of gun salutes one received. The number mattered, as it reflected influence.

Most of these princes not just spoke beautiful English but also adored the English. The Nizam of Hyderabad, for instance, used to end all his telegrams with ‘Rule Britannia’. Some did rebel, but not for long as the memories of the 1857 mutiny had more or less subjugated all of them. Then there were those who wanted their queens to “bob their hair”. While some obeyed, most princesses refused and guarded their long locks and long-held traditions with vengeance.

Amid these pampered and anglicised lot, there were some visionaries. They built schools, colleges, hospitals, canals and roads and made laws to ‘modernise’ their subjects. The Maharaja of Gwalior, for instance, lent Rs 7.5 million in 1872 for the construction of the Agra-Gwalior portion of the Great Indian Peninsular Railway.

When the British were forced to end their love affair with India in 1947, the Indian princes felt abandoned and “let down”. A few maharajas, like the ones in Gwalior and Patiala, believed in the new independent India, but a good number were airheaded enough to dream of a separate princely India. They all eventually joined the Indian Union, albeit with some bullying.

The transition from being rulers to being ruled was too drastic for the royals. Historians say some rajas were in tears after their last meeting with Lord Louis Mountbatten. Some preferred to remain in a time warp. The fact that they could keep their palaces, British decorations and had immunity from arrests was a big relief to the princes. But no one was prepared for the severest blow that was awaiting them—the Socialist India under Indira Gandhi. She stopped the privy purse and smashed their titles. Some cried deceit, some went to court. Many lost their properties in legal feuds, some of which are still continuing.

Some of these royals turned reclusive, and refused to “work like commoners”. But, some easily adapted to change. A few joined politics and translated the public reverence into votes. While some, like the Scindias, made it big in politics, some were happy with namesake political roles. Many became patron of sports and arts. Some sensed future profit in their past glories and converted their palaces into hotels. Some royals now share their kitchen and dishes with tourists and market it as a ‘dine with royalty fest’.

In the following pages, THE WEEK has profiled the most prominent royal families in the country on the basis of their sociopolitical prominence in 1947. The youngest generation of most of these families lead ‘normal’ lives. Some have become professionals—singers, actors and photographers (one runs a dairy farm), while some are into wildlife protection. Most are still averse to the idea of marrying a commoner, though a few are quite cool about it.

While some are happy to share their royal lineage, some aren’t, like Jyotiraditya Scindia of the Gwalior royal family. “I am not very comfortable in all these royal form of address,” he says. “I am a member of Parliament, who has studied in public schools and at Harvard and Stanford. Please keep me out from this royal identity.”

Nevertheless, royalty fascinates; their surnames still command value. Their lives and lifestyles, their chiffons and their pearls, their palaces and art galleries still arouse curiosity. Royalty still sells. As Ann Morrow writes in The Maharajas of India: “The princes may be crushed, yet they do not invite pity. They never posed; they were never ordinary, untrue to themselves or mediocre. They remain unique.”