In the weird world we live in, icons can turn into pure con, trophies can become catastrophes, and supermen can be rendered superfluous. In keeping with these hyper-interesting times, here is our honours list that covers the good, the bad and the junglee. 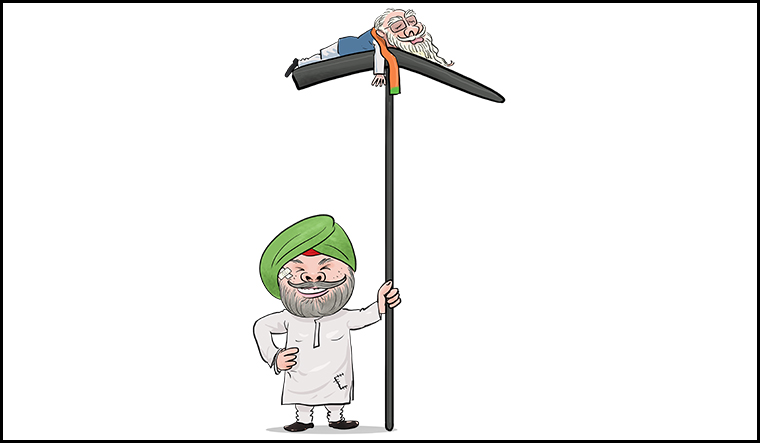 No doubt, it is our humble farmer.

The kisan has weathered all that the government could throw at him. He survived water cannons, a rogue car driven allegedly by the rogue son of a minister, and the constraints of the pandemic. He even compelled a prime minister, who never backs off, into accepting defeat. All hail the farmer!

Now, if you want to learn how to boost farm productivity, you would have to look elsewhere—because India prides itself in sticking to the least efficient methods of cultivation and procurement. But, if you want a masterclass in sustaining a movement through thick and thin, your teacher is the farmer. 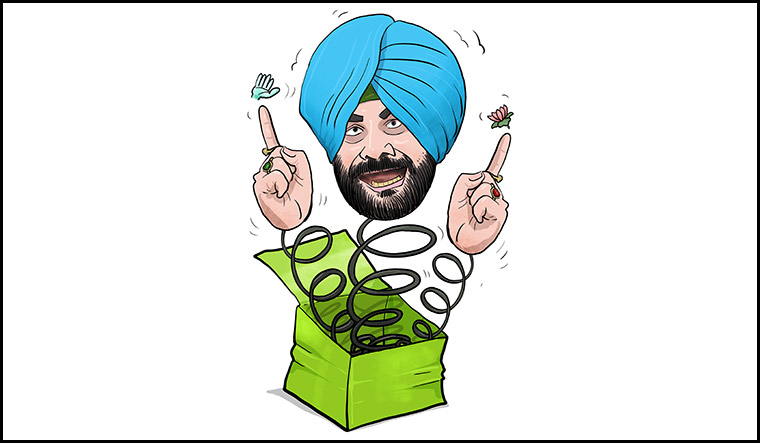 He is practicing what management gurus have been preaching to us for years—thinking out of the box. So, he gets our vote for the Most Disruptive Thinker. Early feedback suggests that there is no question that Sidhu is disruptive. Now whether he is also a thinker—ah, the jury is still out on that. 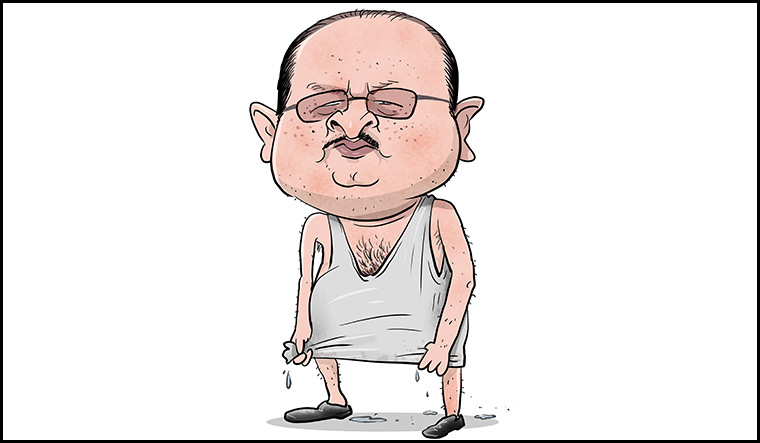 The medal goes to Janata Dal (United) MLA Gopal Mandal, who was seen moving around in his underwear in a train from Patna to Delhi. When fellow passengers complained about this wilful wardrobe malfunction, Mandal came up with an ingenious explanation: he had an upset tummy, and needed to use the bathroom frequently. So why go through the rigmarole of unbuttoning, unfastening, etc?

What an idea, sir ji! We just hope it does not catch on.

AUTHOR OF THE YEAR 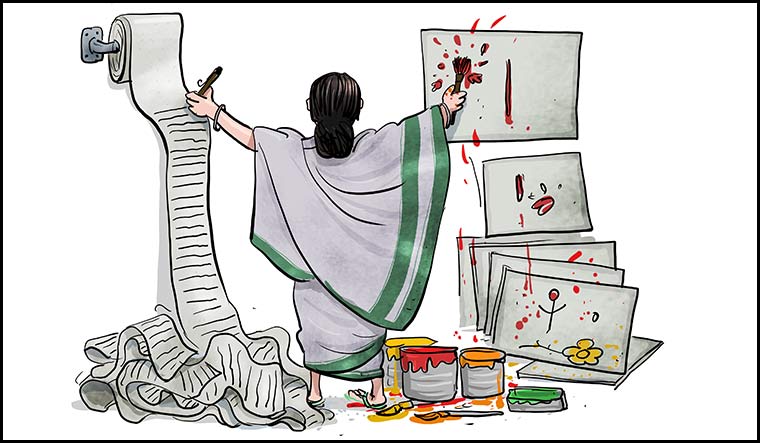 Not Amitav Ghosh, not Amish Tripathi, not even Chetan Bhagat. Our pick is Mamata Banerjee. Do not go by appearances, the West Bengal chief minister is an author as well as an artist. Her paintings are bought by collectors who know which side of their bread is buttered, and her books by those who know it pays to be her fan. Banerjee has a whopping 102 books to her name now, and that number could have doubled by the time you read this. Titles include My Journey, My Unforgettable Memories, and so on. Interesting stuff, no doubt, but none of them are as enthralling as the ‘how-dunnit’ could have been—how Mamata beat the BJP at its own game of divide and misrule. Last heard, Akhilesh Yadav is taking a correspondence course from didi on how to write bestsellers.

Anniversaries are a noisy nuisance, especially when politicians get into the act. A regulation anniversary, with toxic firecrackers and flagrant display of buntings, can send nature scurrying for cover. So, the Ecology Award for Quiet Anniversaries goes to the dignified manner in which the government marked the fifth anniversary of demonetisation. It was so quiet that it could have been mistaken for a funeral. Perhaps it was a funeral—of a failed idea. Once touted as the biggest booster shot for the Indian economy after Manmohan Singh’s liberalisation, DeMo never lived up to its billing.

Two lessons emerge. One, when it is a question of money, listen to your central banker, not the netas. Two, anniversaries are meant to be celebrated. A quiet anniversary is an admission that things have not worked out. 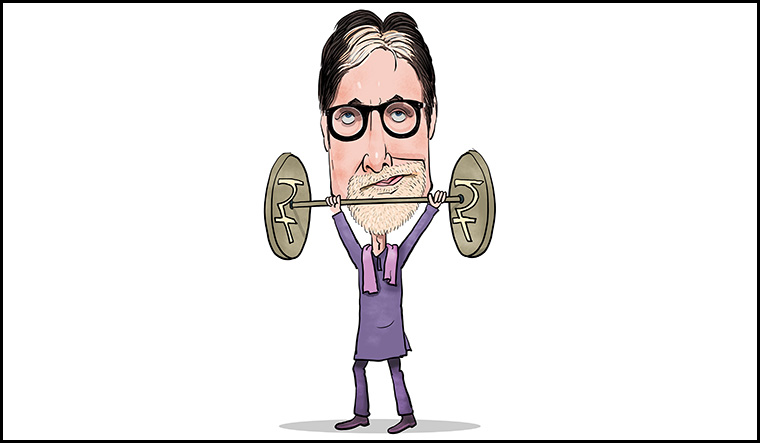 We were all set to hand over the award to Amitabh Bachchan, but then we had second thoughts. That is quite like what Big B did after he decided to endorse the brand Kamala Pasand. On second thoughts, Bachchan cancelled his contract because it was brought to his notice that the company was running surrogate ads for tobacco. We are curious—what exactly did Big B think he was promoting when he signed the Kamala Pasand deal? 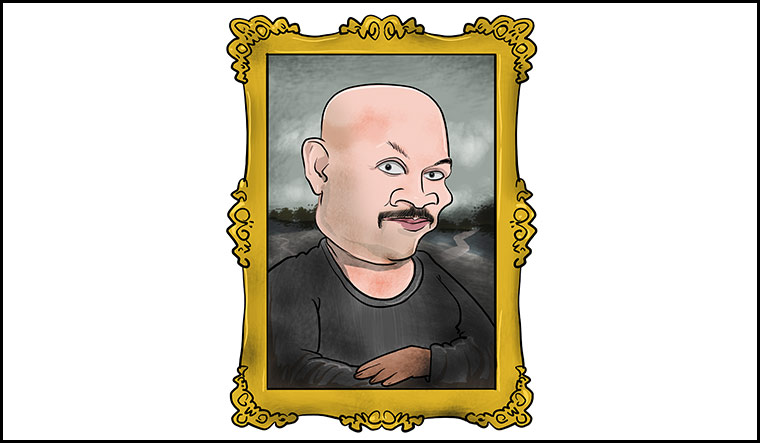 It goes to Kiran Gosavi.

Who? Well, he is the one whose selfie with Aryan Khan took the country by storm. Everything about him made news—from his shaven scalp to his enigmatic look. More people in India have speculated about his smile than they have talked about Da Vinci’s masterpiece.

What is Gosavi smiling about? Is he happy to be in the news or is he delighted to be in the company of a superstar’s son, or is he thinking about the deal that will soon be struck and musing about what a man can do with 150 lakh? Whatever the reason, he cannot be smiling much now, as he has been hauled up for cheating. We hope our Smile of the Year medal offers him some consolation. 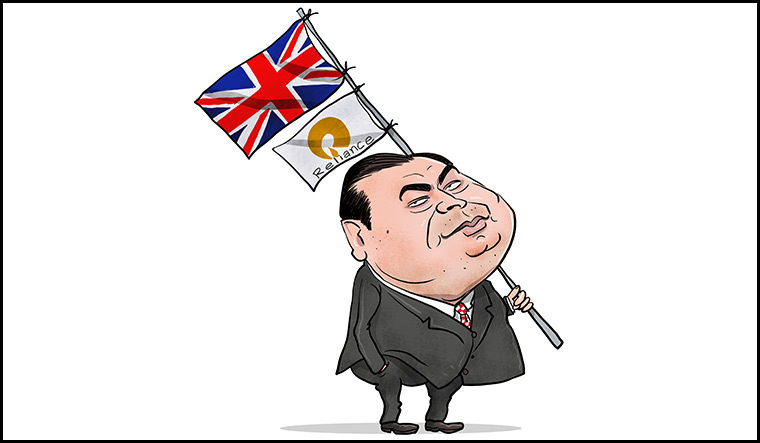 The Brits have been lax about whom they let in. In 1997, music composer Nadeem Akhtar Saifi of the ill-starred Nadeem-Shravan duo sought to put distance between himself and the police in India by seeking refuge in England. Then came the turn of Vijay Mallya. More recently, Mehul Choksi and Nirav Modi used England as a transit to exotic hideaways. None of this has done Brand Britain much good.

But now, there is good news at last. The Ambanis have acquired a fabulous mansion near London. Officially, the family denies that they are relocating to the UK. So, all we will say is that Stoke Park, Buckinghamshire, sounds classier than Antilia, S.K. Barodawala Marg. 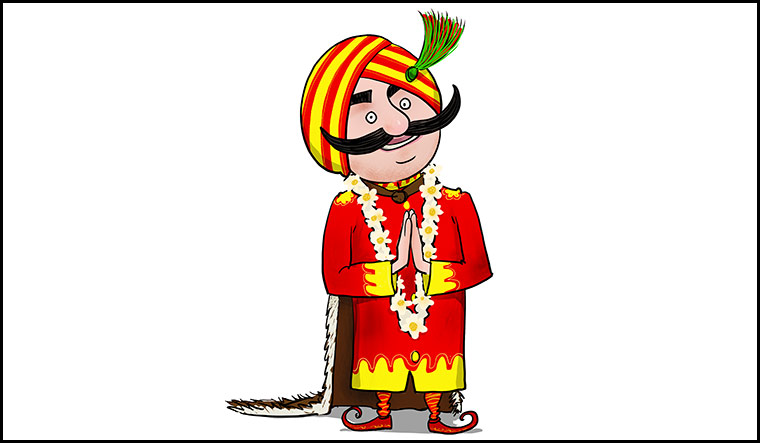 Corporate acquisitions usually leave the common man cold. But when Air India returned to the Tata fold, it was a ghar wapsi that spread good cheer all around. After all, everyone is susceptible to the Tata charm.

But, will Tata be able to re-work its magic? We are keeping our fingers crossed for even the most cynical among us have a flame of naïve hope flickering within us. Meantime, here is a ‘Welcome Back’ award to the much loved Maharajah.