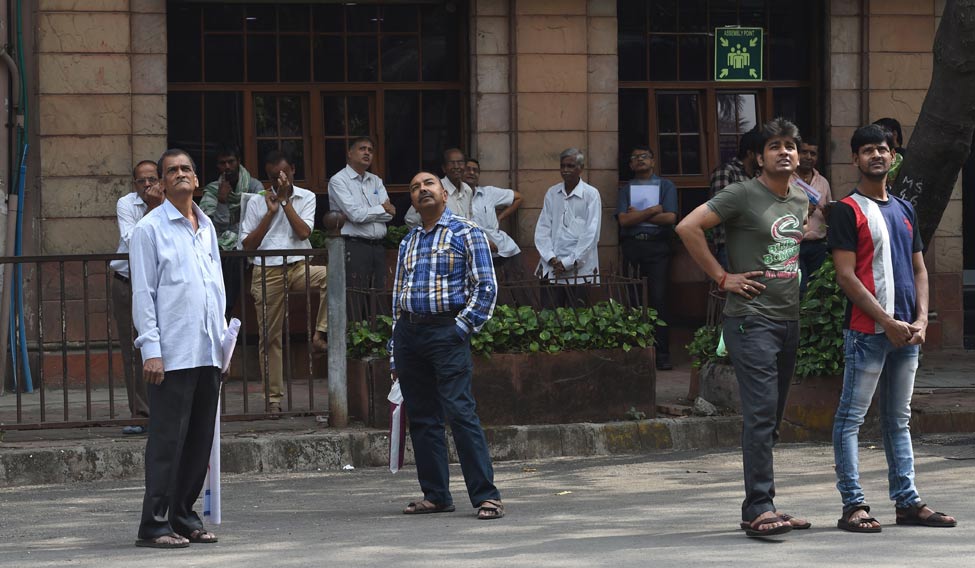 Investors seek stability. It was none more so evident than on Monday when the equity markets crashed (Sensex plunged over 800 points initially) after early trends as counting of votes in Gujarat began showed the Congress was doing well, contrary to the predictions that the BJP would comfortably win. Through the day as it became clear that the BJP was set to retain Gujarat and also win the elections in Himachal Pradesh, there was a sigh of relief and the markets did recover and further extended gains on Tuesday. The election results did give investors the jitters and a wake-up call to the government that there were critical matters that still needed to be addressed.

“Markets work on sentiment. Investors don't like instability. The exit polls and opinion polls had predicted BJP will win. So, initially when Congress was neck and neck, jitters set in. But when it became clear that BJP was in the lead, markets recovered,” said Arun Thukral, MD and CEO of Axis Securities.

The Gujarat election was the toughest test yet for Prime Minister Narendra Modi, particularly in the wake of the double impact of demonetisation and the rollout of Goods and Services Tax, which had hurt economic growth and rattled the trader community, a major vote bank in his backyard.

With the BJP winning in Gujarat as well as Himachal Pradesh, now there is expectation among the wider market and business community that the reforms process will continue in the wake of continued political stability.

“Given our federal system, markets want national leaders to be secure enough to undertake major reforms despite the risk of alienating key constituencies in the short-term,” said Anand Mahindra, chairman of the Mahindra Group.

However, the narrow election victory was also a signal for the Narendra Modi government, that it still needs to address issues like job creation and farm distress, say analysts.

“There is a feeling that the government will go back to the drawing board and now even in the Budget, they will look at creating more jobs; though it was on their agenda, they will take it more seriously. There will be more focus on farmers' income, improving their living condition, on creation of better infrastructure for urban poor etc,” said Thukral of Axis Securities.

It is a sentiment echoed by others too who feel the government will now increasingly seek to soothe voters across the country's vast hinterlands, even as it is unlikely to deviate away from the current reforms track.

“We do not see any major shift in the government's economic policies as it will likely continue with execution of broader ongoing reforms in areas of fiscal (GST) and investment (ease of doing business) and increase focus on specific programmes to revive investment and the rural economy (increased spending on rural electricity, roads and water),” said Sanjeev Prasad, co-head of Kotak Institutional Equities.

Sandeep Jajodia, president of industry body ASSOCHAM, hopes the new BJP governments in the states will focus on agriculture and industry, particularly the small and medium enterprises.

However, the tougher reforms like those related to labour and land may take a backseat, as the government would not want to disrupt the apple cart now, with eight assembly elections looming ahead in 2018 and the parliamentary elections in 2019, says Madan Sabnavis, chief economist at ratings agency CARE.

“All the major reforms that had to be undertaken, like GST, have already been taken. Next year will be one year before the general elections. Therefore, they won't do anything harsh at that particular point of time. There are two tricky reforms—labour and land reforms—which I don't think will be taken up. So, now whatever budgets that we have, I would not call them populist, but don't expect anything drastic,” said Sabnavis.

ASSOCHAM too feels that “political realities” will weigh on economic decisions of the government in 2018.

“In the run-up to the 2019 Lok Sabha elections, states including Rajasthan, Madhya Pradesh, Chhatisgarh and Karnataka are due for polls in 2018. Inevitably, it would be the popular voters' sentiment that would be factored by the Centre and the state governments in their policies. Any tough reforms, like flexibilities in labour laws may not go well with the popular sentiment and thus, India Inc's expectations on this front should be muted,” said the industry chamber.

It expects a “major attention” from the government to the farm economy and also feels that inflation, which has risen sharply in the last couple of months, would be the top priority of the government in election years and in the trade-off growth may not get as much importance.

Your form could not be submitted.
This browser settings will not support to add bookmarks programmatically. Please press Ctrl+D or change settings to bookmark this page.
Topics : #Gujarat election results 2017 | #Gujarat elections | #economy