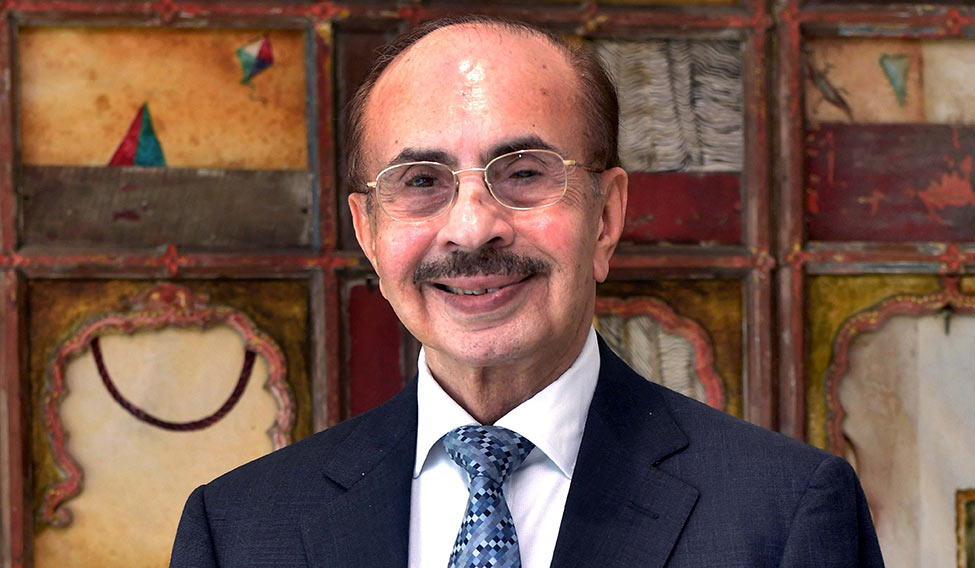 His is a name you see on soap covers, air-conditioners and spacecraft engines, and you see them in Santiago, Johannesburg and Kuala Lumpur. Adi Godrej, 75, took his family business to market leadership in several categories and geographies. Though he handed over the reins of the group’s flagship, Godrej Consumer Products Ltd (GCPL), to daughter Nisaba earlier this year, he still keeps a close watch on the businesses and the larger economy. In an exclusive interview with THE WEEK, Godrej talks about the goods and services tax, demonetisation and why you should not worry too much about the dip in the growth rate. Excerpts:

India’s GDP growth rate came down sharply in the April-June quarter. Is it a worrying situation?

The reason April-June GDP growth was low was, the growth in June was very low. June was the month before GST was to be introduced. GST is a major change and there are many items in which the GST rate is lower than the combined tax rates used to be earlier. When it is lower, obviously, people are not going to clear goods, when by waiting for a few more days, you could clear at lower rates. So, there was de-stocking in the trade and even companies showed lower production. For example, in our case, in soaps, the GST rate is about 7-8 per cent lower than the old combination of excise and VAT (valued added tax). Obviously, we are not going to clear at the old rates and keep stocks. At the same time, we didn’t want our factories to stop. So, we continued production and cleared the goods only after the new GST rates came into force. So, our production reported in June would be very low. People don’t seem to have realised it properly. I think growth rates in July-September will be very good.

Is the current form of the GST, with multiple tax slabs, the right way to do it?

I am by and large quite happy. In a country like India, you have to have different rates. Are you going to charge the same taxes in a country like India? I don’t think we should compare ourselves with developed countries, where these taxes are prevalent. You can’t have the same rates of taxes for the normal food items consumed by the common people and items of luxury consumed by the affluent. You are going to have several different rates. You had them in excise duty, you had them in VAT.

How much of an impact do you envisage on your businesses from GST?

Overall, GST is going to be extremely beneficial to the economy. How beneficial, we will come to know when the figures are out. In our company, we feel we will benefit tremendously. You don’t have to compete with people who evade taxes, all the rates are visible, overall the costs will be lower, sales will be much higher. We will really come to know of the full economic benefits after six months.

It’s too early to comment. I feel the advantages of demonetisation will be long term. Clearly, I feel the use of black money has come down. So, that is a great benefit. Now, what economic benefits it will have, we will only know after a year or two. One of the problems of demonetisation was that the remonetisation wasn’t fast enough. They should have been ready with new currency when something like this was planned, which they weren’t. If the remonetisation had been fast enough, a lot of the pain would have been avoided. It will be good in the long run, because it will avoid fake currency, it will avoid black money, so there would be many advantages. 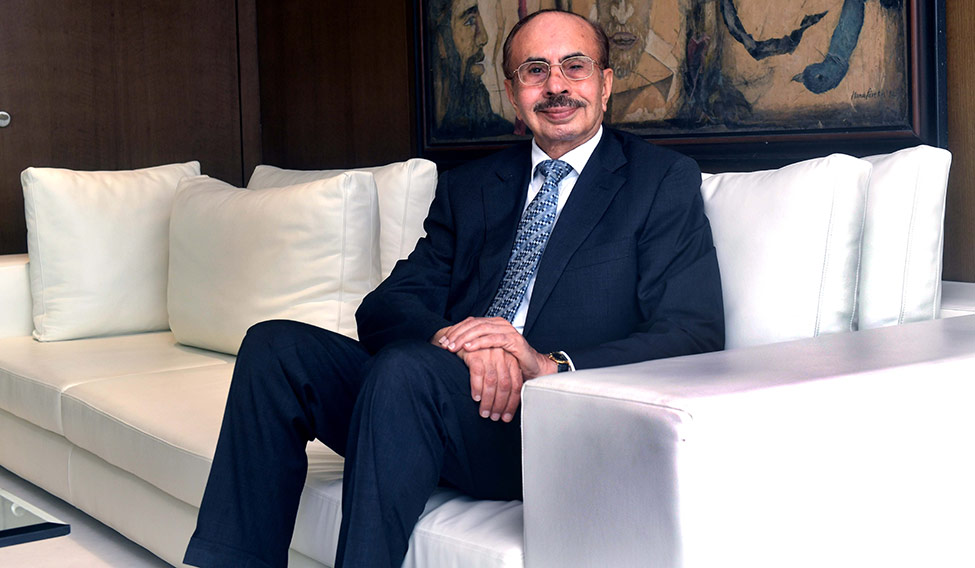 But, we have seen 99 per cent of the demonetised currency returning to the Central bank.

What did we expect? People will burn the money at home? People will pay tax on the money deposited. In a country where agriculture income is free of tax, agriculturists will always be able to change black money for white; you show higher income. Some of it will be taxed, some of the people have already paid additional tax and more will be taxed. Some of it (banned notes) got converted, there was open market going on where you paid 30-35 per cent. What were they expecting? Would people make a bonfire of currency notes?

The cash-driven wholesale consumer trade took a huge hit post demonetisation. This has hurt consumer goods companies. Have they recovered over the past few months?

Some normalcy did return, but with GST, there will be some teething problems. Why is the wholesale trade cash-driven? The gross margin in the wholesale trade is 1.5 per cent. How will you then do payments? With credit cards? What is the cost? The only way to do wholesale trade is cash. If you don’t have cash in the market, naturally something like that suffers. So, the trade was back to normal, but it got slightly affected by GST. It should return to normal soon.

The demonetisation and GST affected the earnings of Godrej Consumer Products Ltd. How do you see the business panning out in the rest of the year?

April-June was not such a good quarter for us. We don’t make forward predictions. But, as I said, I expect things to pan out very well overall. Consumption has been fairly normal. But, what we must remember is that the inflation has been very low. So, a lot of the sales growth, the 15-20 per cent we were showing earlier, came because of inflation. That won’t be there. Now, with GST, there will be deflation in some categories, so that will also affect sales (pricing-led or value) growth.

How do you see the business environment in the overseas markets?

Half of our turnover now comes from outside. There has been some pain in some markets (like Indonesia, lately). If somebody was in India today, they would see some pain here. But, when you have a broad base, it all averages out.

Over the past decade, you have grown a lot via acquisitions. Is that still on your agenda?

Is there any recovery in sight in the real estate sector?

There is this talk of freeing up salt pan lands to give a push to affordable housing in Mumbai. Will it work?

I am not an expert on salt pan lands, but I don’t see there is any technical problem. First of all, in a city like Mumbai, if you want prices to be reasonable, you must be allowed to construct much more on unit piece of land. The FSI (floor space index) in Mumbai is usually in the region of two and in some special cases it goes up to four. The FSI in Manhattan is 20. That is why Manhattan has a lot of construction on a small piece of land. FSI in Hong Kong and Shanghai is 10. So, if you don’t allow land to be used well, naturally there will be a shortage.

India is very short of land. We are the most densely populated large country in the world, except for Bangladesh. India is even more densely populated than Japan. So, you have to allow land usage accordingly, then solve the other problems that come from population. In Hong Kong, 40-year-old buildings have had to be broken down, because they need to build more densely. Even good buildings have been broken down. The FSI in Mumbai should be tremendously increased. It doesn’t affect the environment also too much. Just do it in a way that there are gardens in the building.

Another major issue hampering India is the lack of revival in the investment cycle. This year, too, there hasn’t been any pickup in private sector capital expenditure. What are the reasons?

Capex will be done when there is a need for more capacity. Nobody is going to not supply the market. First of all, it is very good that we are utilising existing capacity more efficiently. By adding a little bit here and there, we are able to produce more from existing plants. As soon as growth picks up, with the right policy, capex will come automatically. India’s growth rate can go well above 10 per cent. All the policies should be in favour of growth.

Our normalised growth rate is currently around 7 per cent. Then, we had a few hiccups because of the demonetisation and then this GST that I mentioned. But, the low April-June growth rate will be made up in July-September and October-December. We were extremely pessimistic in reporting the 5.7 per cent economic growth, although some people did mention that it was due to down stocking for GST and all. Overall, it (lower GDP growth) was felt as if it was an economic failure, which it wasn’t. Even in July, there were a lot of teething problems in GST, a lot of government systems were not working, their IT platform had a few issues, that is why they have extended the filing. Despite a lot of filing not being made in time, the July GST collection was more than one-twelfth of their expectation. That means it is doing very well. Mostly, the teething problems seem to have been addressed. Any major change anywhere, whether in a company, family or country, it is bound to lead to teething problems.

So, how would you rate the current state of the economy and taxation?

I think, this GST thing itself will be very helpful, because indirect taxes will be helped considerably. But rates of direct taxes also need to be looked at. We tax our companies too much. Government had promised that the maximum rate of taxes will be reduced to 25 per cent. But, they haven’t done it. Slowly, they will do one little thing at a time. Every time rates of taxes have been brought down in India, the collections have increased. So, why have higher rates? Collections are always higher with lower rates. So, this government still has to do a few things there.

Is ease of doing business improving?

We are definitely better off, but much more needs to be done. We shouldn’t sit on our laurels. India is an over-administered country. We have too much governance in everything. Of course, we, too, have over the last 25 years improved a lot. We must open up more. Don’t ask for permissions to be taken, but when someone does something wrong, you catch him. Look at building construction today. It is so delayed and so costly, because all prior permissions have to be taken. You frame the rules and say go ahead and do it. When rules are broken, you catch them, simple.

What’s your view on the future, for your businesses as well as India as a whole?

We think all our businesses will do well, be it Godrej Consumer or Godrej Properties. Our Agrovet business is doing particularly well. We think agricultural productivity will improve tremendously in India. They want a policy where the agriculture income doubles in around five years. So Godrej Agrovet will do well. We have applied for an IPO (initial public offering) for that business. Generally, we think India will do well. By purchasing power parity, today we are the third largest economy in the world. China is number one, the US is two and India is three. By 2050, I expect India will be the largest economy in the world, by purchasing power parity.

While there should be more focus on reforms, we are also seeing emergence of issues like cow protection.