We will open 400 branches in a year 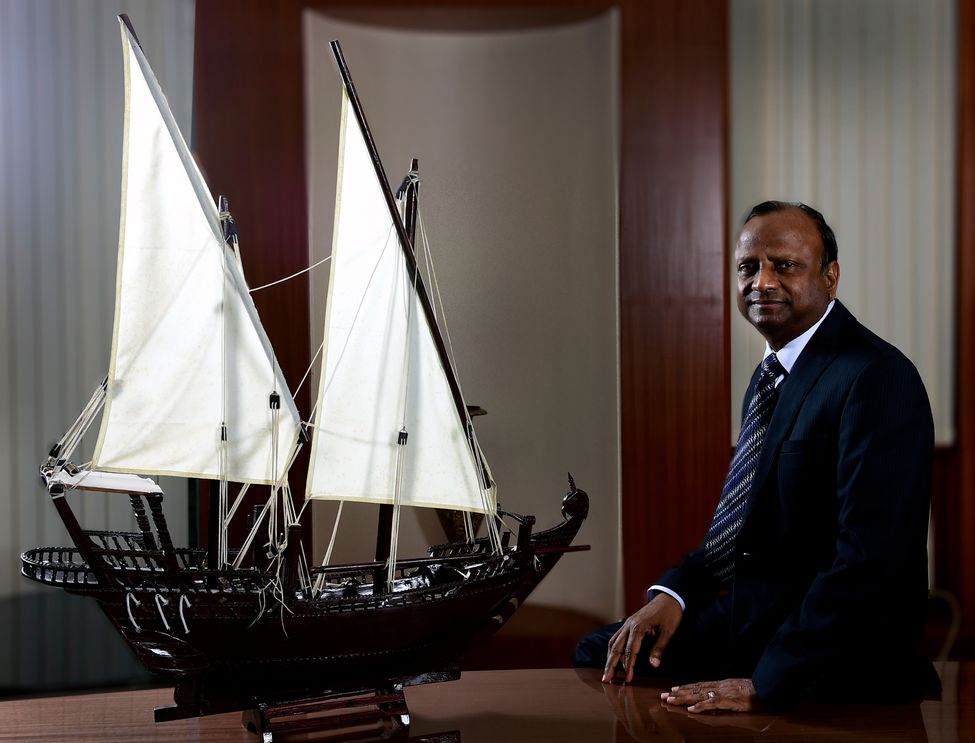 Rajnish Kumar, who took charge as chairman of State Bank of India last October, joined the bank in 1980 as a probationary officer. He went on to work in almost all departments in the banking behemoth. This experience could be his biggest asset while driving India’s biggest lender through the maze of non-performing assets. In an exclusive interview with THE WEEK, Kumar outlines his priorities and shares his views on boosting credit growth and reducing bad loans. Excerpts:

You took over as chairman amid a lot of challenges. What are the priorities that you have set for yourself?

Managing stressed assets is the biggest challenge before the bank, and our credit growth is muted. So, increasing the size of the credit portfolio is another priority. Of course, in technology SBI has to be ahead of the curve. And there is talent management and skill upgrading on the HR side. These are four or five broad priorities.

Over the past 18-24 months, interest rates have come down significantly, but the credit cycle revival hasn’t happened.

There are two sides to it. One is the supply side, which also got impacted because of the stressed assets and pressure on asset quality. The other is the demand side. Demand for corporate credit has been quite muted. One reason is that many large corporates are under stress. Second, there is overcapacity in many sectors. So, fresh investment was not happening. Largely, the investment expenditure has been coming more from the government side and less from the private sector. Corporates also have consciously de-leveraged in the last two-three years. Borrowing through commercial paper and bonds also impacts the overall numbers. When we count the credit growth, they are not counted. So a combination of factors affect the corporate credit growth. But, on the retail side, things have been doing very well.

What are the steps that SBI has initiated to revive credit growth?

The focus will be on the retail side. Last three-four years, the processes, products, the feet on the street to do the marketing [are all] working fine. Today, our turnaround time in retail credit is at par with anyone in the industry. Corporate credit [will pick up] once these resolutions start happening, the demand in certain sectors increases and the private sector investment increases. SBI is well positioned for two reasons. One is, we have good infrastructure to lend to the corporates and project financing. Second is, some rebalancing of the public sector banks’ portfolio is likely to happen where some smaller banks may have to focus more on retail and bigger banks like SBI will have more opportunities towards the corporates. So, what will happen as a result is, on retail side, there will be more intense competition. But, on the corporate side, bigger banks like SBI will be well positioned to take advantage of the emerging scenario.

At the end of the last quarter, your gross non-performing assets stood at 9.83 per cent. The RBI has projected that bad loans will continue to rise in 2018. How do you see things panning out in the backdrop of the insolvency and bankruptcy code [IBC] process?

When we talk about bad loans, we should also consider what is the stressed assets percentage. For SBI, it is 11.63 per cent, and whatever the stock of the NPAs and the stressed assets taken together, it is unlikely to increase now. What we are seeing is that, quite a few of the legacy accounts that were under stress have moved to NPA. But, fresh accretion to NPAs has come down. As the resolutions start happening—which should happen in the next two quarters—I am expecting that for quite a few big accounts there will be resolution. Once it happens, then the stressed assets or NPAs should start coming down and if the macro environment helps a little bit in credit growth, then in percentage terms also the numbers will look better.

Some experts say barring promoters from bidding for their own assets under the IBC process will impact the kind of money banks can recover. What are your thoughts?

Anyone who is going to buy will take into account value of the enterprise and the capacity of the asset to generate the cash flow. The government has not debarred the existing promoters [to bid] but has said that you clear the overdue. This is a very fair condition, because for last two-three years the existing promoters have not been able to resolve the issues. That is why we are in the NCLT [National Company Law Tribunal] situation. If the existing promoters want to continue to manage that asset, there have to be very strong reasons for the financial creditors and operational creditors to allow that situation. If you are an existing promoter, what is your proposal that gives confidence to the creditors that you will be able to manage it better? I don’t see that it is going to suppress the value of the asset or the quality of the resolution plan. So, it is the credibility of the resolution plan and credibility of the people who are putting the resolution plan which have to be evaluated.

Technology has led to a big disruption in financial services. How is SBI leveraging this?

At our GITC [Global Information Technology Centre] in Belapur, Navi Mumbai, they have identified a couple of use cases, where the blockchain technology can be used internally and we have taken the leadership position in what we call the bank chain, where other banks are also involved. Internally, in two months time, there are a couple of use cases, where we will start using it. Our technology plan includes use of robotics, artificial intelligence and blockchain in a fairly significant manner, and the whole purpose is driven by two considerations. It should either result in better experience for the customers of the bank or it should result in cost efficiencies for the bank.

Will this technological adoption impact your physical branch expansion over the next few years?

We are still opening branches. The population is growing, newer habitations keep coming and there your physical presence is required. I don’t think there will be any significant impact in the number of branches that SBI has. Post merger of our subsidiaries, we did do some optimisation and certain branches were merged. But, even after that, we do intend to open 400 branches in 12 months as there is a need for that. The branches are definitely becoming smaller in size. Earlier, if you look at SBI branches, we had even branches where 700-800 people used to work in what we call main branches. Now, where 70-80 people work is a large branch. The format, the design, the size of the branch will undergo a change. But, for a country which is still big, a physical presence will matter and will be required.

SBI Life Insurance was listed in 2017. What’s the road map for monetising other subsidiaries?

We have at least three subsidiaries that would be good candidates for entering the market—SBI Mutual Fund, SBI General Insurance and SBI Cards. In the next two years, at least, we will improve their business levels, their profits. Once we have done that, we may consider listing all the three firms. SBI Mutual Fund and SBI Cards came much earlier than SBI Life Insurance. But, the requirement of capital in the life insurance business is much higher. SBI Cards and SBI Mutual Fund are capital light companies. But the bank would definitely unlock value and we must get benefit in both ways. One is value accretion in the subsidiaries, and the other is encashing a part of it wherever there is a possibility of encashing. That is the overall broad plan. The first plan would be to take them to a higher level of performance in two years’ time and then think of listing.

To what extent will the bank recapitalisation announced by the government help and how much does SBI expect from it?

SBI is slightly in a different position. You can put us on the top of the ladder or put us at the bottom of the ladder; both ways it can work. So, if there are pressing needs to invest capital in certain other public sector banks, so that they are able to meet the international capital adequacy requirement, and if that receives priority and which is likely to be the case, we will come at the bottom of the ladder. If it is on the efficiency parameters, capability to use that capital more efficiently, then probably SBI would be the first choice. All of us have given the calculations and requirements, and depending upon how much headroom the government has, they will be able to decide the allocation. But, I think it should happen in January.

Is the number of people you hire year-on-year going to come down?

Slightly, yes. Every year, we have 13,000-14,000 people retiring. It may not be a head-to-head replacement. The way we have planned is that, we will replace 70 per cent to 75 per cent of the people. If we don’t replace, in three-four years we will have huge gap at the middle level. Therefore, as a strategy, we should continue to hire people. But, yes, it need not be at the same level.

Now that the merger of subsidiaries is done, would SBI be keen on acquisitions? The government has been talking about consolidation.

Not as of now. This year we have consumed six banks. Even if you look at it from the overall risk management perspective, the institution is becoming so large. I won’t consider it to be a very advisable thing to do. At this stage, we are not looking at any further acquisitions or mergers particularly to grow my balance sheet. We have a decent size, decent market share. How do we use our size to improve efficiency, generate reasonable return on assets and equity—that would be the priority.