Indian economy may touch $30 trillion in next 30 years: Piyush Goyal 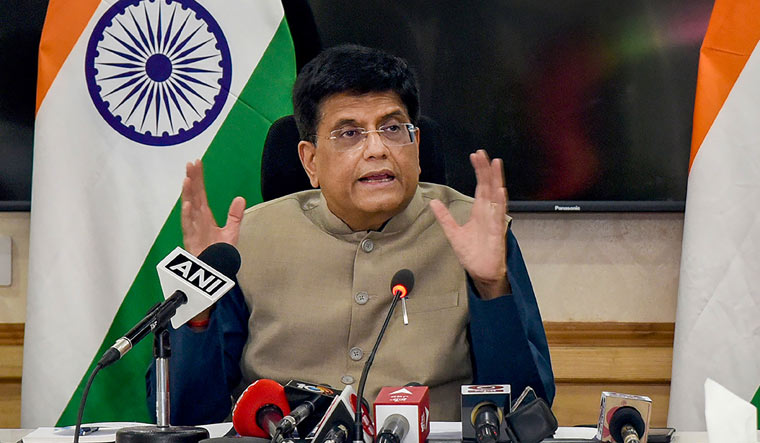 India is one of the fastest-growing economies in the world and it is expected to reach $30 trillion in the coming 30 years, Commerce and Industry Minister Piyush Goyal said on Sunday.

If India grows at 8 per cent every year on a compounded annual growth basis, the economy will double in about nine years, he said.

The country's economy at present stood at about $3.2 trillion and in nine years from today, he said, it will be about $6.5 trillion.

Some "naysayers" have raised questions on these numbers but they should come to places like Tiruppur to see the significant jump in the growth of sectors like textiles, he said.

Goyal also said the country's economy is growing at a healthy pace even in the current challenging times because of the ongoing war between Ukraine and Russia and Covid-19 pandemic.

The war has led to a shortage of certain commodities in the global markets and it has pushed the world inflation, but India has managed to maintain its inflation at a reasonable level, the minister noted.

For "most of the items, we have been able to maintain the prices much better" even as compared to the developed world, he said.

Talking about the textiles industry, he said the industry size at present is about Rs 10 lakh crore and exports are about Rs 3.5 lakh crore.

Given the potential, the industry is targeting to reach Rs 20 lakh crore in terms of industry size and Rs 10 lakh crore exports in the next five years.

He also informed that Tiruppur has become a global apparel hub and is exporting goods worth over Rs 30,000 crore from Rs 15 crore, 37 years back.

There is a need to create 75 such textile cities in the country, Goyal, who also holds the textiles portfolio, said, adding huge job opportunities are there here in the textiles industry.

"Huge job and investment opportunities can be created in the textiles sector. There is immense potential in the sector," the minister noted.