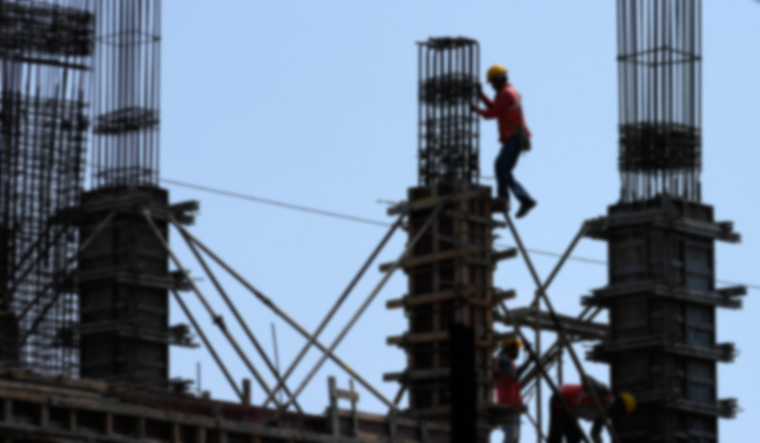 Even as the provisional estimate of GDP released last month established that the Indian economy in 2021-22 has fully recovered from the pre-pandemic GDP level of 2019-20, the headwinds for the global growth in terms of rising commodity prices and supply chain bottlenecks will impact India’s economy too. However, the country's growth will still be higher than the other emerging economies.

“The high-wire balancing act between maintaining growth momentum, restraining inflation, keeping the fiscal deficit within budget and ensuring a gradual evolution of the exchange rate in line with underlying external fundamentals of the economy is the challenge for policy making this financial year,” the latest finance ministry's Monthly Economic Review, May 2022, said.

The report said that the successful pulling it off will require prioritising macroeconomic stability over near-term growth. The reward for such a policy discipline will be the availability of adequate domestic and foreign capital to finance India’s investment needs and economic growth that fulfils the employment and quality of life aspirations of millions of Indians.

Among the near-term challenges, the ministry reports said that India has to manage its fiscal deficit, sustain economic growth, rein in inflation and containing the current account deficit while maintaining a fair value of the Indian currency.

“Many countries around the world, including and especially developed countries, face similar challenges. India is relatively better placed to weather these challenges because of its financial sector stability and its vaccination success in enabling the economy to open up.”

The report said the country's medium-term growth prospects remain bright as pent-up capacity expansion in the private sector is expected to drive capital formation and employment generation in the rest of this decade.

“The growth momentum of Q4 of 2021-22 has carried into the Q1 of 2022-23 as seen in several high frequency economic indicators for India. The composite PMI for India has risen to its highest level in the last 18 months. In contrast, the growth of world output appears to be stalling with composite PMI of the US, the UK and the Eurozone declining appreciably from April to May.”

The economic report said that the World was looking at a distinct possibility of widespread stagflation. India, however, is at low risk of stagflation, owing to its prudent stabilization policies.

“RBI’s monetary policy is now fully dedicated to reining in inflation pressures in the economy. It is raising repo rates and withdrawing excess liquidity from the banking system after inflation has remained persistently above 6 per cent for four consecutive months. Around the same time, government also shared the heavy lifting for inflation control by effecting duty cuts and targeting subsidies to protect the needy against the price rise. The impact of these measures and subsequent ones, if any, on growth and inflation will manifest in the data in the coming months.”

With the government revenues taking a hit following cuts in excise duties on diesel and petrol, an upside risk to the budgeted level of gross fiscal deficit has emerged, the ministry report said.

“Increase in the fiscal deficit may cause the current account deficit to widen, compounding the effect of costlier imports, and weaken the value of the rupee thereby further aggravating external imbalances, creating the risk of a cycle of wider deficits and a weaker currency.”