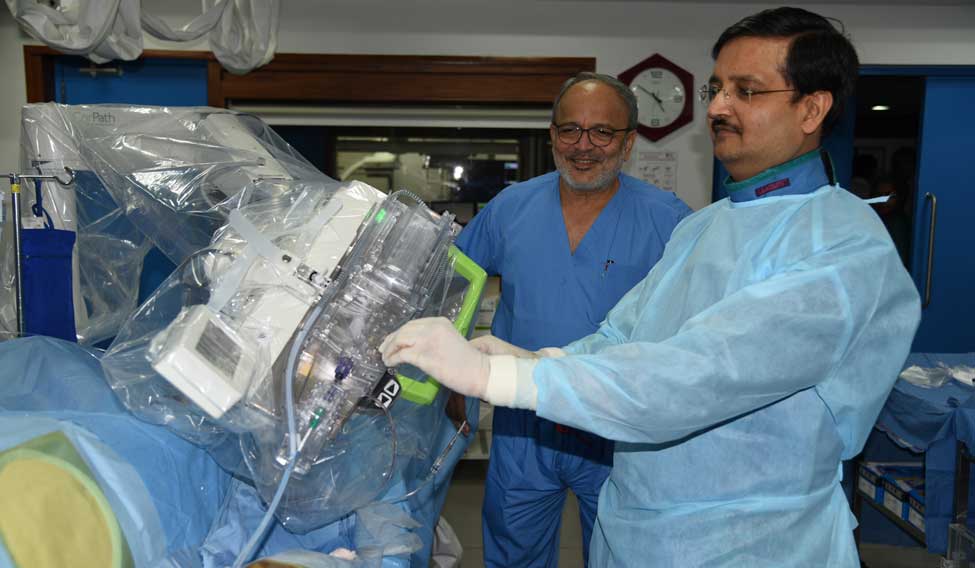 Coronary angioplasty/stenting is quite a common procedure in India and is being performed widely.

Dr Patel and his colleague, cardiologist Dr Sanjay Shah, claimed in Ahmedabad on Thursday that the institute has become the first in the world, outside the US, to introduce this technique wherein a robot performs angioplasty/stenting. The robotic arm is guided by doctors through computers. The doctors are seated in an “interventional cockpit”, about five feet away from the procedure area.

He said that vascular robotics system, CorPath GRX, approved by the US FDA, is being used in the USA for the last one year and the system has been introduced at the Apex Heart Institute about a month ago.

In a month's time, the team at the institute has performed 57 robotic surgeries and they had to shift to manual procedure only in six cases. “The decisions are taken considering the respective patient's condition and interest,” Dr Patel said.

He said that, while the human hand has a precision ranging from 5 mm to 10 mm, the robot assisted surgery can get a precision of 1 mm.

The facility has been installed at a cost of $1.5 million, Dr Patel said, adding that the cost was equivalent to buying three cath labs.

The institute's first robotic assisted stenting was performed via right dorsal transradial access by Dr Patel within three weeks of Vascular Robotics Installation at the Centre.

Replying to a question, Dr Patel said that in addition to the normal cost of procedure, robotic assisted procedure costs anywhere between Rs 50,000 and Rs 1.50 lakh more.

He, however, said that currently they were not charging extra money and that they also had a Foundation, which would chip in with the differential money, if the patient cannot afford the treatment. Consent of the relatives and patients are taken before taking a decision on the kind of procedure to be performed.

The robotic procedure takes as much time like a normal procedure.

The Apex Heart Institute will also train interventional cardiologists from India and all over the world on robotic assisted percutaneous coronary interventions (PCI).

Your form could not be submitted.
This browser settings will not support to add bookmarks programmatically. Please press Ctrl+D or change settings to bookmark this page.
Topics : #Robotics | #Healthcare